In our Tools of the Trade series, James Cartwright explores the devices that, from humble beginnings, have gone on to change the course of creative scenes. From the Risograph’s imperfect charm to the defect machine that inspired the evolution of hip-hop, discover the tools whose legacies continue to define the way we work.

What are the Beastie Boys getting at here? To be honest I’m still not sure. Aged ten, I had even less of a clue; hanging around in skate shops on Saturday afternoons I caught snippets of tracks from their Hello Nasty album and was inadvertently exposed to my first lyrical reference to 808, a number that meant nothing to me. 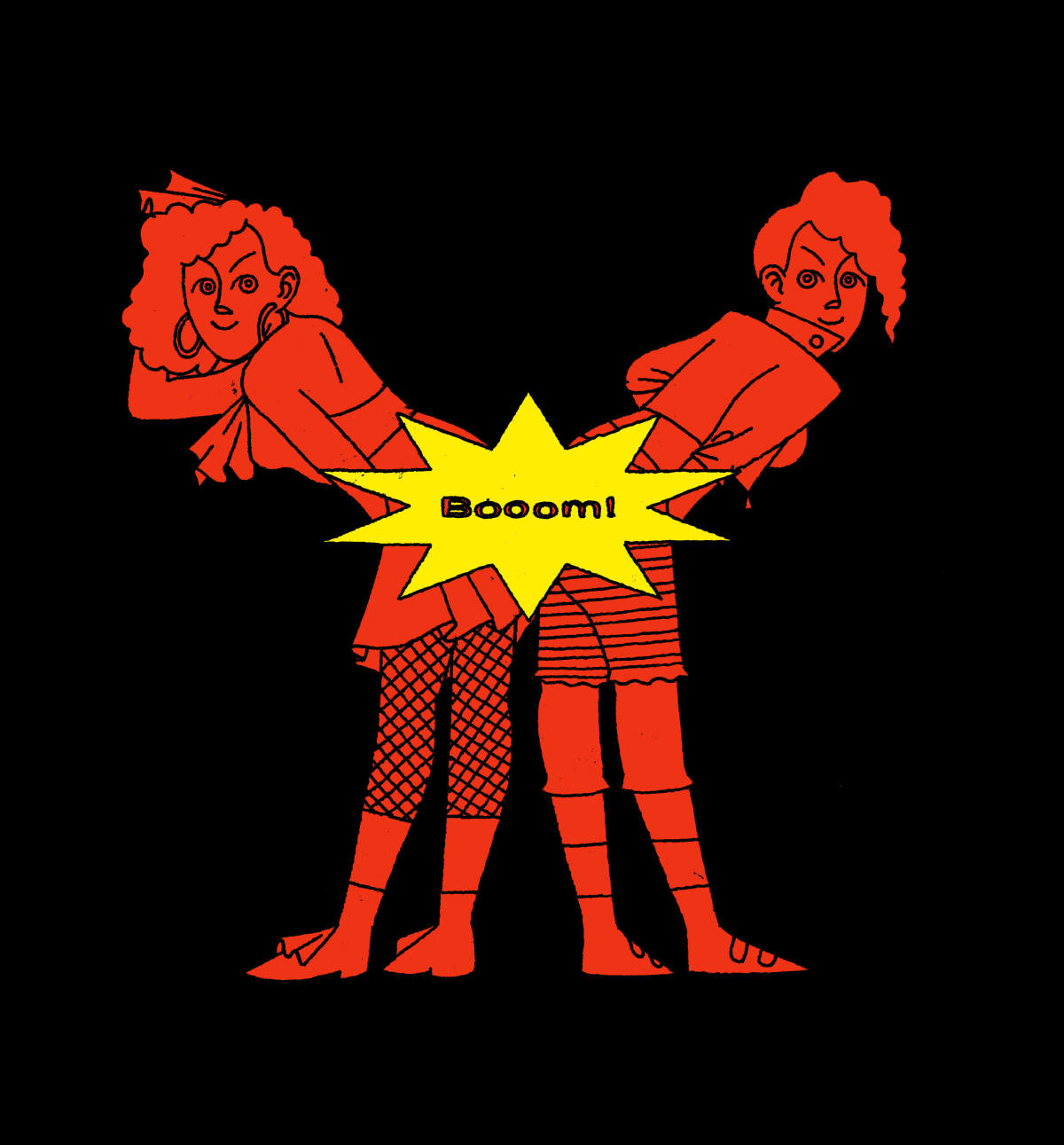 It wasn’t until a few years later – having bought Hello Nasty, worn out the CD and studied the lyrics – that I discovered the 808 of which they spoke was, in fact, the TR-808, a drum machine of legendary status that both gave birth to hip-hop and pushed its evolution for the next 40 years.

What’s that? You’re not a fan of hip-hop? Not a problem, the 808’s reach went well beyond one genre. Talking Heads and Phil Collins, Whitney Houston and Marvin Gaye, Soulwax and Felix da Housecat were all reliant on this multifaceted machine to push acid house, techno, jungle and drum ‘n’ bass, EDM, breakbeat, R&B, alt-pop and just plain old pop to the masses.

But hip-hop is undeniably the spiritual home of the 808; its thumping bass and tinny hi-hat immortalized in both the beats and lyrics of hundreds of tracks over the decades.

Like all cultural items that achieve cult status, the origins of the 808 are inauspicious, almost entirely divorced from its future fame. Its story begins with Japanese engineer Ikutaro ‘Taro’ Kakehashi, an Osaka native who took a circuitous path to music, transitioning from watch repairing to synthesizer building in just a few years. With no musical training himself, Taro’s business strategy was to build instruments that could be played without years of instruction – that were simple, intuitive, portable and cheap.

Taro’s business strategy was to build instruments that could be played without years of instruction.
tweet

Under the name Ace Electronic Industries, he designed various hand-operated drum machines for the Hammond Organ Company and sold white-label units for Multivox and Bentley Rhythm Ace in the US and UK respectively.

But Taro had ambitions beyond making unbranded drum machines for other companies. He wanted his creations to have a dedicated fanbase of their own. In 1972 he founded Roland, a now universally known name among modern musicians, releasing a range of drum machines and synthesizers that achieved commercial success with amateurs and professionals alike.

By 1980, Roland was a reputable brand in Japan and Taro made two moves to ensure future international expansion. First, he confronted an issue that had hampered electronic music since its inception, suggesting an industry standard that would make all brands of drum machines and synthesizers compatible. The result, later named MIDI (Musical Instrument Digital Interface) laid foundations that allowed electronic music to explode and synthesizer manufacturers to get rich in the process. 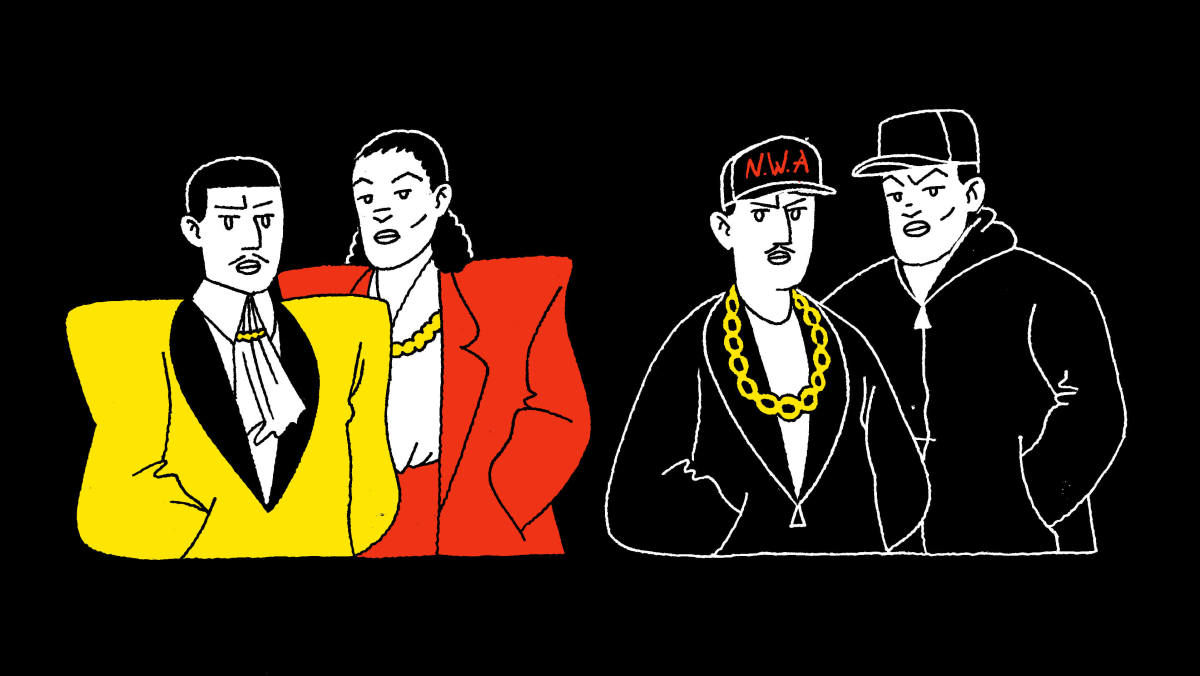 Simultaneously, Taro was putting the final touches to a new drum machine designed to finally oust real-life drummers from the stage. The TR-808 was unlike anything attempted before, allowing users to programme complex beats and manipulate 16 different pre-programmed bass drums, tom toms, hand claps, cymbals and snares. It was the first of its kind to synthesize drum noises instead of playing pre-recorded sounds, which was wholly unique on the market.

There was just one problem – the sounds were nothing like the real thing. The bass drum sounded like a mechanical fault in a subwoofer, the hi-hat like someone flicking an aluminium foil baking tray, and the hand claps couldn’t have been further from the sound of skin on skin.

In the early 1980s, audiences were still accustomed to the sound of real instruments, and the otherworldly audio pumped out of the 808 was too much new noise too soon. Critical response was damning – one reviewer said the sound was like marching anteaters – and by 1983 Roland ceased production of the model having sold only 12,000 units worldwide.

The otherworldly audio pumped out of the 808 was too much new noise too soon.
tweet

Not your typical success story. But it’s here that the paths of the TR-808 and hip-hop become entwined. Although a critical flop, the 808 was cheap; it only cost $1,200 while its nearest rival retailed for five times the price. As a result it found its way into the makeshift studios of a new generation of musicians at the forefront of genres that didn’t yet have a name.

Specifically, it was adopted by Lance Taylor, a rapper and producer from the Bronx better known by his stage name, Afrika Bambaataa. A devotee of Kraftwerk and the nascent electronic movement, Bambaataa began rapping over samples of the Krautrockers’ records and beefing up his sound with beats from a borrowed TR-808. The result was 1982’s Planet Rock, a single that achieved only modest success on release but paved the way for a host of new styles.

The ripples of Planet Rock are visible in the strangest of places, from the hardcore rap of N.W.A. to the smooth grooves of Miami Bass , the crooning of Phil Collins’ Another Day in Paradise to the all-out dance floor filling of Lil John and Usher’s Yeah.

This didn’t happen overnight though. Bambaataa’s masterpiece first found fame in the underground clubs of the US. Remix culture was still in its infancy but already had plenty of devotees on both sides of the country. In Compton, California, an electronic outfit that called themselves the World Class Wreckin’ Cru were beginning to generate a buzz, their outlandish outfits and eclectic samples playing fast and loose with disco, rap and electronic aesthetics. 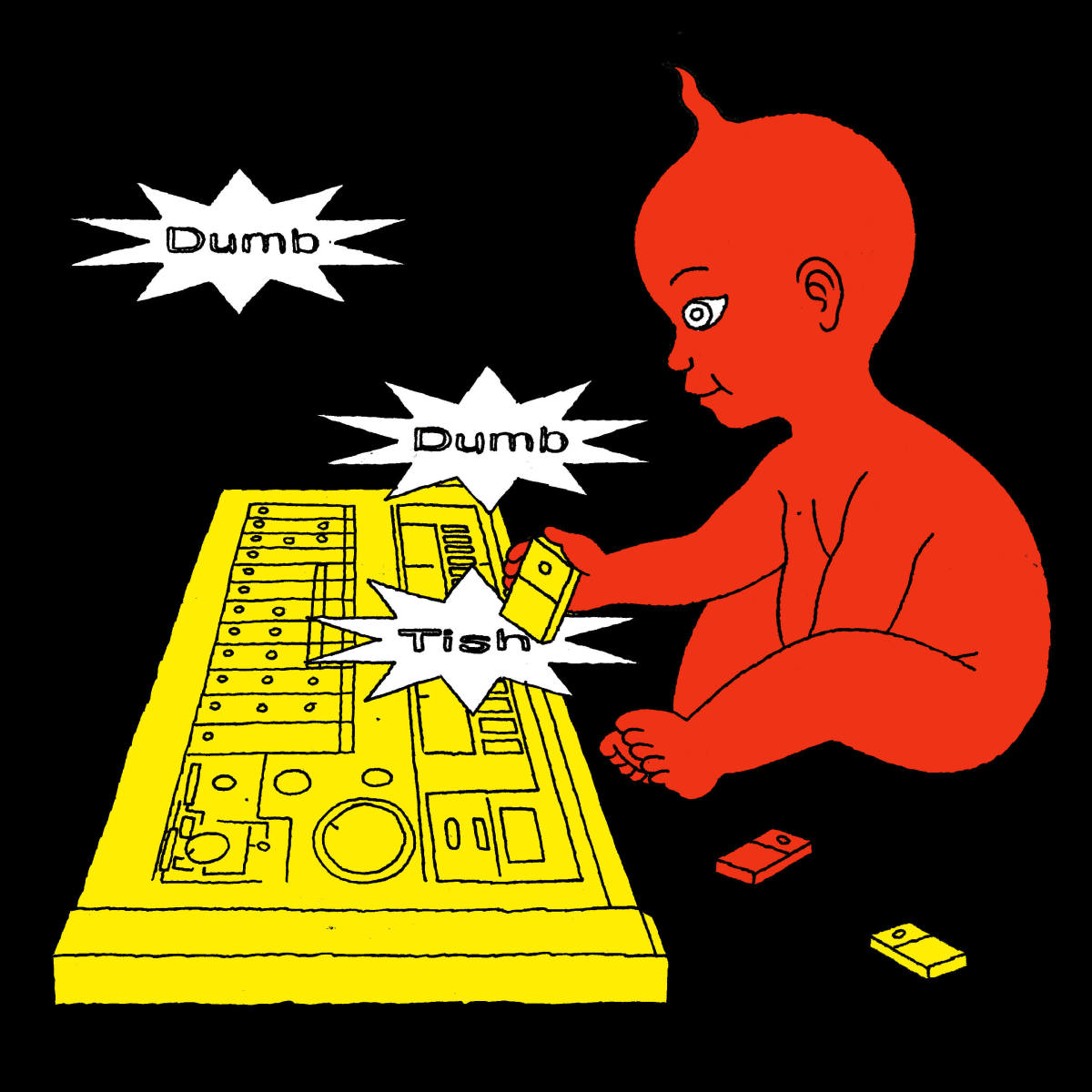 The two musical masterminds behind the Cru had been heavily influenced by Bambaataa and were early adopters of the 808 sound. They went by the aliases Dr Dre and DJ Yella.

While the World Class Wreckin’ Cru only existed for a couple of years, their spin-off band would become one of the most influential hip-hop acts of its day. In 1986, Dre and Yella quit the Cru to found N.W.A., the earliest progenitors of gangster rap whose debut album and many later releases were defined by the beats of the 808. The influence of N.W.A and its members can’t be underestimated, with Dr. Dre going on to become one of the most successful artists of the next three decades. You probably own some of his headphones.

Simultaneously, the 808 was proving popular with more established musical figures. In 1981, Marvin Gaye was having a tough old time. Strung out from drug addiction, facing huge tax debts, with both his marriage and his relationship with his record label Motown at breaking point, he holed up to recuperate in Ostend, Belgium.

That track became Sexual Healing, a song that has since gone triple platinum and led to innumerable conceptions across the globe.
tweet

He began to write new music, and the studio he used was kitted out with snazzy new technology, including a drum machine for which Gaye developed a deep affection. On the lookout for a new sound and recently influenced by the reggae scene he’d discovered in London, Gaye began to meticulously programme the beats for a new tune. That track became Sexual Healing, a song that has since gone triple platinum and led to innumerable conceptions across the globe.

As the years wore on, the 808 won more and more fans, its crossover appeal endearing it to artists and producers as varied as Rick Rubin, LL Cool J, Tom Tom Club and Whitney Houston. By the late 1980s whole songs were written to pay homage to its distinctive sound – LTrimm’s Cars With The Boom is arguably the most absurd of these works, while Kanye’s 808’s and Heartbreak is perhaps the most comprehensive.

The potential for customization was another factor in the 808’s appeal; artists were able to tweak every digital preset to create a sound that was uniquely theirs. Pushing the “decay” knob beyond its programmed limits produced an oversized bass sound responsible for blowing its fair share of speakers, while manipulating other functions permitted a series of strange robotic sounds. 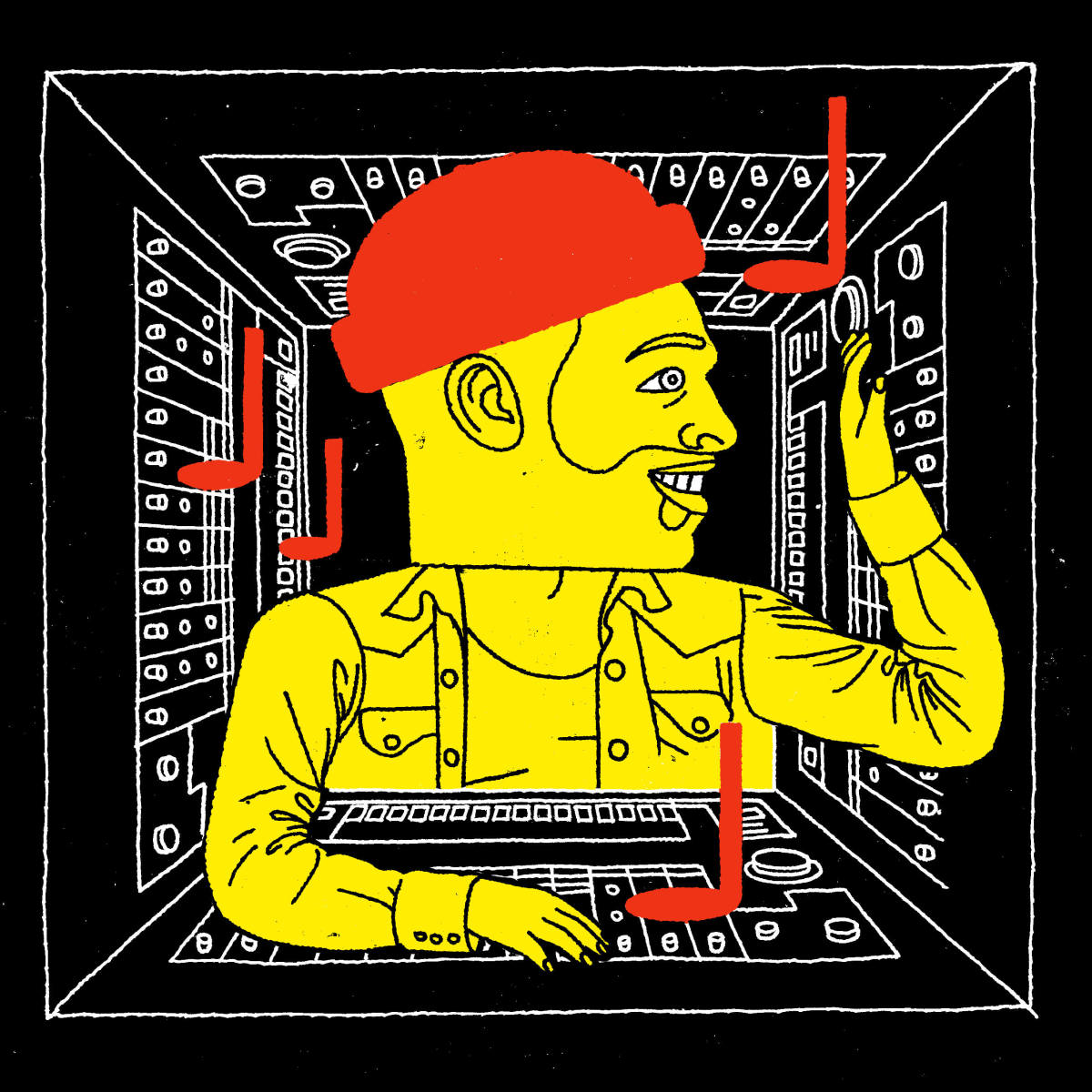 So did this notoriety spell huge sales for Roland? Not one bit. Those 12,000 units are still the only ones ever made. According to Taro, the secret of the 808s sound was in fact a faulty transistor (the TR in TR-808 stands for transistor).

Only 12,000 transistors were purchased, and so only 12,000 808 units were made. The necessary glitch that gave the 808 sound its distinctive fizz was never replicated. Of course the company cashed in on the cult of its signature machine, but the scarcity of the 808 was just another side to its cult appeal.

The popularity of the 808 still shows no signs of dimming. We’re still feeling its effects in every single piece of trap that emerges from the South of the US. That high-speed hi-hat beat for which the genre is known came from the customized 808 of Mannie Fresh, the producer who helped define the sounds of artists like Lil Wayne, T-Pain and Young Jeezy.

What happens next for the 808 is anyone’s guess. In 2017 Taro died aged 87, and without him the singular vision of Roland may fade. For the time being, his legacy is alive and well in Spotify playlists the world over, not to mention in scenes that have yet to find their footing in the mainstream. 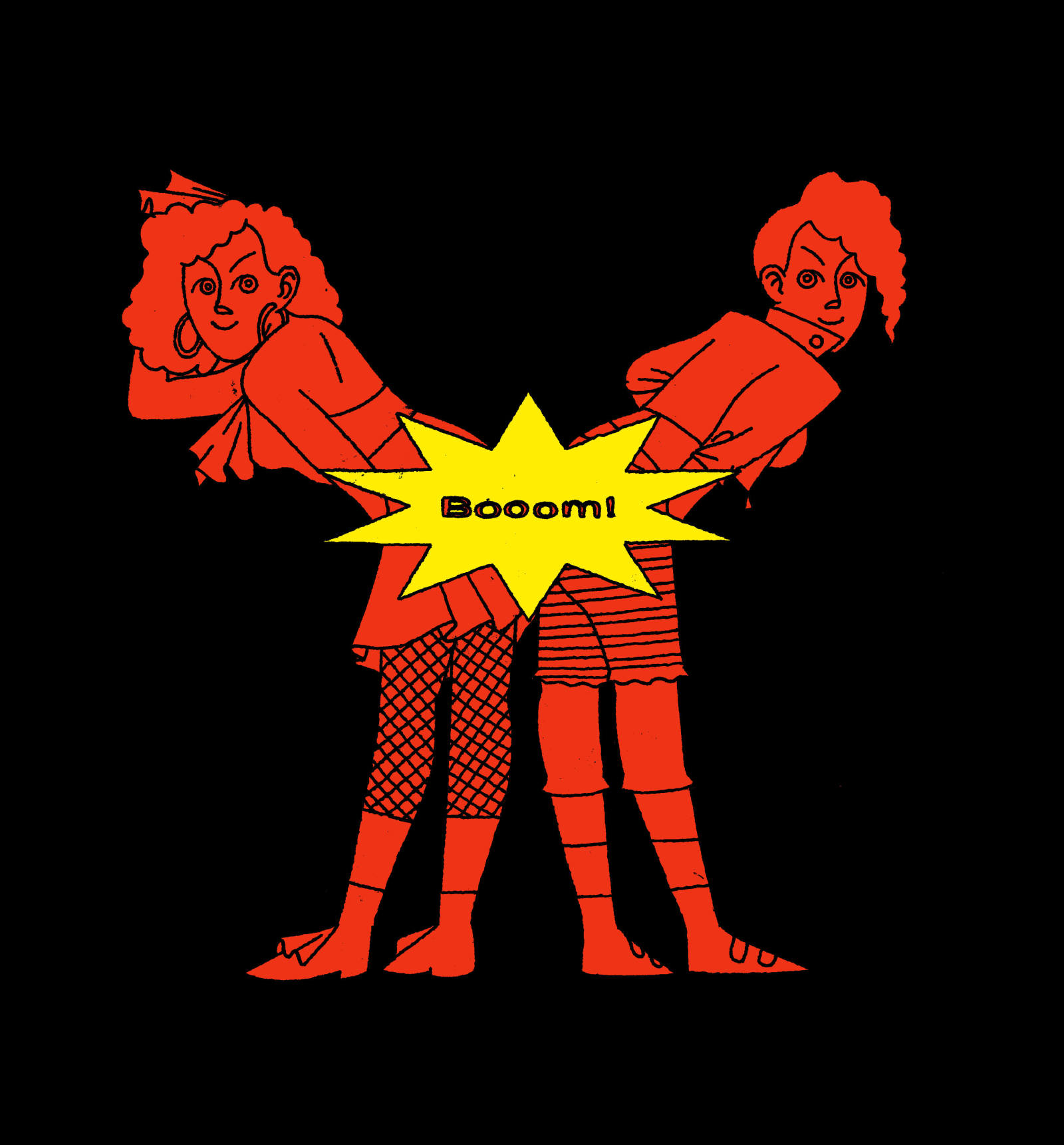 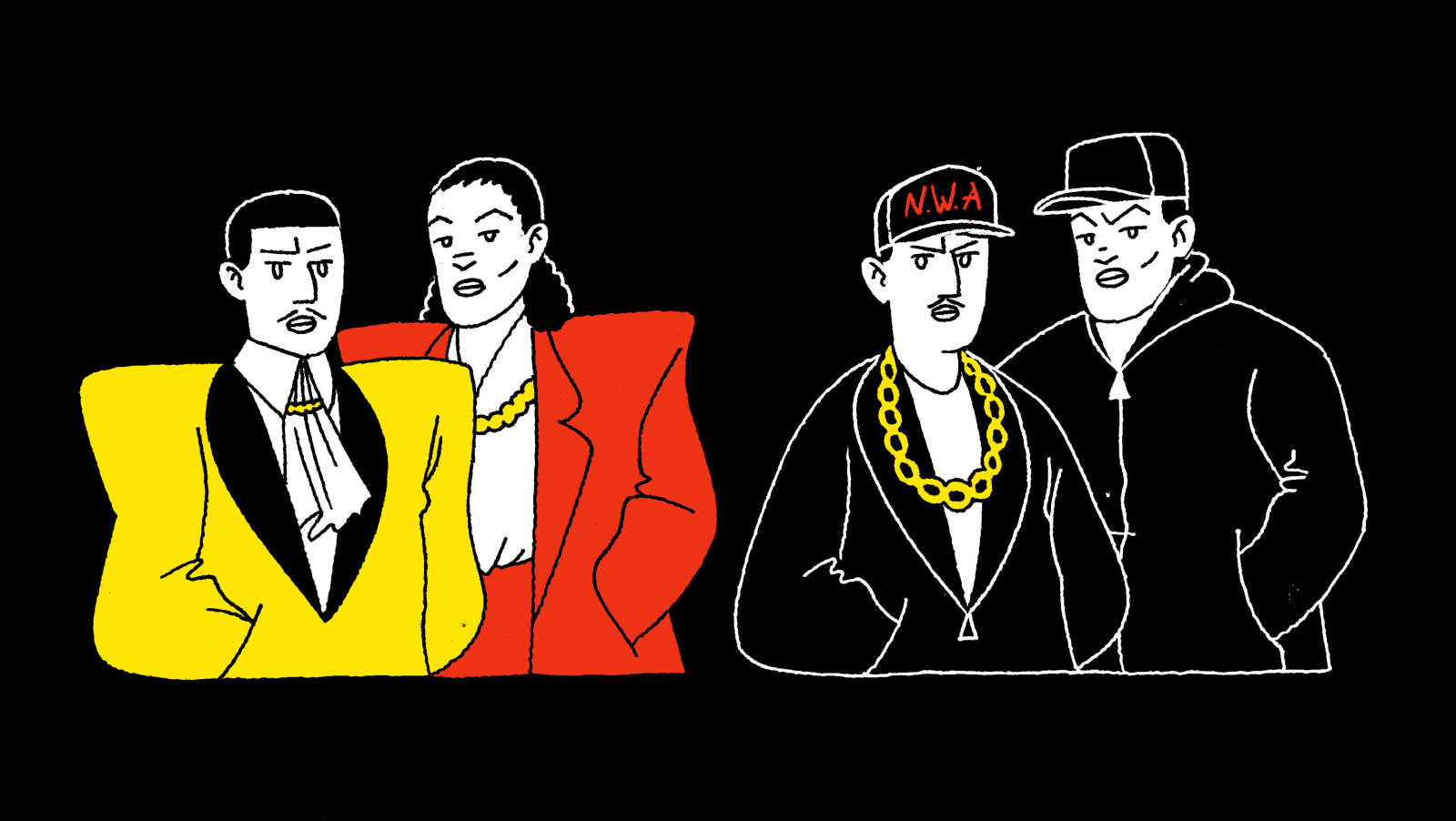 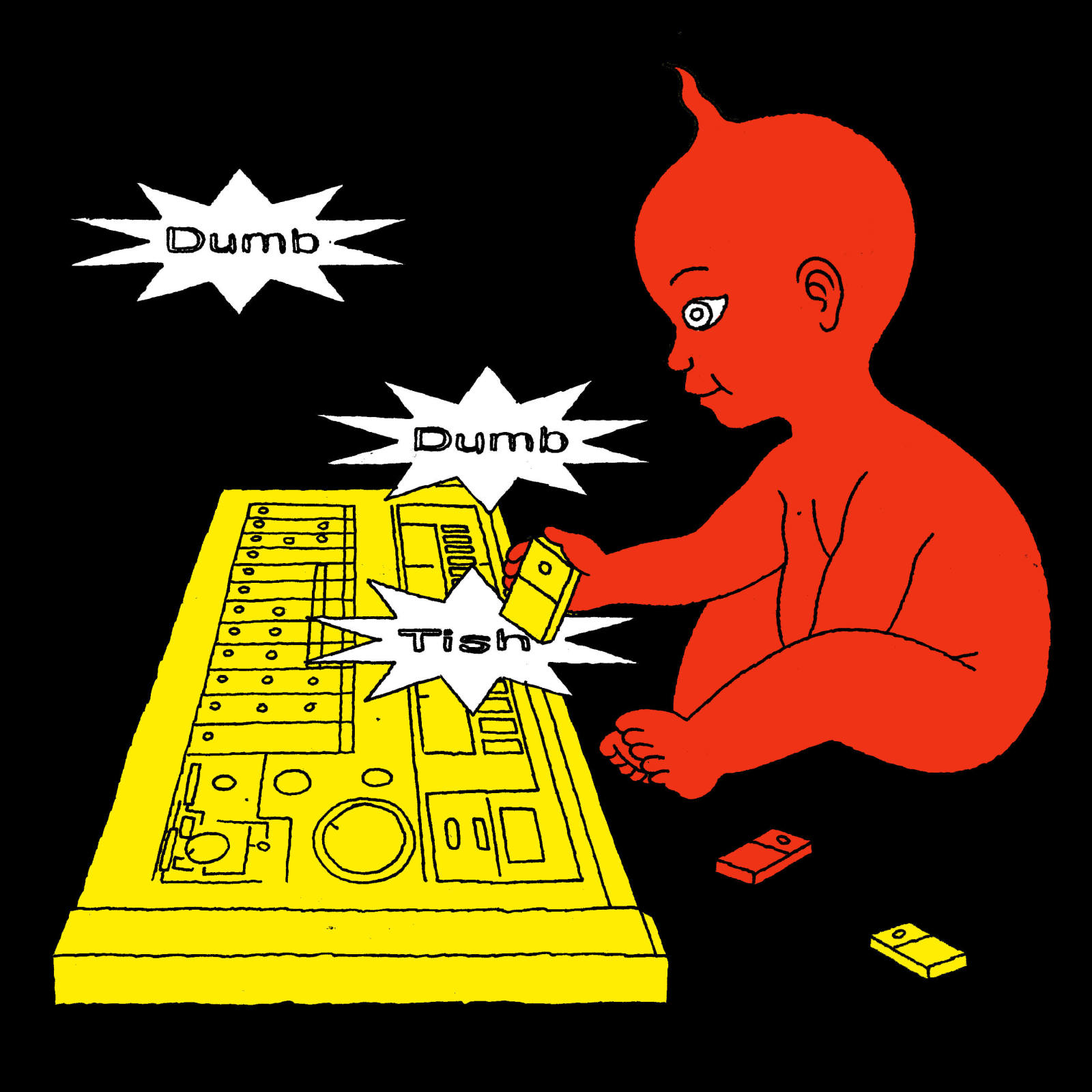 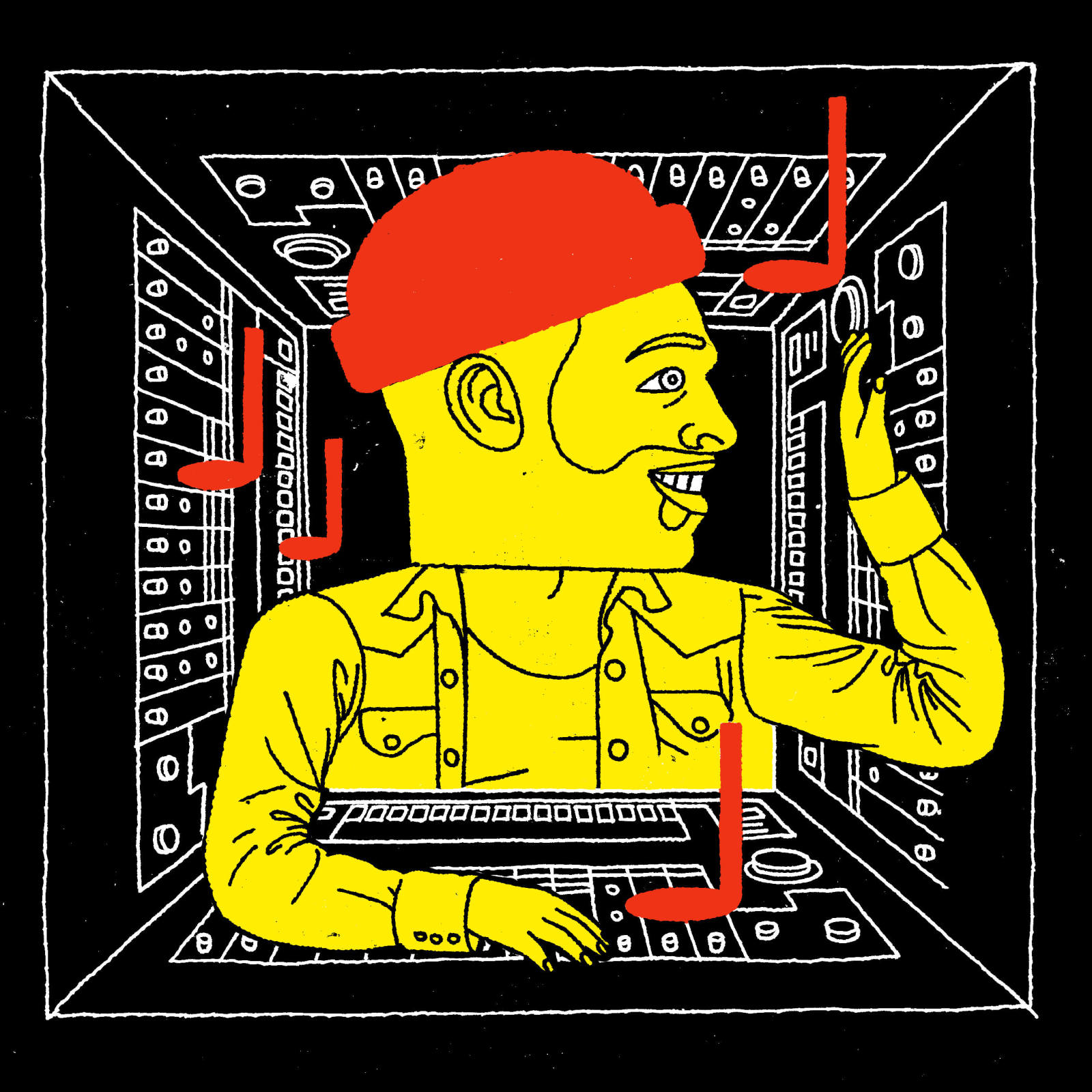 Give your friends the 808s without the heartbreak. Share this via...

More from Tools of the Trade 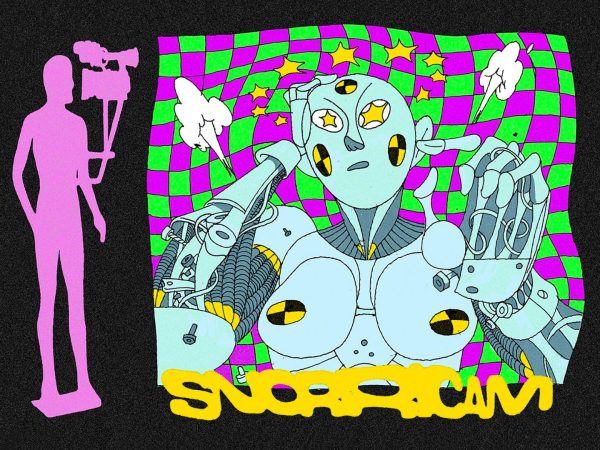 The audience would be right there with him, feeling that throbbing pain 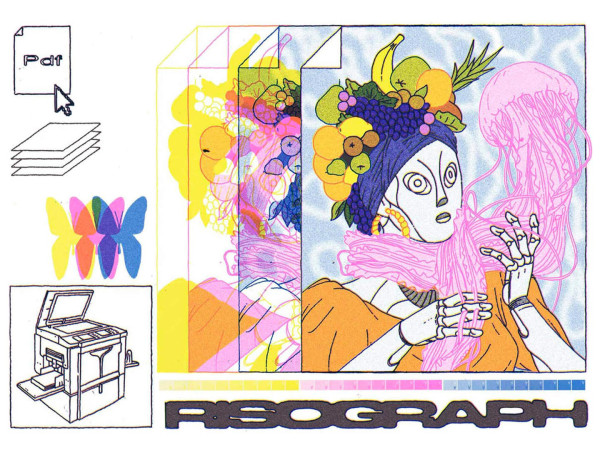 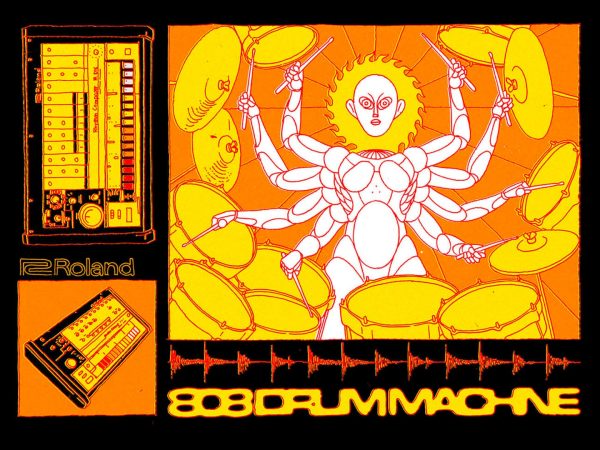 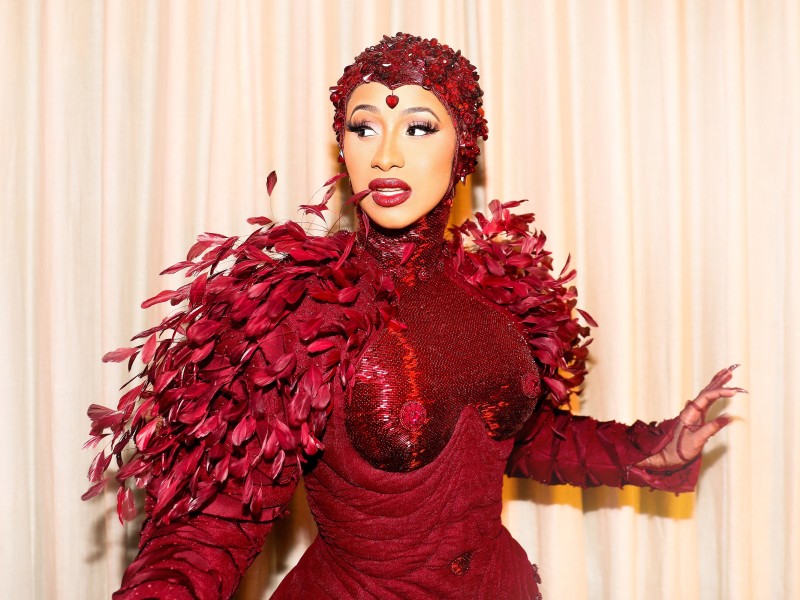 South Asia has such a stunning, powerful set of stories to tell

We started to investigate the sunset

The Nine Lives of the Black Lips

D’Angelo’s shy, but then he’s fearless