Mind games
How is creativity connected to our mental health?

This summer, WePresent surveyed 300 creative professionals, asking them questions about the relationship between their creativity and their mental health. Their responses show that this relationship is often paradoxical: while creative work can be therapeutic, once pursued professionally it becomes a crux for their mental health. Here, writer Micha Frazer-Carroll explores the nature of the correlation and builds on the results of the survey.

Whether it’s true or not, it’s become a sort of pop culture cliché that emotional suffering is linked to greater creativity. Perhaps the first to ask the question on record, Greek Philosopher Aristotle famously pondered why great philosophers, artists, and politicians often suffer from “melancholia.” Writers Anne Sexton, Sylvia Plath, and Virginia Woolf were just as famed for their mental health problems as they were for their literary work. Many psychiatrists have retrospectively diagnosed painter Vincent Van Gogh with bipolar disorder, because he would go through worsening periods of extreme reclusivity, mania, hallucinations, and paranoia. There’s a possibility that, as his emotional state deteriorated towards the end of his life, he produced 300 of the works now considered to be his greatest.

Although all of these accounts are anecdotal, it seems reasonable to suggest that mental health problems and creativity could be somehow linked—intense emotional experiences might serve as inspiration for art, which also has a demonstrable therapeutic purpose. Studies have found that people with milder forms of bipolar spectrum disorder are more likely to pursue creative occupations (and people sometimes self-report that characteristics like increased confidence and energy boost their own creative output). But mental distress can also, understandably, be very disruptive to the creative process, and—as all the above cases demonstrate—to the lives of creatives themselves. 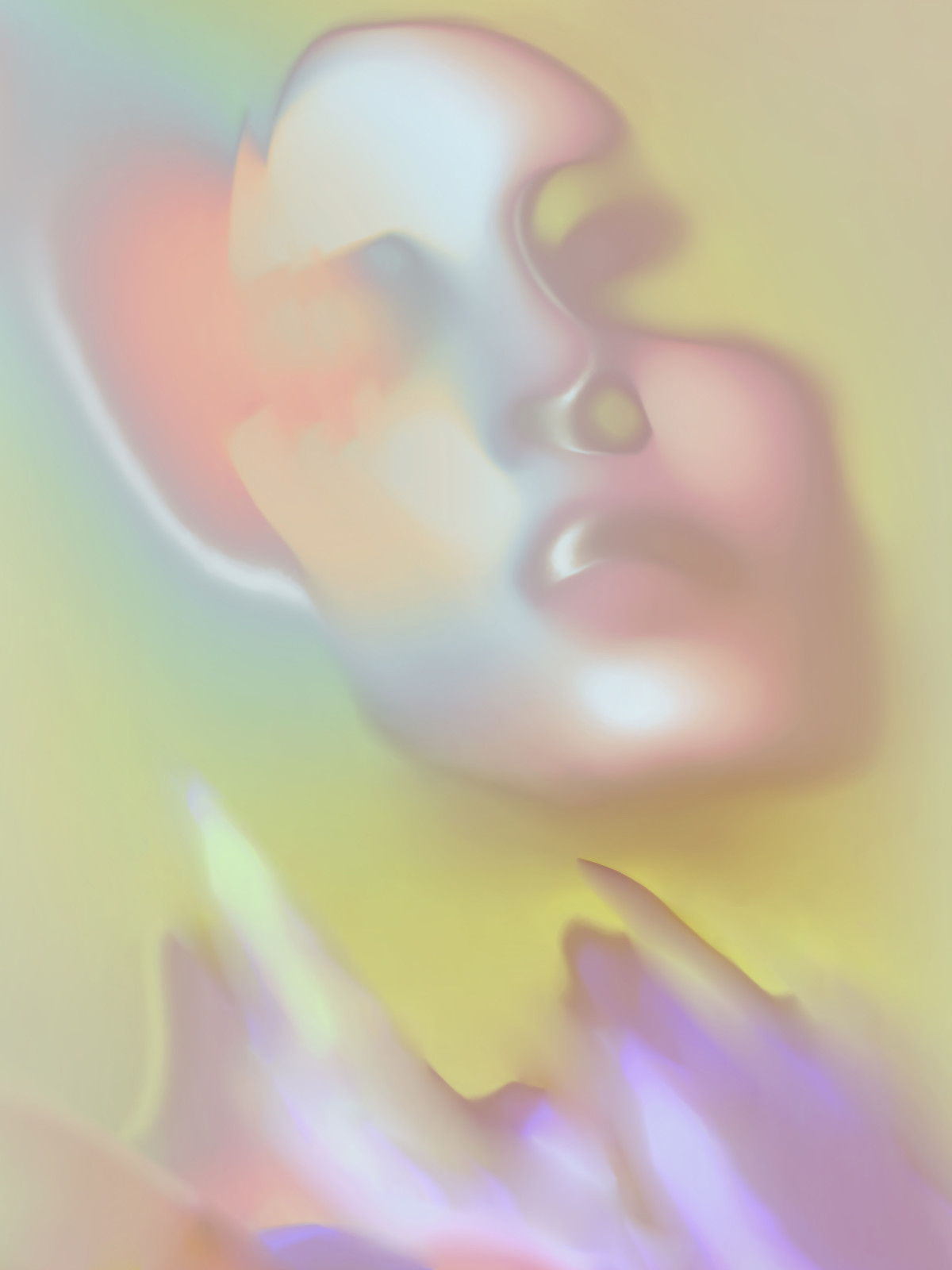 I am a writer with a history of depression and anxiety diagnoses, and while writing has helped me process difficult experiences, it is undoubtedly easier to create during my “up” periods than during a depressive or anxious episode. For each instance where my own struggles have inspired a piece of writing that was cathartic, there are countless others where I have needed a mental health day, but freelance deadlines don’t really allow for that. So without the support of a formal employer, I work when I really shouldn’t—writing on autopilot into the small hours, waking up early to finish, then basically just trying to make it to the end of the day. And when the resulting, sub-par piece of work is published, it can leave me doubting my abilities and feeling even worse.

When we interrogate the link between mental health and creativity beyond the “tortured artist” stereotype, there are countless similar experiences to mine. This year, WePresent conducted a survey on mental health and creativity among 300 industry professionals. 92 percent of respondents said that their mental health affects their creativity—whether that be in terms of motivation, confidence, inspiration, or adherence to inflexible deadlines. In the “creative industries,” data like this also raises questions about the very conditions under which creative work is produced.

The 21st-century creative industries (an umbrella term that usually refers to fields such as film, TV, radio, photography, advertising, design, fashion, writing, publishing, and visual and performing arts) are continuing to evolve, now largely resembling commercial machines that rely heavily on precarious, freelance, unpaid, and low-paid labor. And, of course, if you’re a minimum-wage creative worker on an insecure contract with a large workload, work will probably be stressful and emotionally taxing. Under these conditions, you can see how a vicious circle might establish itself: the exploitative na​​ture of your industry takes a toll on your mental health, and your mental health makes it harder to do creative work.

This is often worse for those who work at the bottom rung of the ladder—who are usually subject to the industry’s most exploitative conditions. Rachel (not her real name), who recently left the television industry due to its effect on her mental health, realized quickly after getting her first TV job that the industry was very different to doing university assessments and making short films on the weekend. The gig was working as a runner, an entry-level position that involves doing things like admin, making coffee, driving between locations, keeping sets clean—basically a fast-paced, physical, and wildly flexible assistant job. “Other people in the industry claim that this job ‘breaks you down in order to build you back up,’ but the reality is most people quit here,” she says. “It breaks you. I don’t think I’ve fully recovered from my time as a runner, and neither have my peers.” 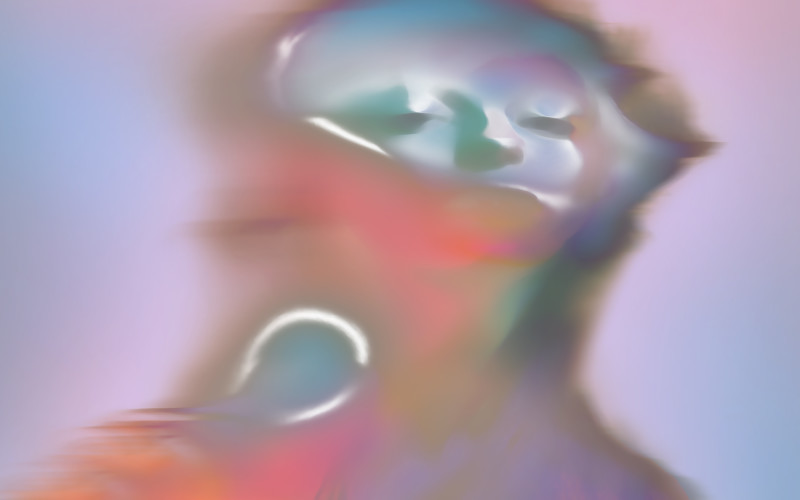 What makes all of this more difficult is that creative work is often considered a labor of love.
tweet

What makes this all the more difficult is that creative work is often considered a labor of love. This, combined with the fierce competition that characterizes many of these industries, can make it feel difficult to criticize your working conditions. After quitting her job as a runner, Rachel worked freelance: “Working different hours every single day, never being able to make plans in advance, whilst also trying to move house and seek therapy,” she says of her experience, adding that it made it virtually impossible to do any creative work on the side.

Samia, a photographer who has complex PTSD, also sometimes finds the “fast-paced” nature of her industry unmanageable. “When things get canceled or booked at the last minute, it can be very stress-inducing. [This unpredictability] also doesn’t allow for people to have savings, or to plan for the future.”

To make matters worse, jobs like “running,” unpaid internships, or even commissioned work often bear little resemblance to the creative work that these people want to do long-term; there is simply the abstract promise of more artistic work down the line, that is, if you put in the hours and beat out the competition. “You realize the creative side decreases because the people making creative decisions are at the top,” Rachel says. “It leaves you deflated and without purpose.”

Artistic expression is a natural fit, and a balm, for many people who struggle with their mental health.
tweet

60 percent of people who responded to WePresent’s survey believed that the creative industries were not conducive to a good work-life balance. This was due to factors like long and unpredictable working hours, the need to work multiple jobs to support yourself, and also the fact that creative work is seen as intrinsically tied to identity. Rachel echoes this sentiment: “I think the creative industries make it feel as though this is not a job, but a lifestyle choice—you’re [either] giving your entire life to it, or you’re bad at your job. And if you’re bad at your job, 10 people would die for your position and they’re already in line to take it.” As Karl Marx and Friedrich Engels theorized about capitalist societies more broadly, this form of unemployed “reserve army of labor” means that wages also stay down. In a 2013 study on unpaid labour in the television and film industries, 65 percent of TV workers and 94 percent of film workers had worked for free.

Samia is in the same boat. “I worked for free a lot when I was a teenager and into my twenties. It was under the guise of ‘you’re homeless, you’re working class, you need work experience.’” Although she’s now paid for her work, these dynamics still pop up for Samia, who describes feeling sidelined by nepotism and racism as a woman of color in the industry. “I am constantly asked to lower my price, and always questioned about [whether I have] professional equipment… I’ve even been questioned about my shooting technique,” she says, adding that the white gaze and white savior narratives are rife in documentary photography, and that speaking up about it has had a cumulative effect on her wellbeing. What is both fascinating and terrifying about Rachel’s and Samia’s testimonies is that, despite working with very different crafts, their experiences mirror some of my own in the journalism industry. 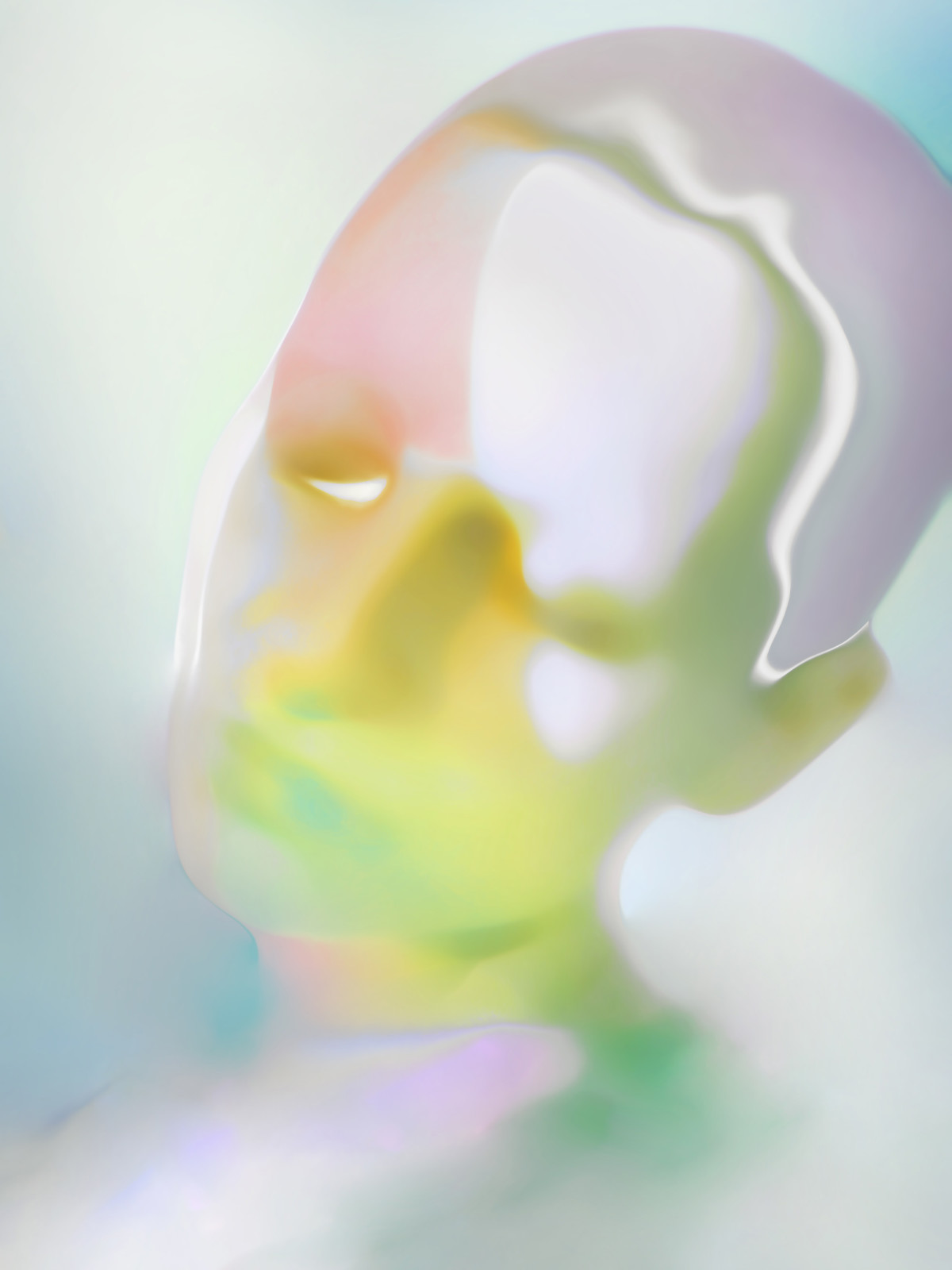 So, with so many elements of the creative industries being hostile and difficult for workers, what needs to change? Rachel says that more permanent jobs and better hours, structure and management training would go a long way to creating an environment that is conducive to good worker mental health. I might also add that unions can help put the power back in workers’ hands, and improve working conditions in all kinds of ways. Reliance on low-paid and unpaid labor also needs to end. This shift would improve quality of life, improve access to the industry, decrease dependency on second jobs, and establish a broader culture where labor is better valued.

Despite change in the creative industries being long overdue, Samia circles back to the idea that artistic expression is a natural fit, and a balm, for many people who struggle with their mental health. “I didn’t choose [creative work], I feel like it chose me. I’ve tried to leave it many times, but I always come back to it. It doesn’t make sense for me to do this in the society we live in, but it’s just a part of me, so that’s why I do it.”

Creativity can serve as a therapeutic tool, but can worsen creatives’ mental states when pursued professionally.
tweet

Like many other people who experience mental distress, there is something about the process of creation that enhances Samia’s experience of the world, and helps her manage her struggles. “The texture of paint or whatever material I’m using really affects my mood. It makes me feel engaged… bright colors make me feel happy when I’m low.”

There is an inherent contradiction here: that creativity can serve as a therapeutic tool, but can worsen creatives’ mental states when pursued professionally. For the sake of people in creative industries—and for all of us who enjoy the fruits of their labor—we must collectively work towards a world where this trade-off is no longer a reality. 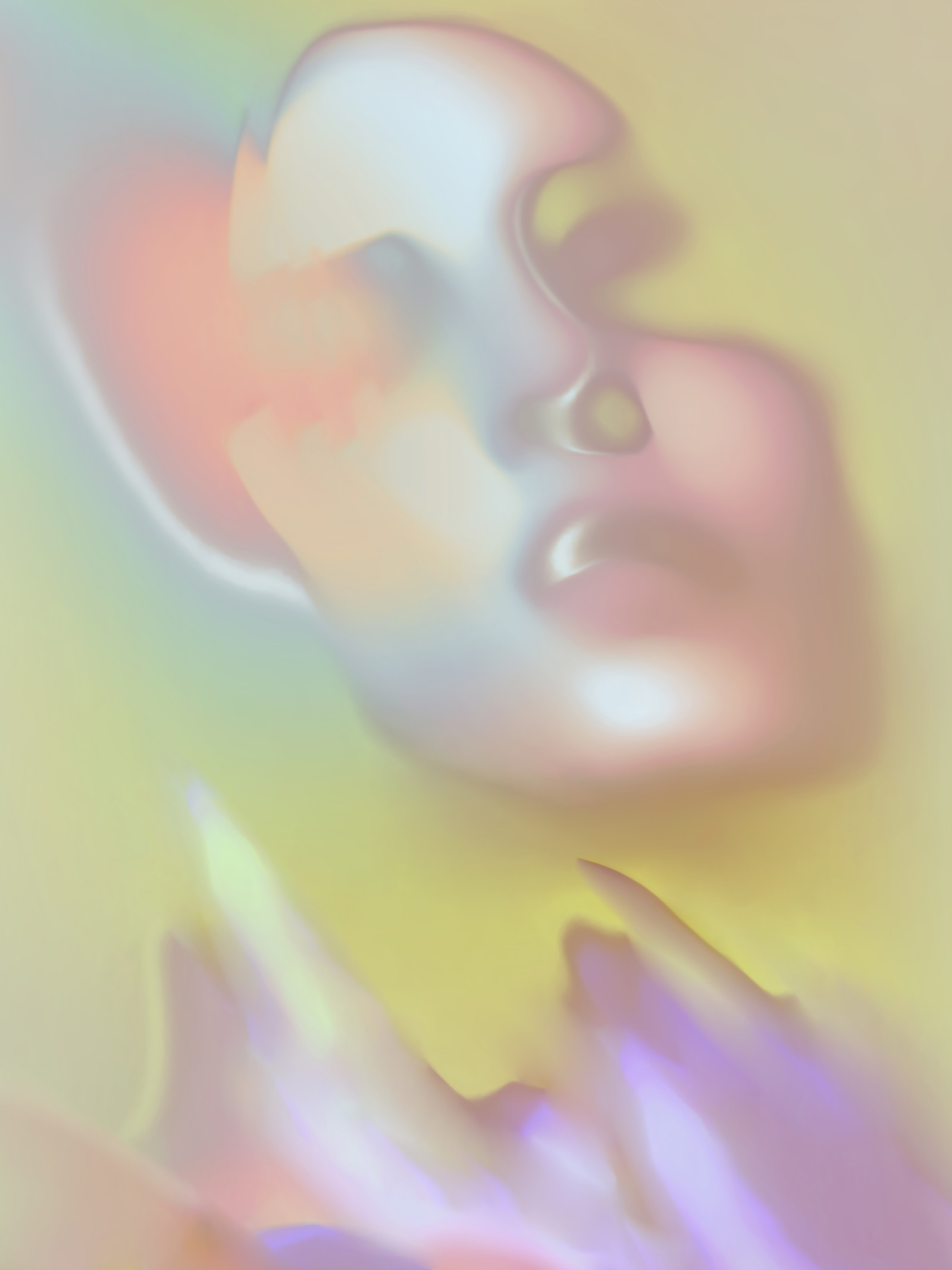 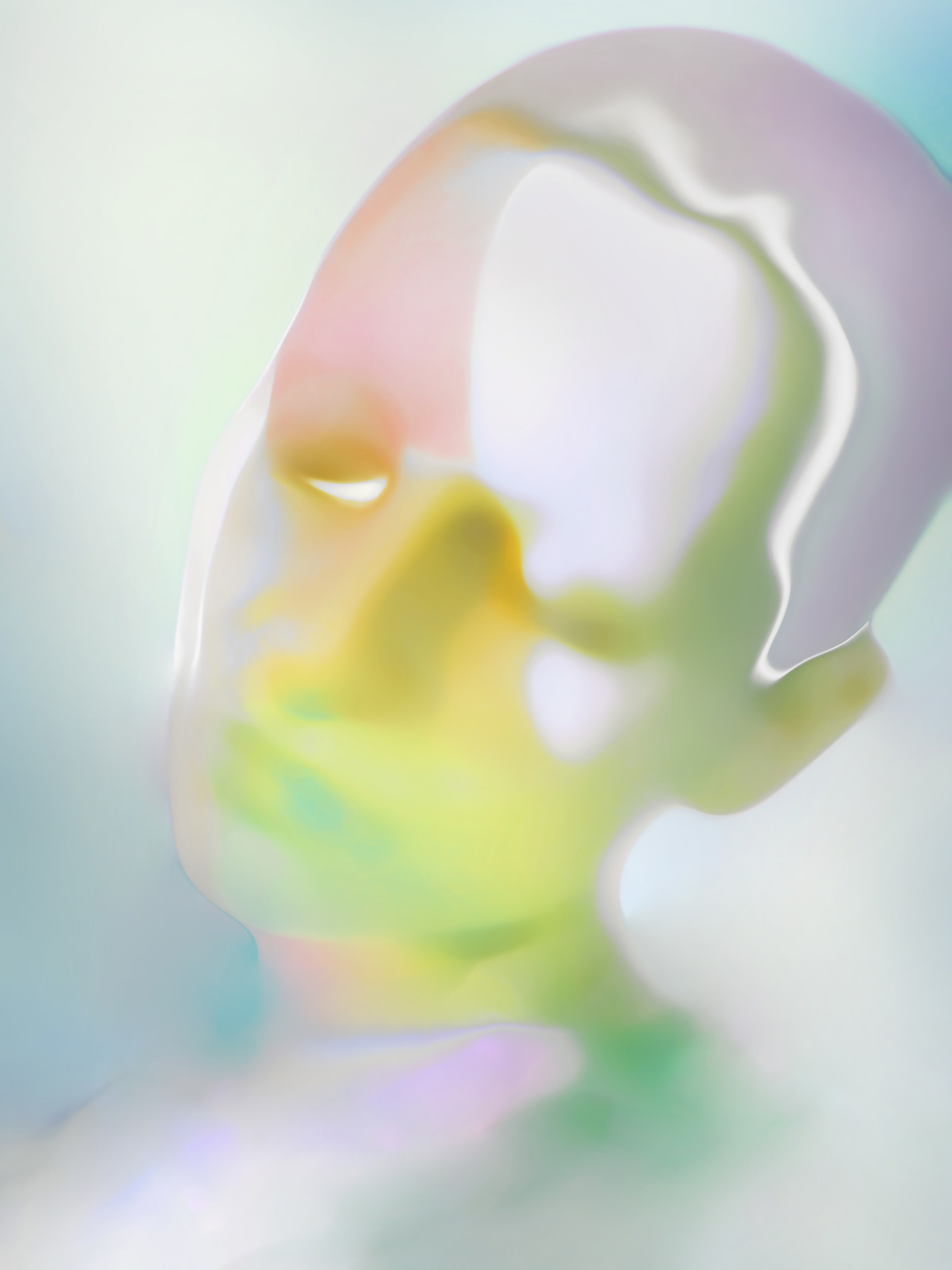 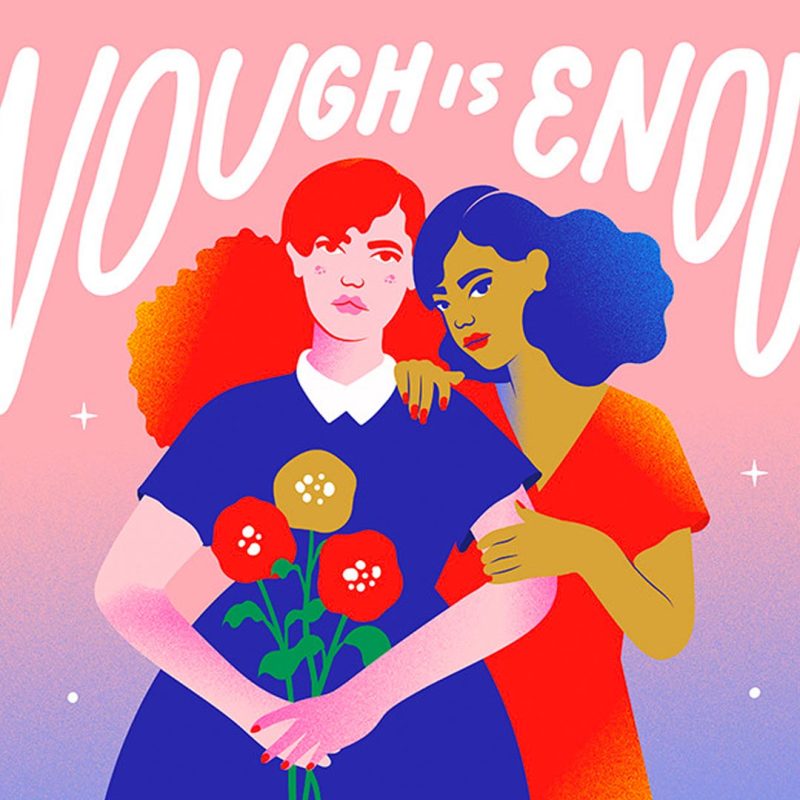 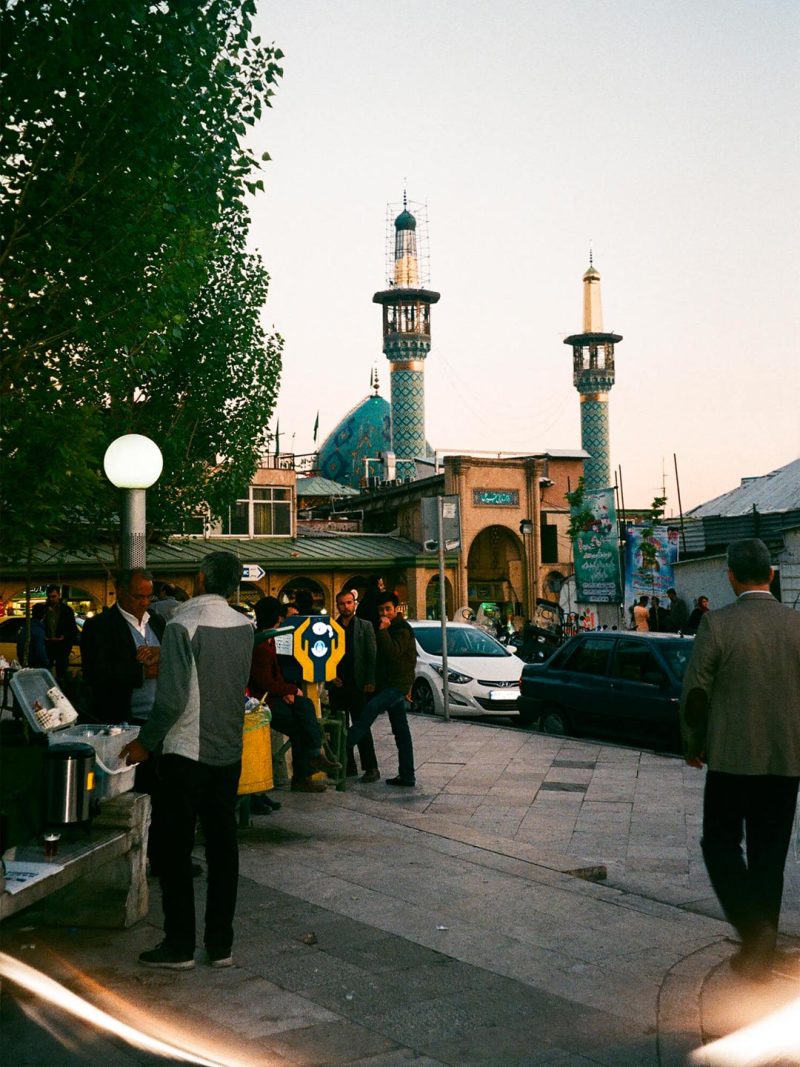 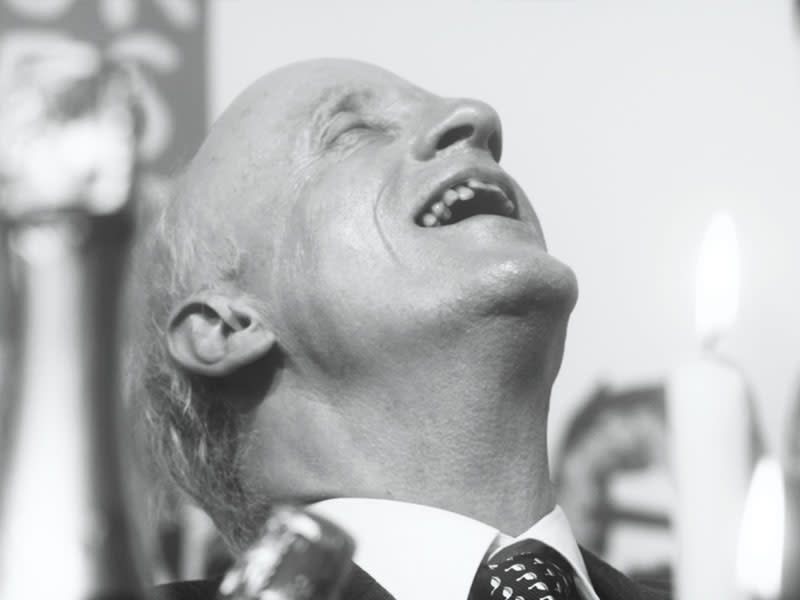 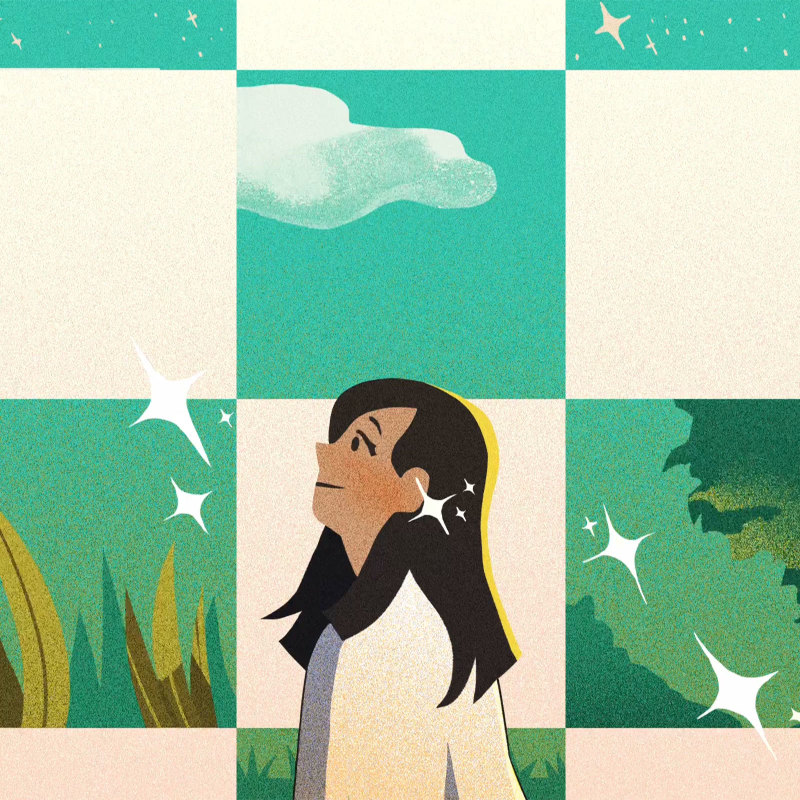 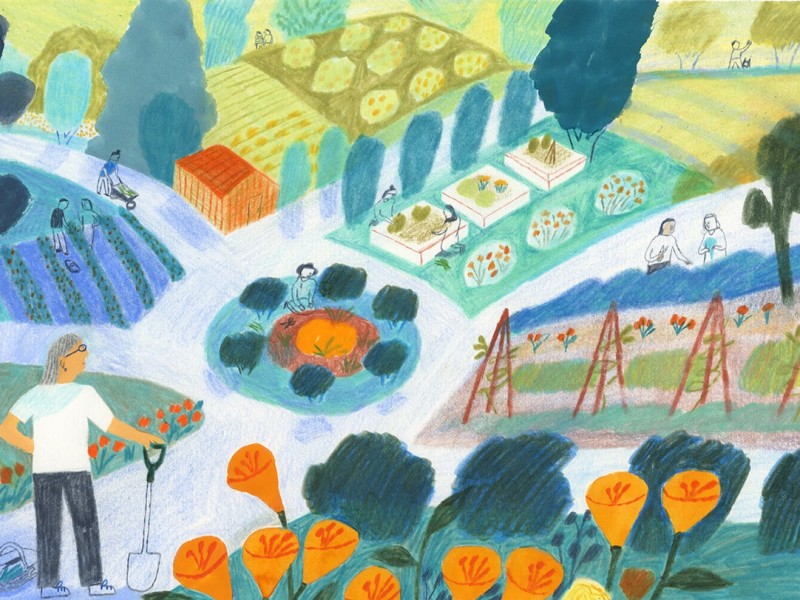 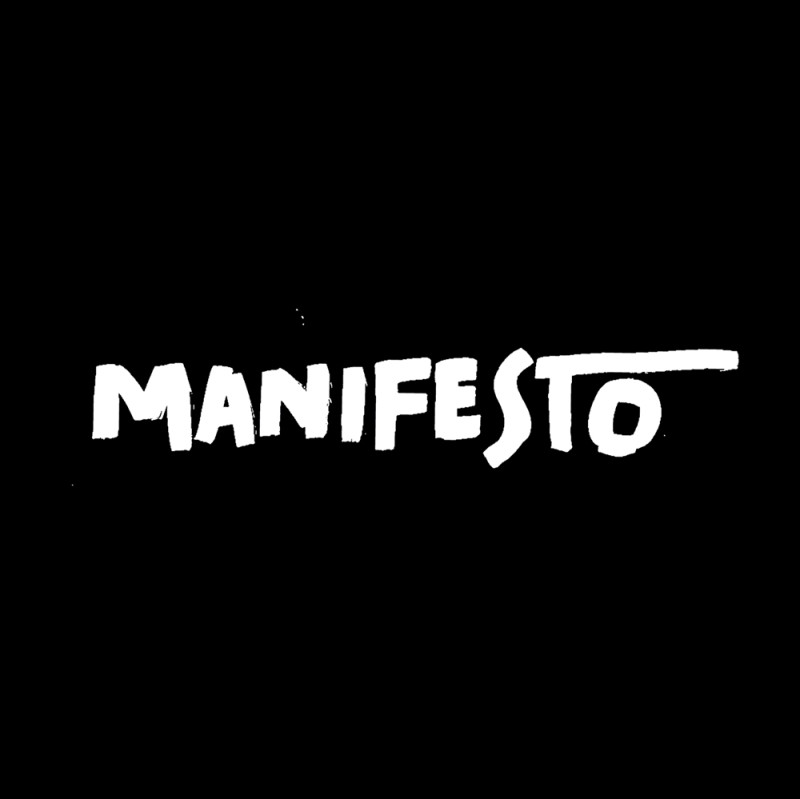 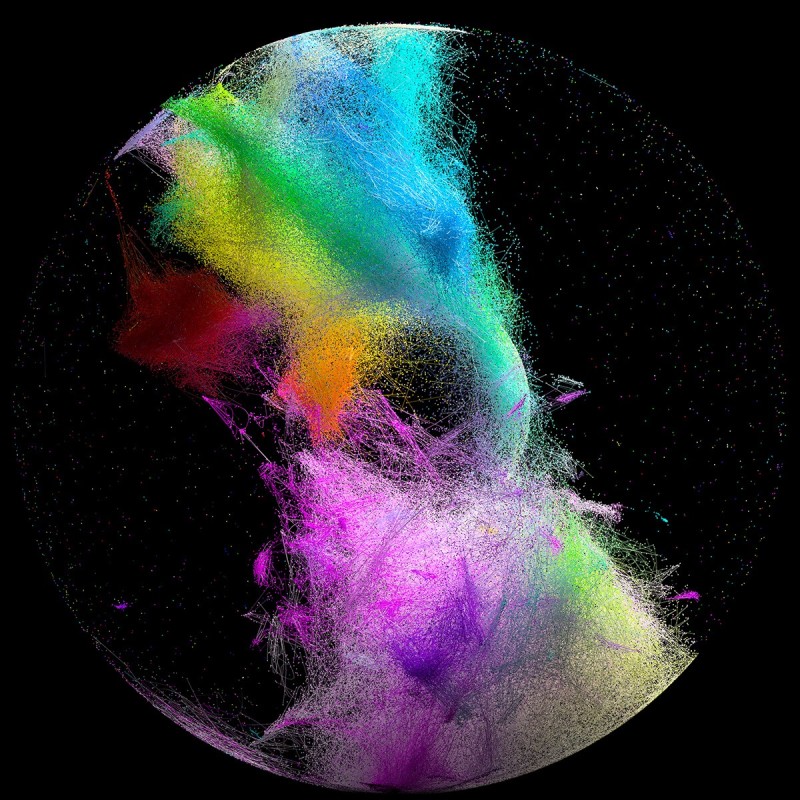 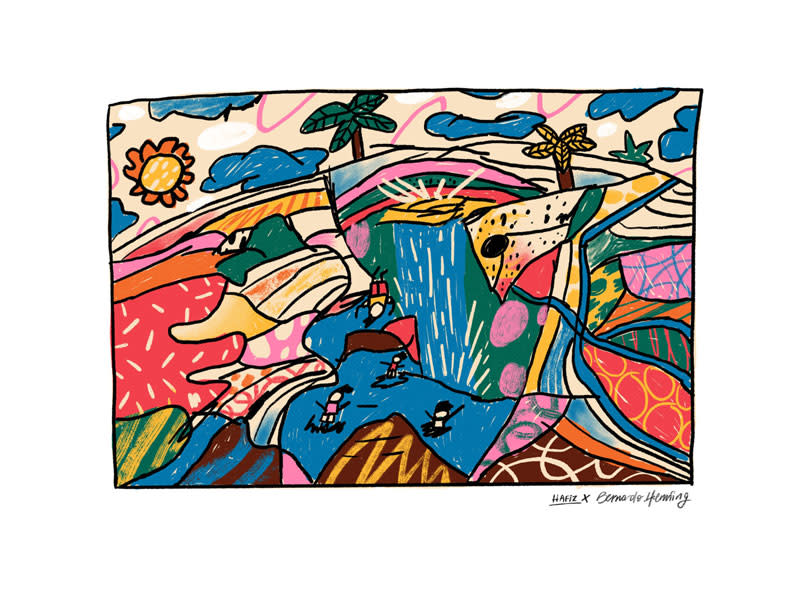 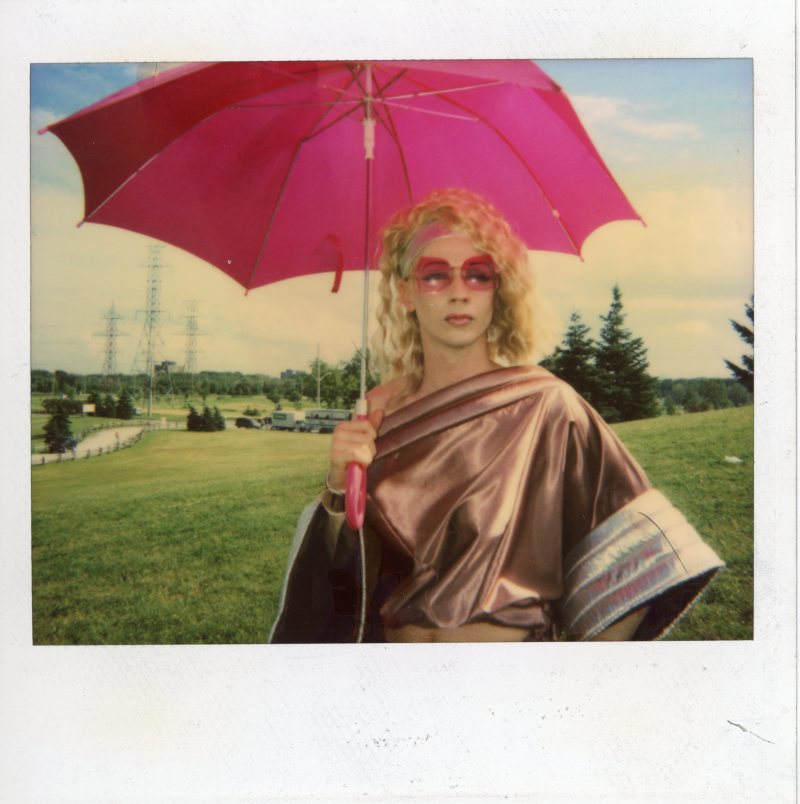 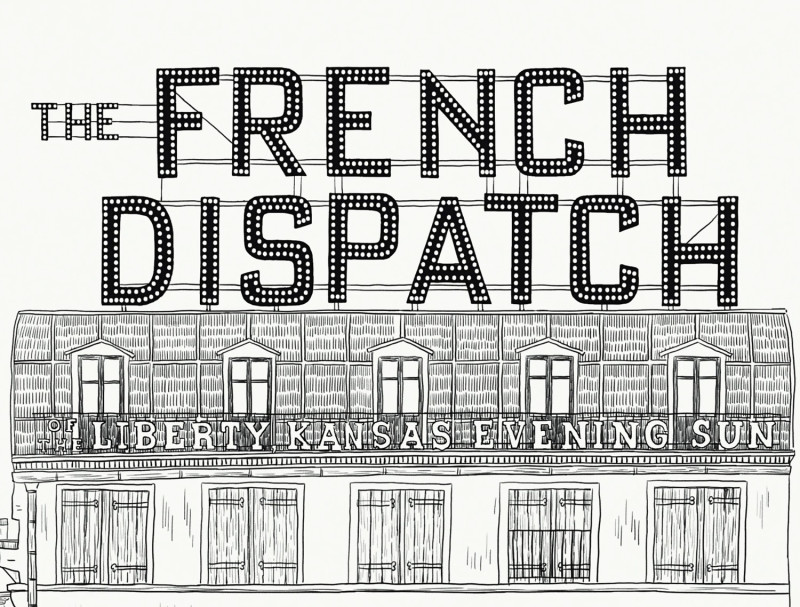