Isamaya Ffrench
I don’t need them to speak, I like them to be a presence

We tend to shy away from creatures. We shriek at spiders, swim frantically away from octopuses, have nightmares about clouds of bats. But Isamaya Ffrench is no scaredy-cat. In fact, she adores monsters so much she chooses to birth them into the world, transforming humans into monsters by way of make-up and prosthetics. In this very special Halloween project for WePresent, she has transformed herself into four terrifying creatures. Writer and artist Charlie Fox meets Isamaya and pens a fictional ode to her creations.

I was going to introduce Isamaya Ffrench to you as a “make-up artist” or a “prosthetics wizard” but those descriptions feel wack and hollow because what she does is kind of singular: she’s basically a unicorn. Like, imagine if an artist decided to experiment on the bodies of humans including Rihanna, Björk and tons of models and transform them into brain-melting monsters who look like they’ve escaped from some fantasy realm, sexy and strange.

Or if she did insane stuff for world-devouring brands, like that time she made another party of humans into 24 bespoke aliens for Paco Rabanne—my fave is the woozy redhead with the goat-like ears—or that time she handled Kate Moss’ look and mutated her into a sci-fi centaur for the launch of Dazed Beauty in 2018. Or when she directed the video for Yves Tumor’s banger Gospel for a New Century, making the singer into a hot AF devil who’s going all Be Our Guest at a club in Hell. Yup, that’s all Isamaya Ffrench. Her body of work is suitably wild and shape-shifting, stretching from the pages of Vogue to YouTube or onto the red carpet at the Met Gala where she recently did superstar singer Rosalía’s make-up…Isamaya is in an alternate dimension all to herself.

And in a new project specially commissioned by WePresent, she takes us inside various dark lairs to meet our wonderful and frightening mutant creatures from the zoo inside her head. Covered in fur and scales or spreading diabolical wings, hungry for you.

When I swung by Isamaya’s house one dismal Sunday in August to discuss them, she smoothly refused to be drawn on exactly what witchy methods had gone into creating them. While I realize this goes against the whole conceptual schtick of WePresent’s content pages and my editor has explicitly requested I score DVD Easter egg/behind-the-wizard’s-curtain-style factoids about her creative process, I’m very into this slick demurral, which protects the fragile mystery of the work itself. That hush-hush impulse extends to the creatures themselves: “I don’t need them to speak,” she said, “I like them to be a presence, it makes them more powerful.”

Instead, all Isamaya would tell me was that everything in the films was custom-made, from the music to the costumes. What we talked about was that brain-melting thing that happens in childhood where you see some fantastic monster on TV—like, for example, Tim Curry stepping through the shimmery mirror, hoof by hoof, horn by enormous jet-black horn, to reveal his devilish self in Legend (1982)— and how it all feels scarily for real, “like magic,” Isamaya said. (She also noted Tom Cruise’s proto-Link-from-Zelda “hot elvish look” in that movie with approval).

So, I suggested to her that rather than writing a piece about how she brought these creatures to life, the best way I could deal with this article accompanying this project would be to rip off (or make an homage to) the Book of Imaginary Beings (1957) by Jorge-Luis Borges and Margarita Guerrero: a slender encyclopaedia detailing a whole bunch of mythic beasts from folklore and literature—griffins, chimeras, pixies: all the classics. What makes the book special and kind of sinister is its spooky deadpan tone, as if you’re reading a book left behind from an alternate world where all these creatures run amok, a vibe which obviously relates to Isamaya’s work where otherworldly entities strut through our bewildering HD world. Encyclopaedic, too: Every one of her projects draws on a Rubik’s Cube of references which get twisted, whether it’s Alexander McQueen, the sci-fi sleekness of 1990s hip-hop vids, Disney, Arcimboldo or H.R. Giger.

Like many of those imaginary beings and real life influences, Isamaya is offering a new embodiment of beauty which celebrates how freaky, alien and wickedly trippy the body can become. It’s the mad scientist tradition. Mutation galore! Mix Playboy and nightmare! Fairytales you kind of remember from childhood and the 4K textures of 2021!

It’s about escaping from the boring experience of being a regular human and transforming into a hot monster, a dream which looks very attractive right now when reality has two basic moods: bonkers and horrifying. (Anyway, who hasn’t dreamt of being something else once upon a time?) And it’s about reveling in the wicked powers of the imagination, which can sneak you into some very dark and exhilarating places indeed. I mean, that’s where the monsters live… 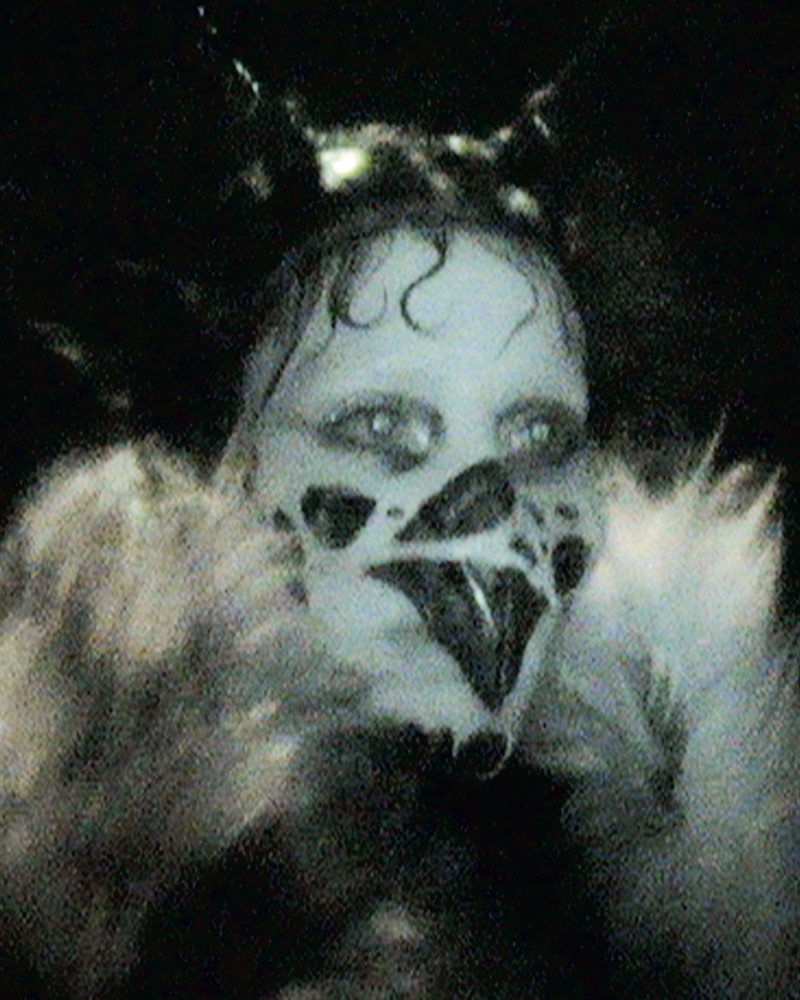 The Bug-Girls and Boys of Mexico spend puberty in dismal caves, suspended for years in a sleeping bag composed of lush green fur and protective goo(both shed when they mature), rotating slowly like a mirrorball in an empty disco. Once this interlude is complete, the creatures slink from their lairs and hungrily go in search of each other, brains mad with lust. Their actual sexual congress takes the form of a dance, known as The Unstoppable Hallucinogenic Swoon, notorious for its sheer dizzying beauty. It also manipulates the weather to suit its splendor: the stars flash like strobe-lights and the sky turns red and green, transforming the whole night into a satanic rave. 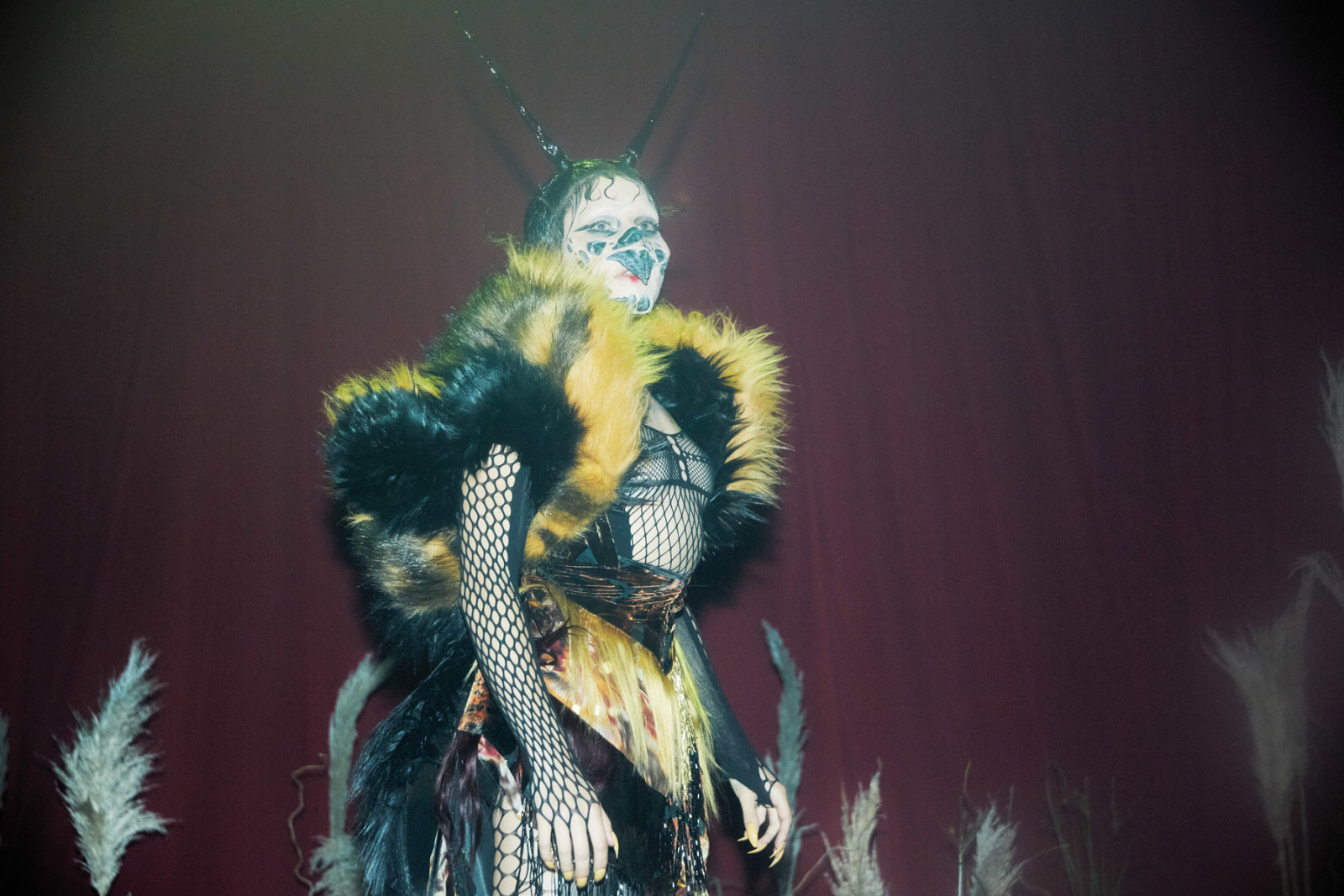 At the dance’s climax, the female bends like melted wax— pregnant— and the male bursts into flame.
tweet 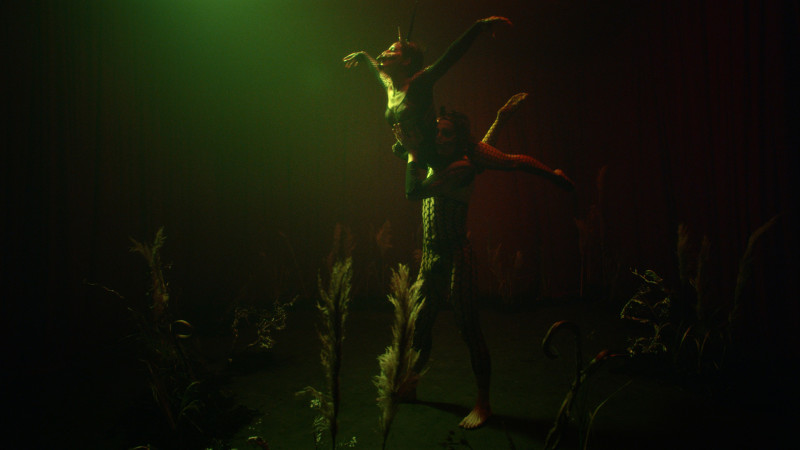 The legend of the dance was first kindled by Charles Dickens during one of his trips to America: he reported hiding behind a desert cactus to watch ‘these smitten creatures dance like two outrageous lovers’ tongues entwined.’ Ever since, they’ve been romantic mascots for regular humans woozy with longing. Victorian ballerinas trying to mimic the dance for their beloved suffered injuries on a scale not seen until the Jackass Re-Enactment Plague of the 2000s. Kurt Cobain sent Courtney Love a bunch of drawings depicting them as grungy, smooching versions of the beasts.

At the dance’s climax, the female bends like melted wax— pregnant— and the male bursts into flame. The female weeps: her tears contain a psychedelic compound and sound eerily like Lovesong by The Cure. 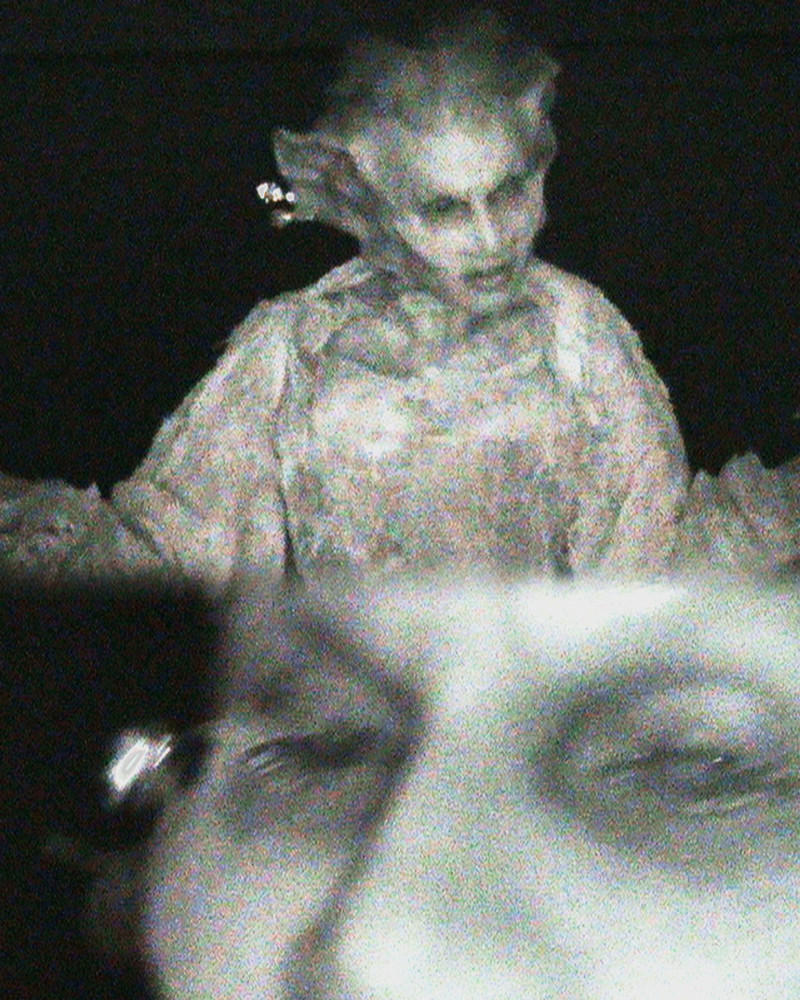 Bat-Girls hatch from soft gray eggs coated in velvety fur, like a strange perversion of a bird. Cute while still pups, as their diet grows more sinister— they feed on stray dogs— and puberty works its evil magic, they warp into scary creatures, complete with a punk shock of peroxide hair, rat-like fangs, and a face permanently disfigured into a Nosferatu snarl. They live in huge groups known as covens and their huge fennec fox-like ears can detect the heartbeat of a human from three miles away. Before cherubs went extinct in the 1600s, they were often drugged and left as peace offerings to Bat-Girls outside the caves where they made their nests. A few have been known to roost in suburban basements— if this happens to you, abandon your house immediately. 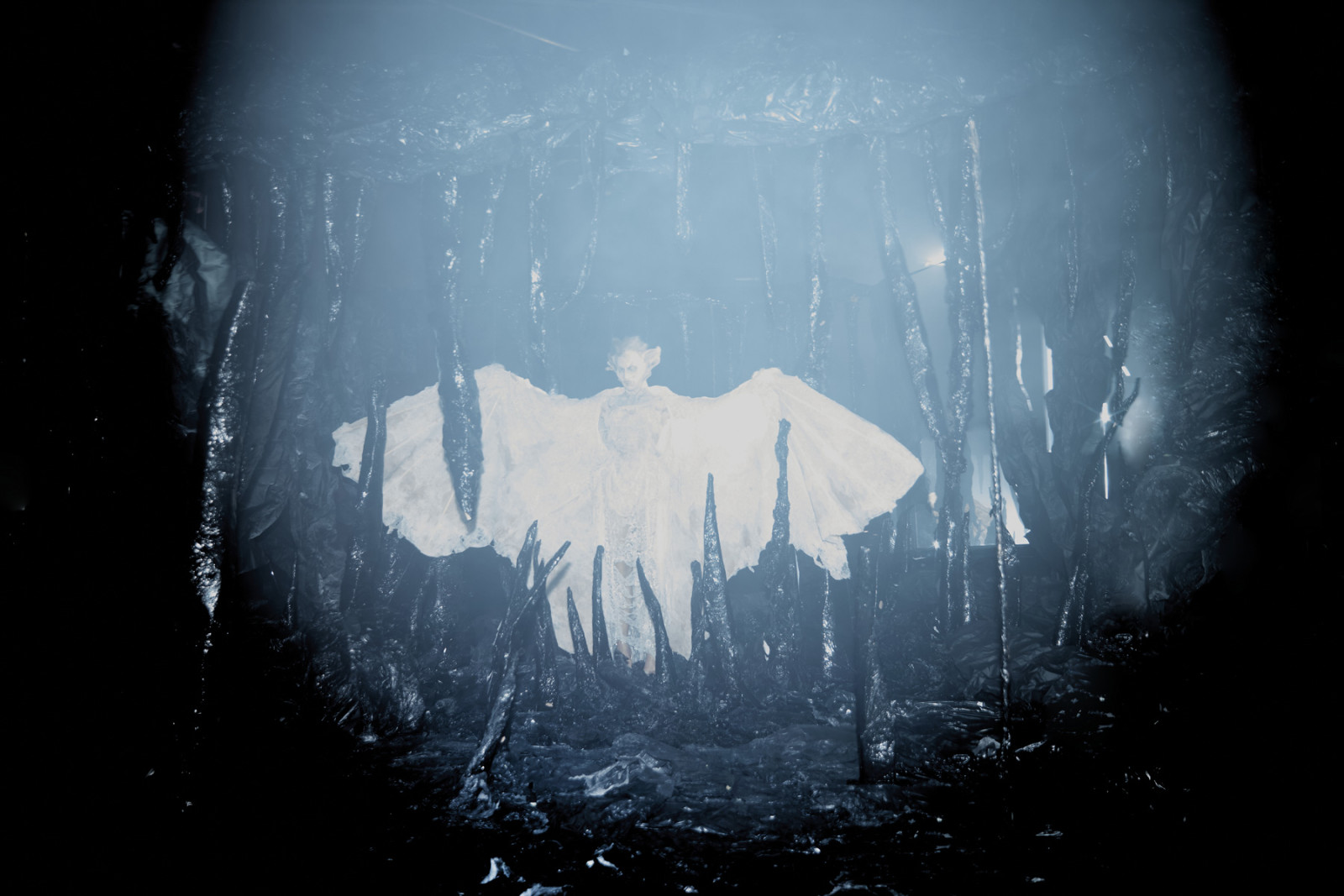 Bat-Girls hatch from soft grey eggs coated in velvety fur, like a strange perversion of a bird.
tweet 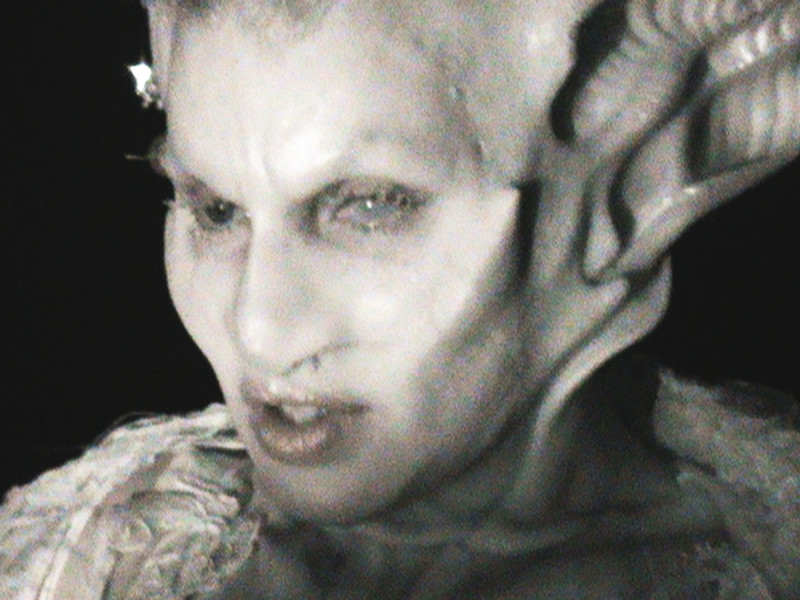 Despite this malevolent reputation, Bat-Girl fluff, which lingers on the wing from birth until death, is prized for its cartoon cloud softness and has been harvested for the duvets of princesses since the 16th century. Most fearsome of all, they can transform unwary visitors into Bat-Girls too, somehow luring them into a fatal cuddle which they can only escape from winged and fanged. Plenty of humans have wandered off to their notorious caves, hungry to transform. 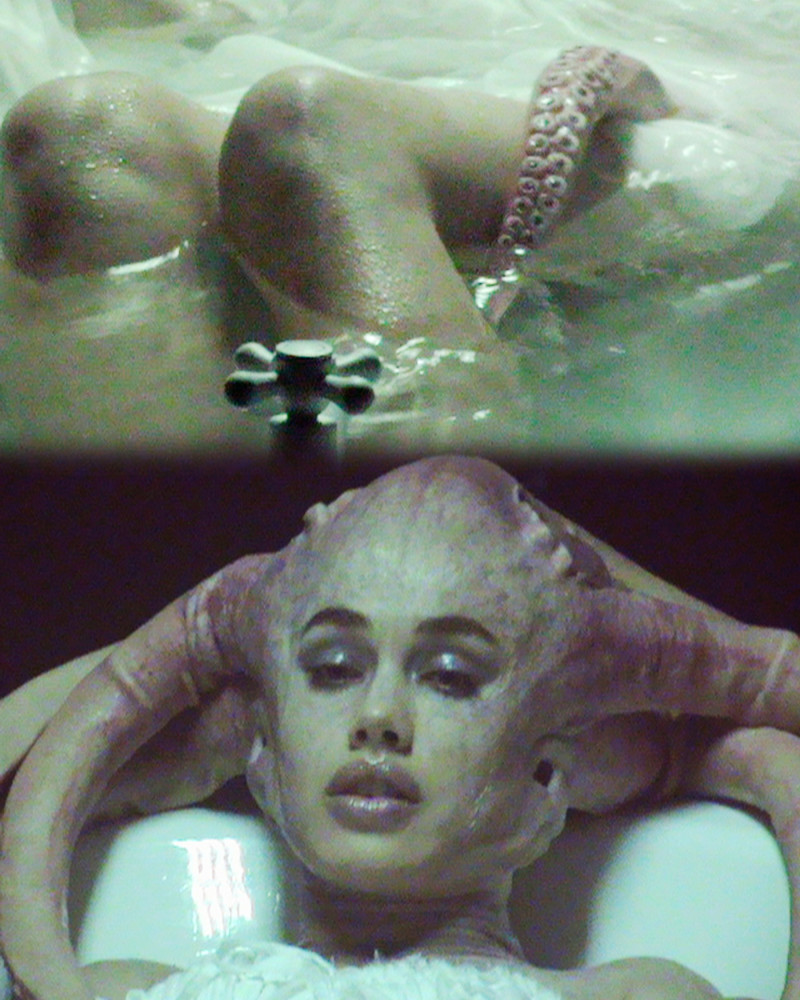 You might imagine all Octopus Girls look like sleek versions of Ursula from Disney’s classic The Little Mermaid (1988). While it’s true that Ursula’s appearance was modeled on the fearsome New Jersey Octopus Woman who washed ashore in 1979, the actual looks of these creatures are kaleidoscopically rich and variable: Some look like supermodels, others like drowned goblins. Their dexterous tentacles can appear in different areas of the body from girl to girl, most frequently acting as slime-coated parodies of human legs but also swirling eerily through the water like a sinister headdress. In ancient mariner lore they’re extremely feared for their habit of luring sailors and divers into suffocating hugs and then oozily consuming them in slow motion, much like a python eating a fawn. These legends about the Octopus-Girl, with her insane sexual appetite and brain-frying hotness, have made her into the object of a weird and drool-encrusted erotic cult in which the promise of certain death only intensifies her allure.

When they die, nothing is left of an Octopus-Girl but a heap of luminous pearls.
tweet 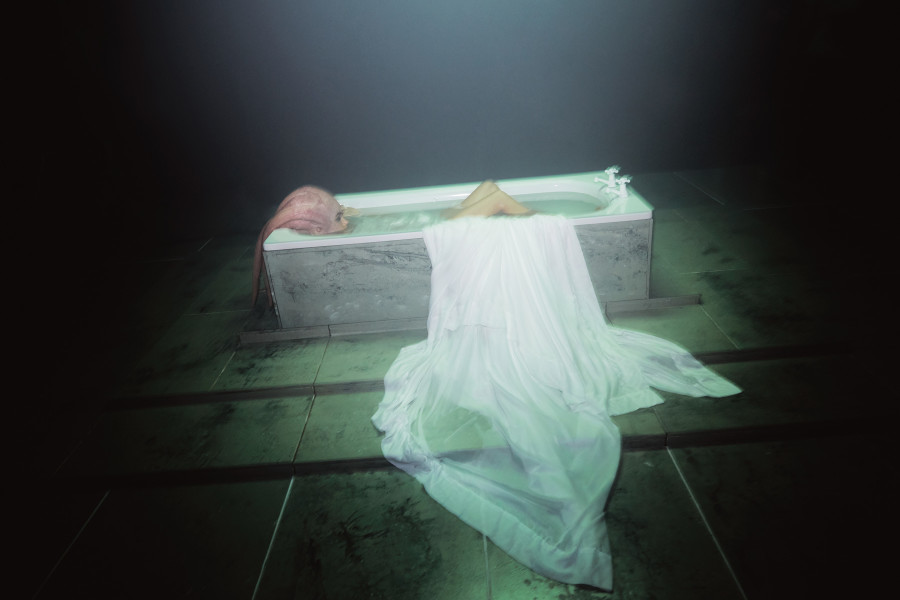 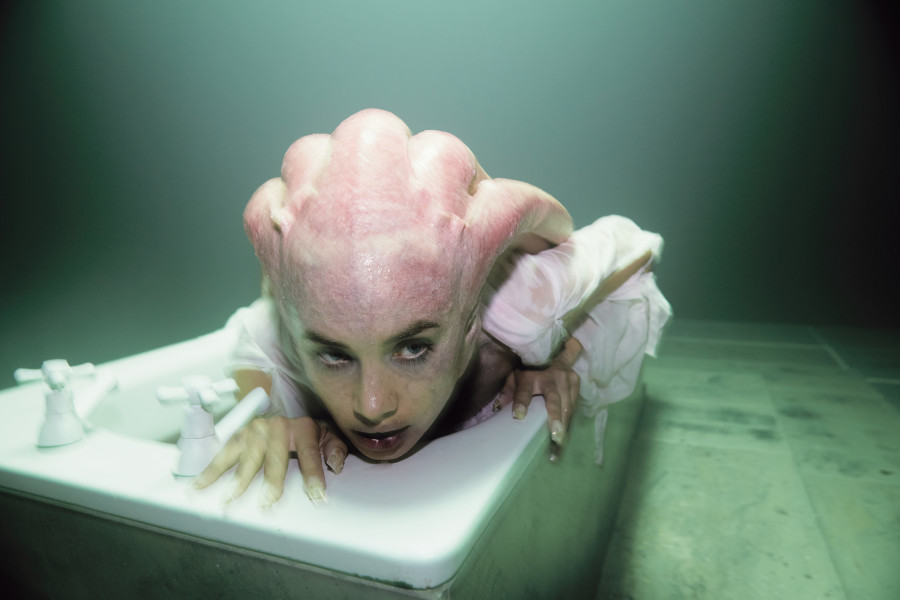 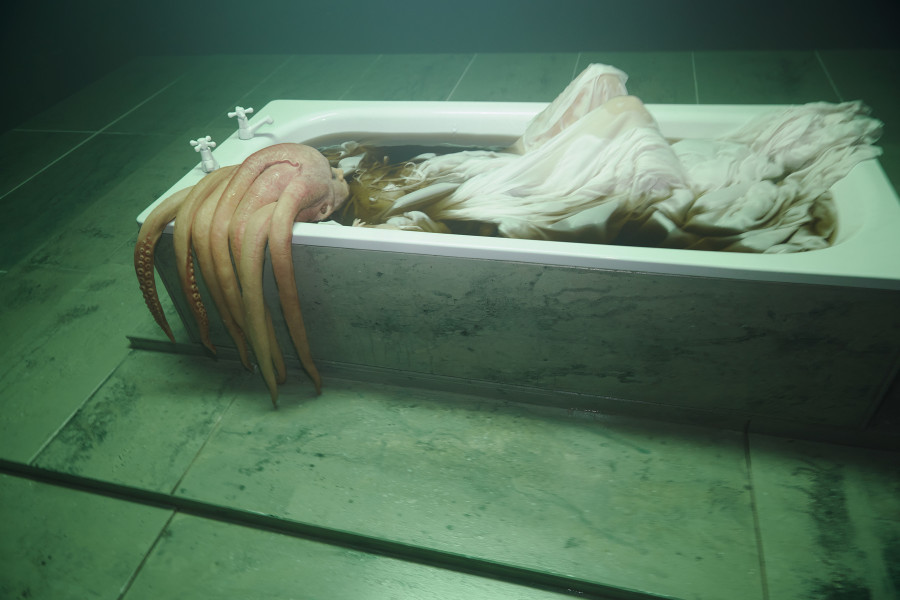 Consider the fate of the lab assistant sucked into the tank occupied by the only Octopus-Girl brought into captivity alive. According to reports he could be seen through the murk occasionally, convulsing for hours in a state of sinister bliss. When they die, nothing is left of an Octopus-Girl but a heap of luminous pearls. 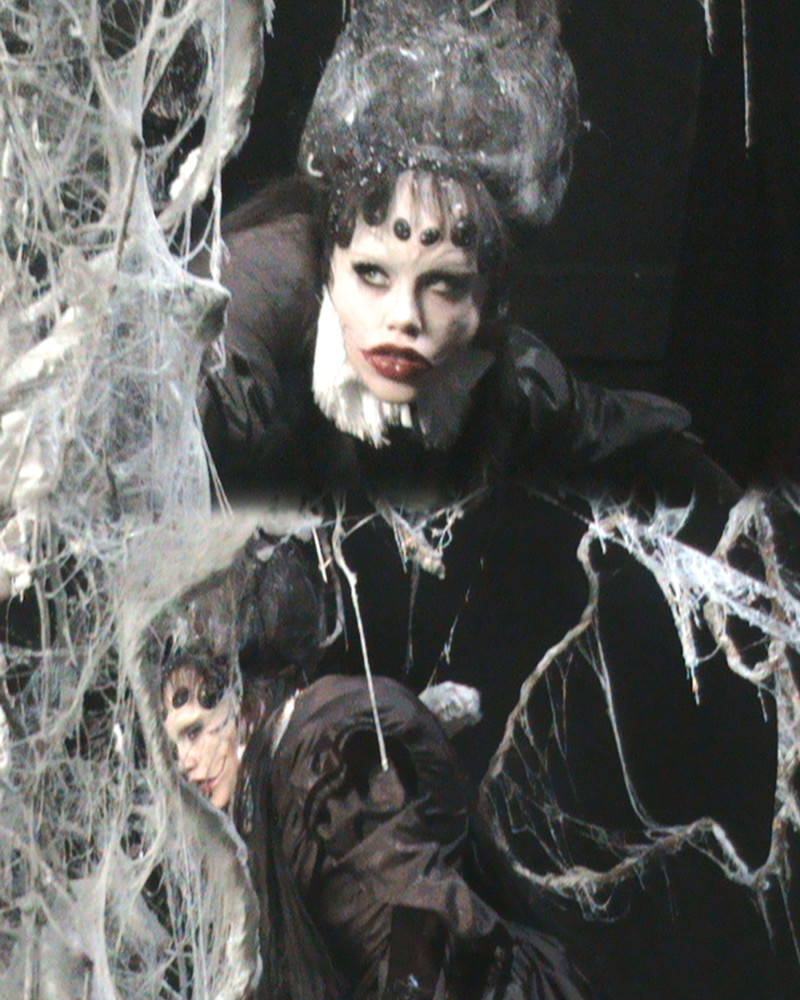 Probably the first spider girl was Arachne in Ovid’s epic tale of transformation, Metamorphoses (8 AD), an introverted teenager who turns out to be a veritable Hendrix of the classical seamstress world when she beats the goddess Athena at a weaving battle. For this outrage, Athena transforms the girl into a spider and, doomed to weave eternally in the dark, the spider-girl hangs herself with her own web. 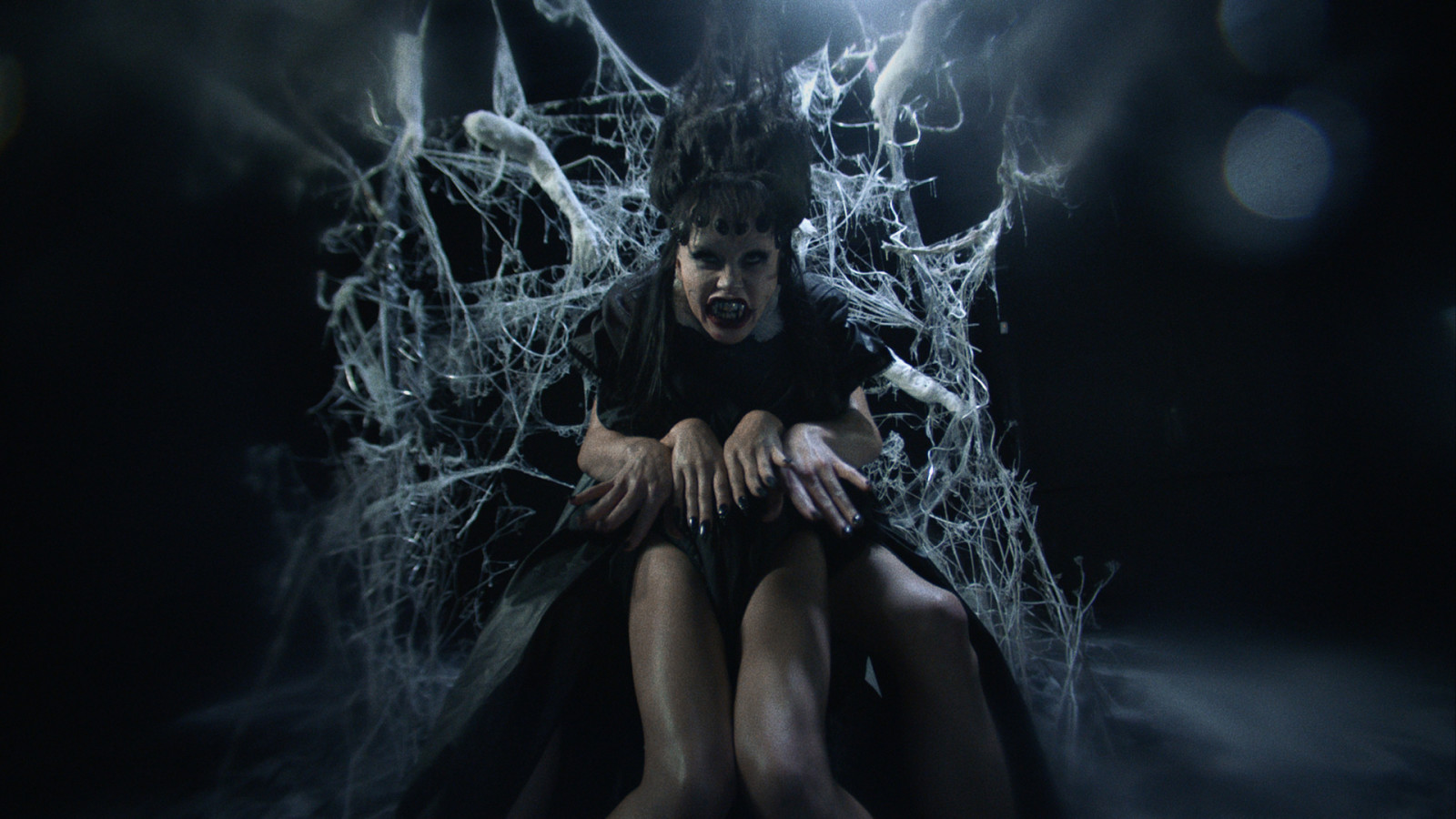 Once this interlude is complete, the creatures slink from their lairs and hungrily go in search of each other, brains mad with lust.
tweet 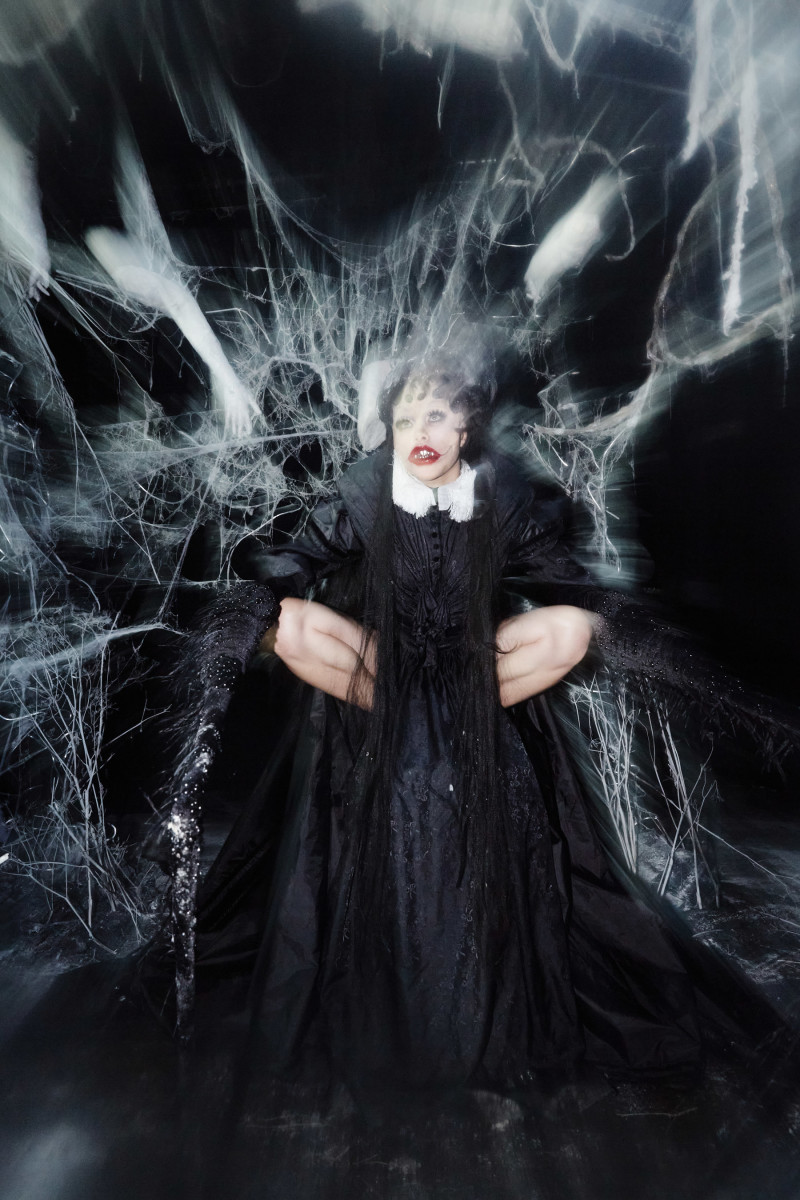 Ovid was reporting facts: Accounts of real-life Spider-Girls exist, all most likely descended from the tragic but extremely gifted Arachne, and all accompanied by a squish of fear. Spider-Girls are creatures of disorientating gorgeousness: vampire-pale, bloodthirsty, coated in a naturally-occurring jet-black latex, cold to the touch. They feed on human flesh, shrouding their victims in coffins weaved from their own silk. Their enormous and extremely beautiful webs look like “stained-glass windows on acid”; they’re so fragile they disintegrate under the weight of a whisper. A woman who escaped from a Spider-Girl’s web spoke of the experience as “dreamlike”: “I mean, I was just Velcro’d on there but I wasn’t frightened at all. It was like I was on tranquillizers, safe in this shimmering world. And when she stared at me, I promise, she had a whole starscape in her eyeballs.” 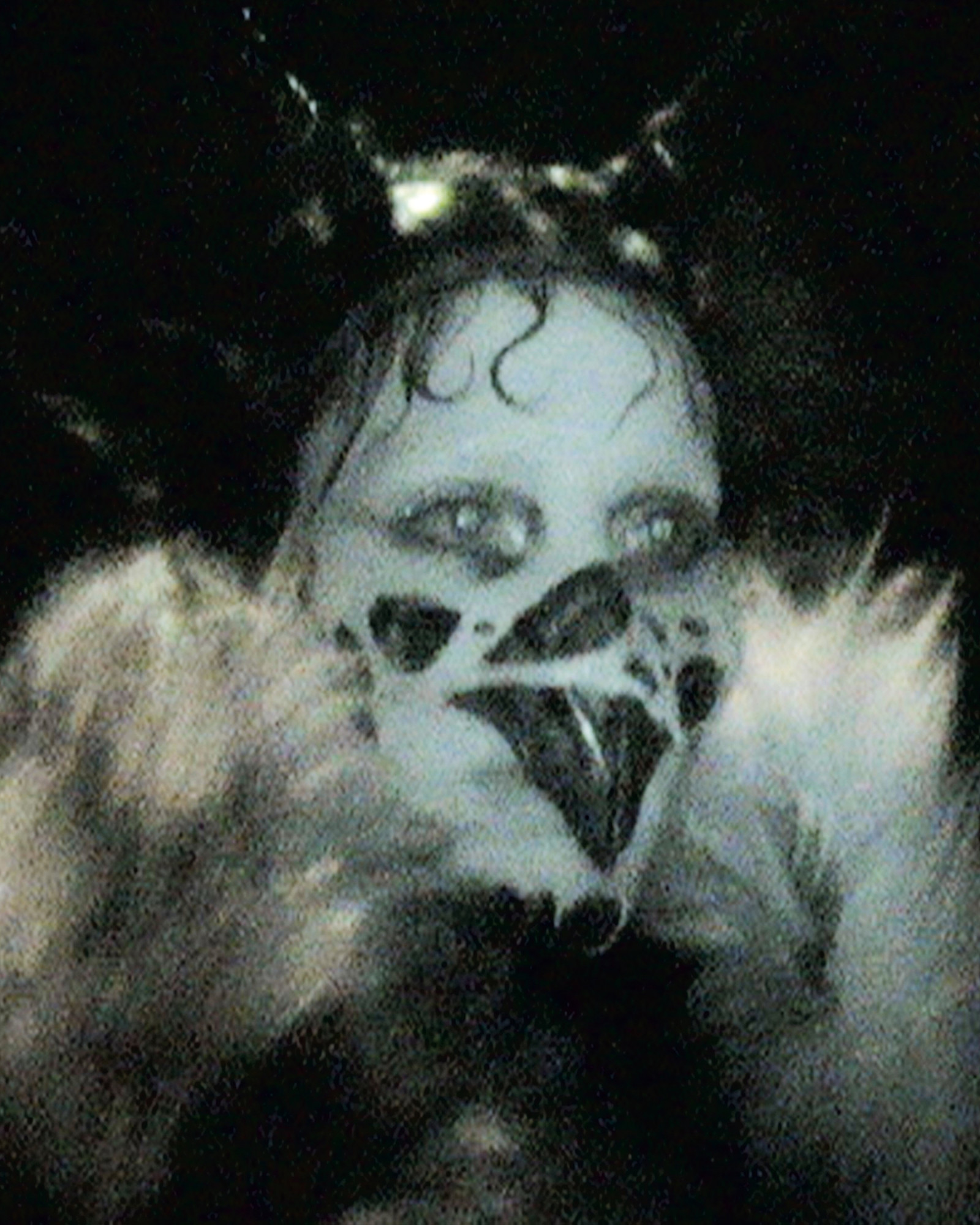 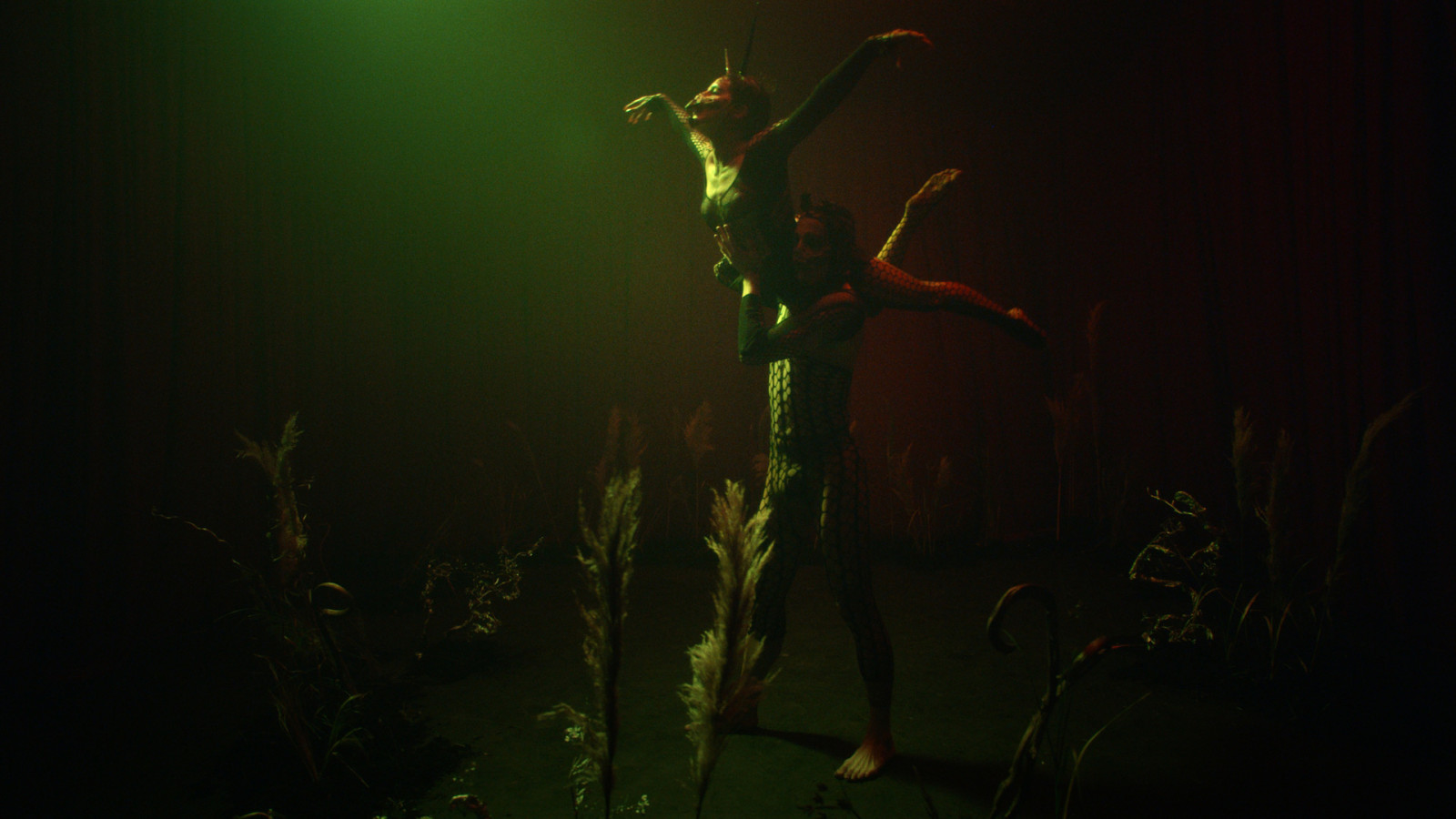 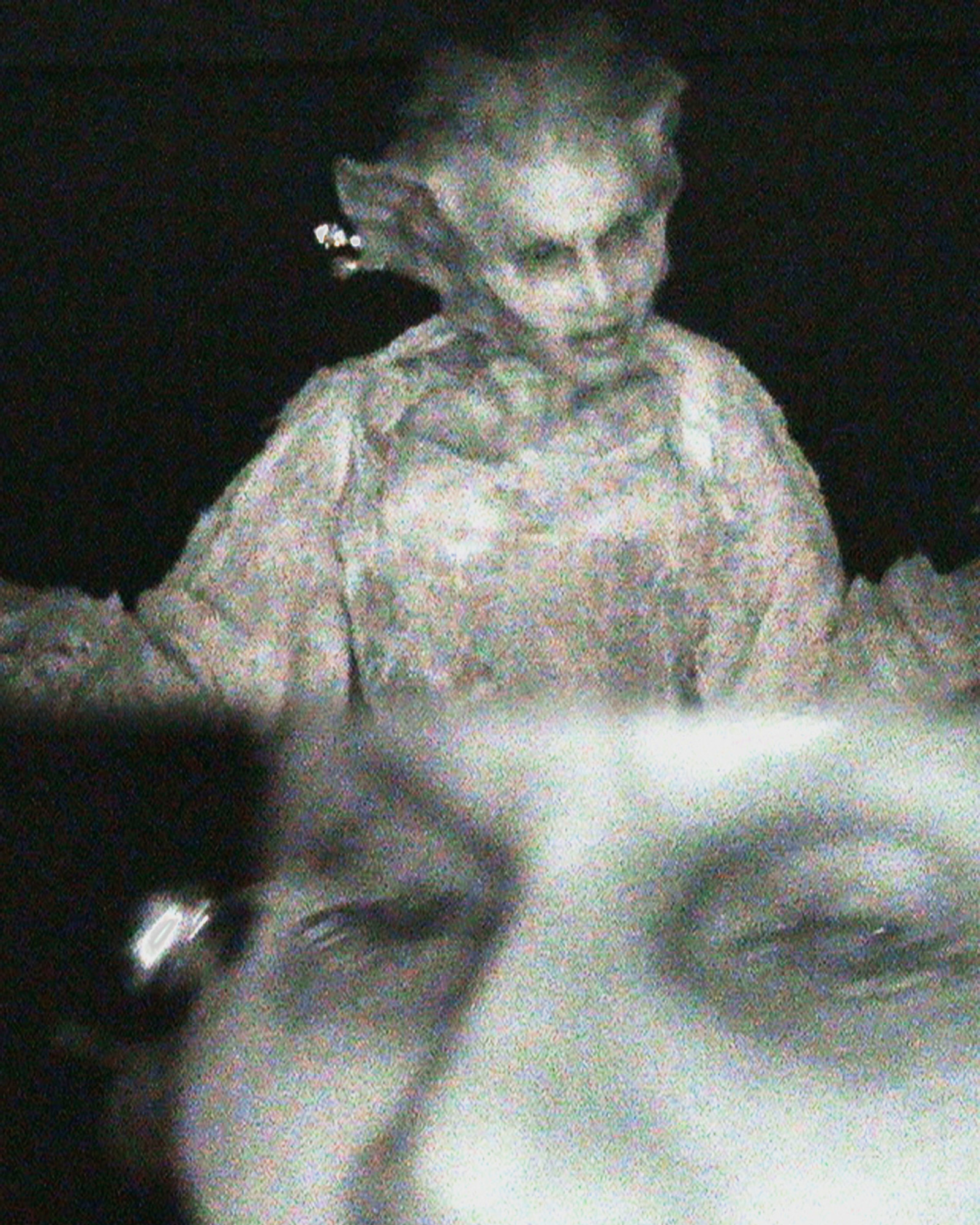 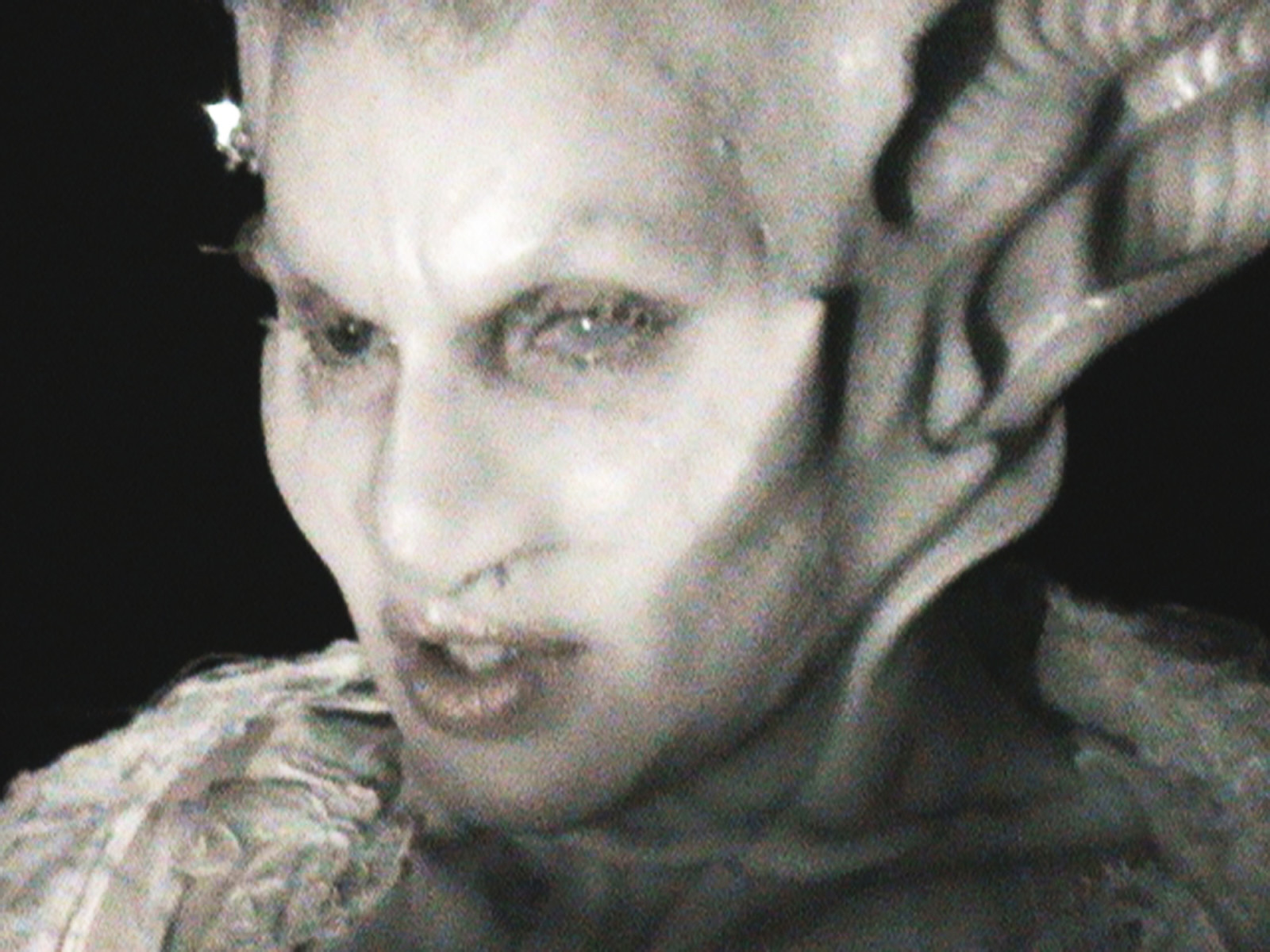 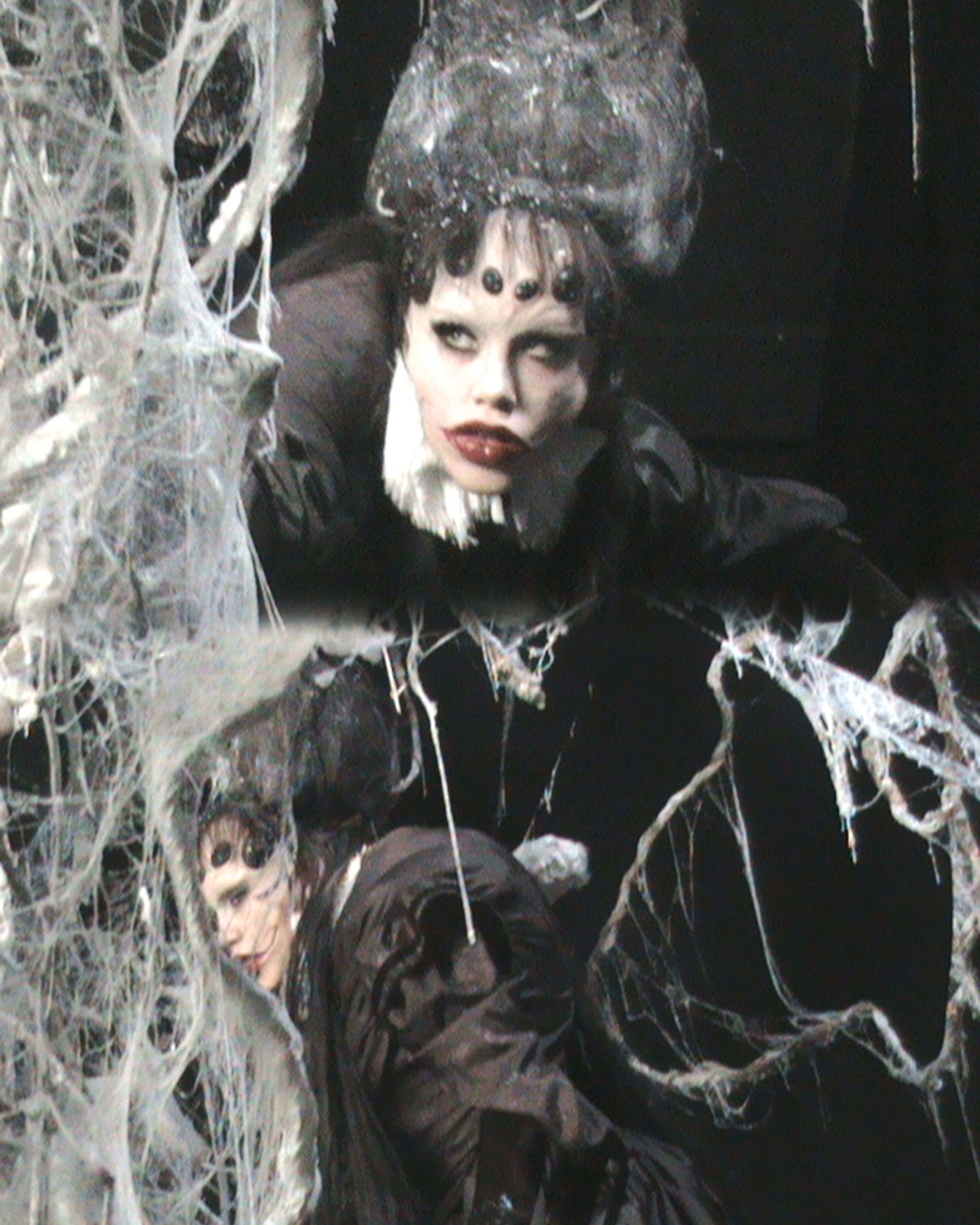 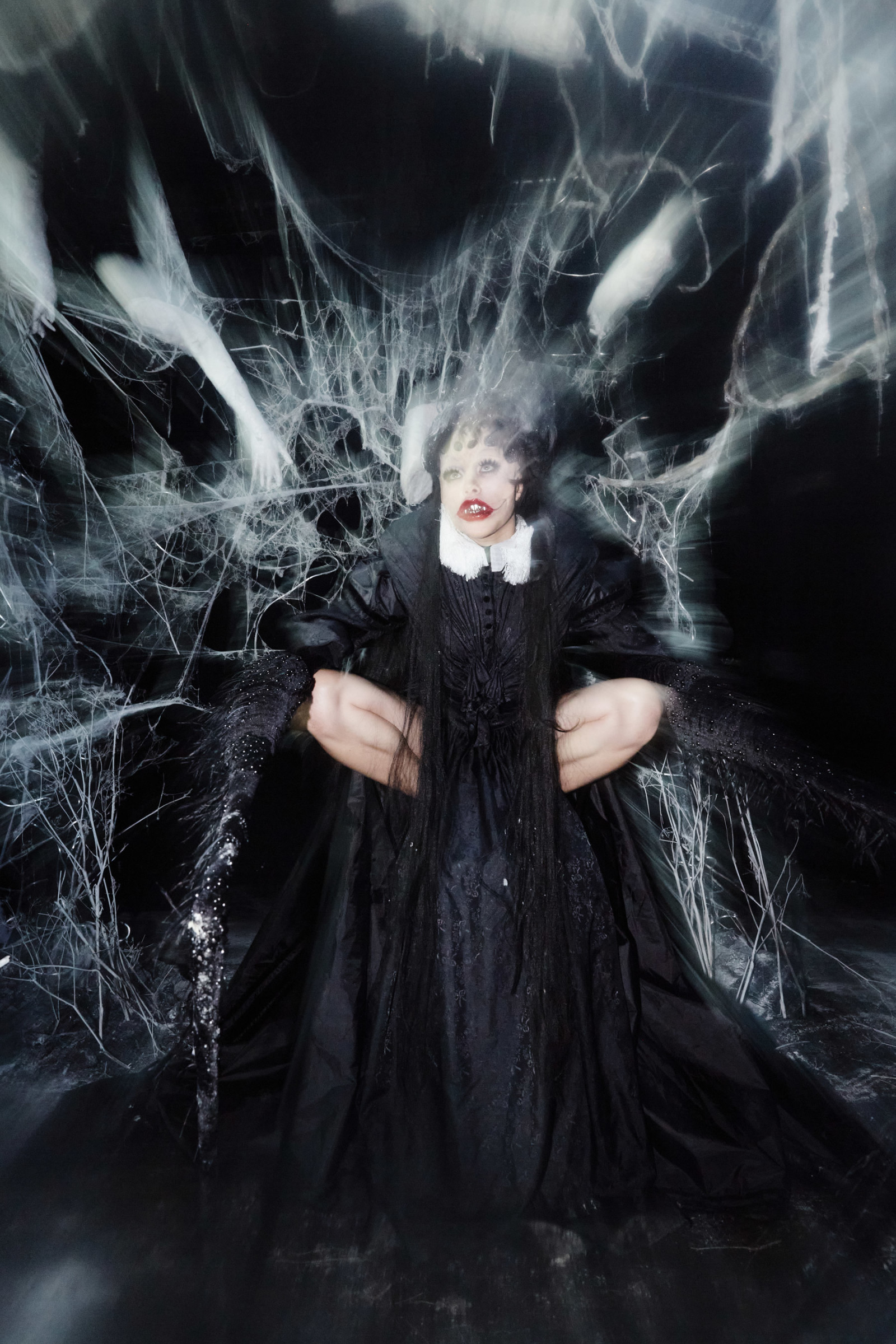