Sasha Samsonova’s Irving Penn-inspired shoots are less women in nature than women with nature. Inspired by her local botanical gardens, this WePresent-commissioned series sees her lead make up-free models into the depths of the forests of Hawaii to capture their forms against those of the surrounding foliage. Writer Claire Marie Healy speaks to Sasha about the evolution of her work, and this particularly beautiful lockdown project. 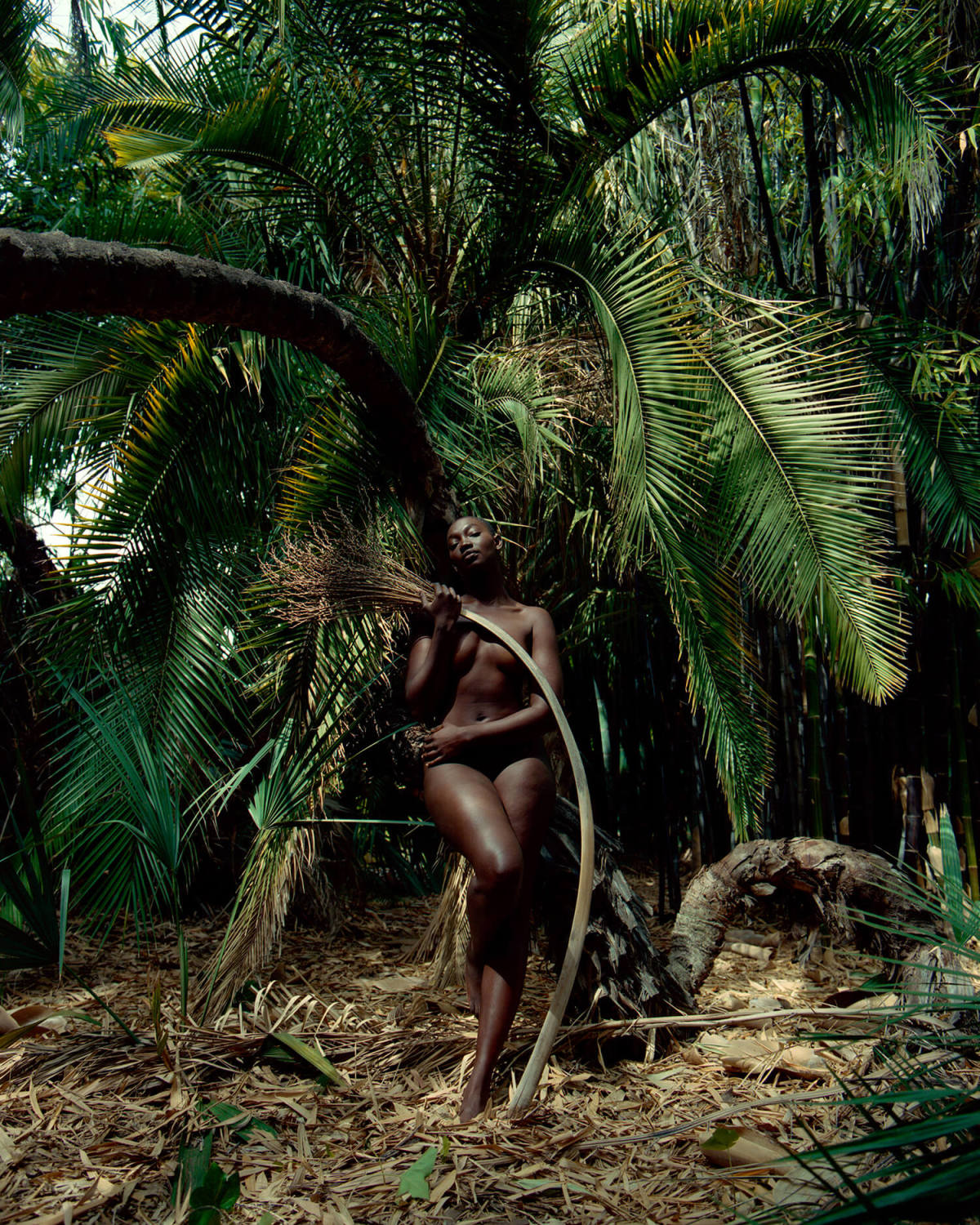 The images emanate a sense of comfort, of women powerful in their self-assurance, and in their bodies.
tweet

Though she is a photographer known for unabashedly high-octane portraits of New Hollywood, poolside or under endless desert skies – the color that imprints most readily is an azure blue cleaner than a studio backdrop – you may have noticed a distinctive, steady growth in foliage, flowers and plant fronds creeping into Sasha Samsonova’s recent work.

A good name for this practice might be what the Ukrainian-born, Los Angeles-based photographer dubs in her Instagram stories as “flowerlife,” an interest the seeds of which were planted in her local neighborhood Botanical Gardens. “I spent quite a lot of time there – that’s my happy place,” Sasha tells me over a video call, with her adopted city’s morning light filtering, however weakly, through the screen. “And at some point, I couldn't stop thinking of creating these very specific portraits, these images of women and nature – and especially with nature itself. I was always opposed to shooting it (before), because with a human being I can always play with them in the frame to create (something) different, but with nature, I was scared that I was going to mess it up if I tried to touch it, you know?”

This new fascination took Sasha, for this WePresent series, as far as Hawaii – a place she had previously visited with her boyfriend, without her camera, just to hike around Kauai and feel “the satisfaction of your brain thinking about something obsessively that does not exist in your immediate environment, and then getting it.” When she returned, this time to the island of Oahu, she had her camera and her mother in tow. Soon, she recruited two models who lived locally, and headed out to nature. “So it's like me, my mum and one of the girls, each day. My mum would help me out with my bags, because I shoot film and the cameras are heavy!” The models arrived each morning as they were, free of make up, which is exactly how Sasha wanted it.

The resulting images feel like the meeting of a photographer with her ideal environment – lush, tropical clearings reveal glistening women at one with their surroundings – but also, as is typical of Sasha’s work, a meeting of photographer and model that exists on an absolutely equal power scale. The images emanate a sense of comfort, of women powerful in their self-assurance, and in their bodies. “I never feel any kind of power [over the model],” asserts Sasha, “I [only] feel the ability to control and build my shot.” When I mention the contrasting patriarchal tradition of exploiting the power dynamic that too often seems to go along with shooting women in sexual and sensual ways – a rotten core that has been exposed, though fresh revelations still seem to come from high-fashion quarters most weeks – she emphasises her derision for that “ugly place.”

I never feel any kind of power [over the model],” asserts Sasha, “I [only] feel the ability to control and build my shot.
tweet 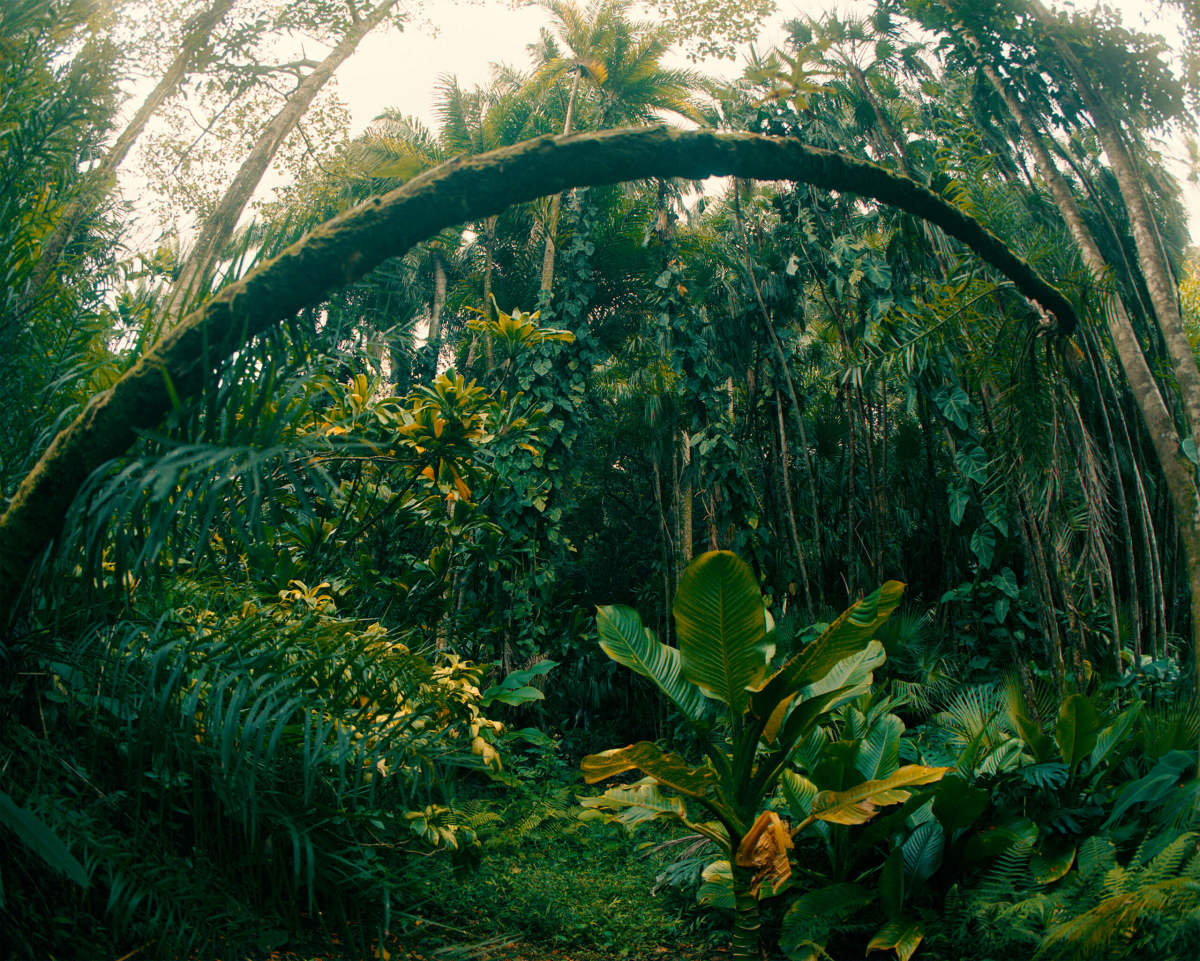 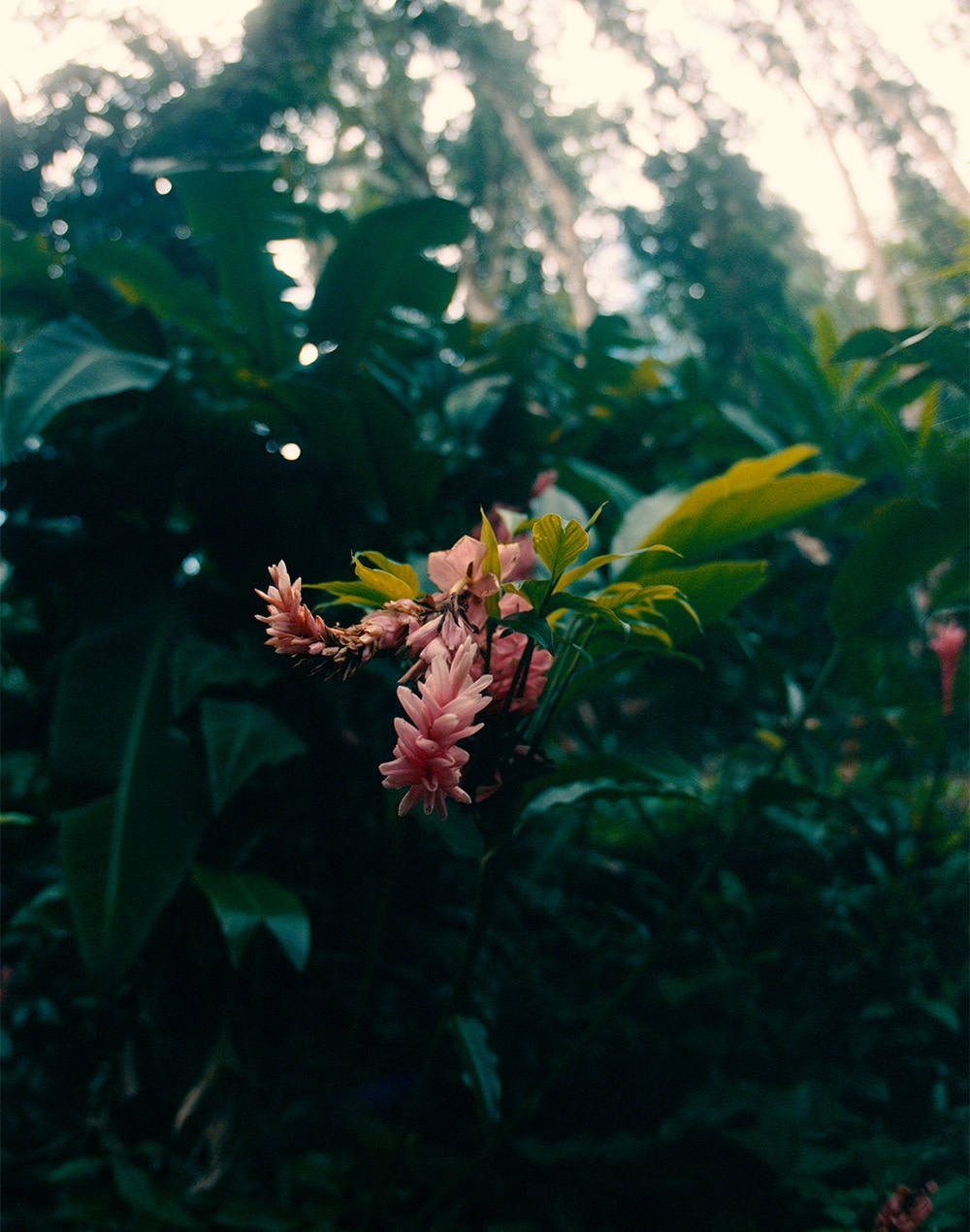 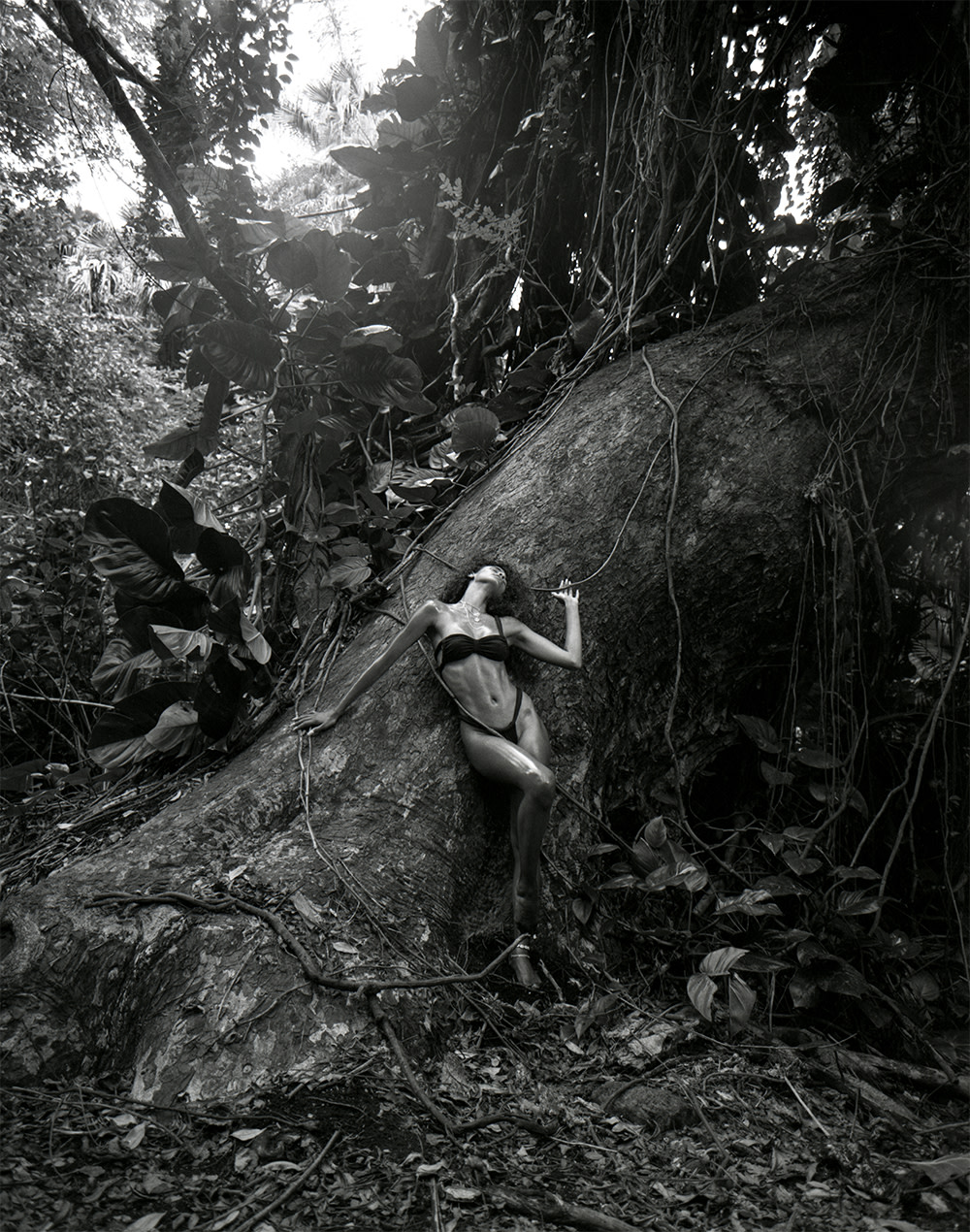 But even with Sasha’s founding of a safe environment for visible sensuality – one that has attracted women like Kylie and Kendall Jenner, Doja Cat, and Tanerelle to her world – the media dissemination of her work places her, and her subjects, in a double bind. On Instagram, where her work has grown so stratospherically, it can sometimes feel like you are algorithmically required to show your face and body to be pushed up people’s feeds – a theory Tavi Gevinson tested out in her influential essay for New York Magazine – and yet the platform still strictly censors women’s body parts, like nipples. As a woman, you just can’t win; as a photographer of women, you have to negotiate the game. When it comes to covering up,

Sasha begrudgingly does what she has to do. “[On Instagram], I’m not going to be able to share my work as it is designed, without painting things out and spoiling it,” she sighs. “Ultimately, that is making it worse. It’s unfair to those women pictured, and to the artists who are creating [the pictures]. I understand why these rules are in place. But I think that we [should] revisit and readjust them,” adding, “as to how it influences my work, it doesn't. Because I usually just don't care. If the girl is comfortable to shoot nude, there's no stopping us.” She is firm on one point: “Them looking unbelievable is my agenda.” 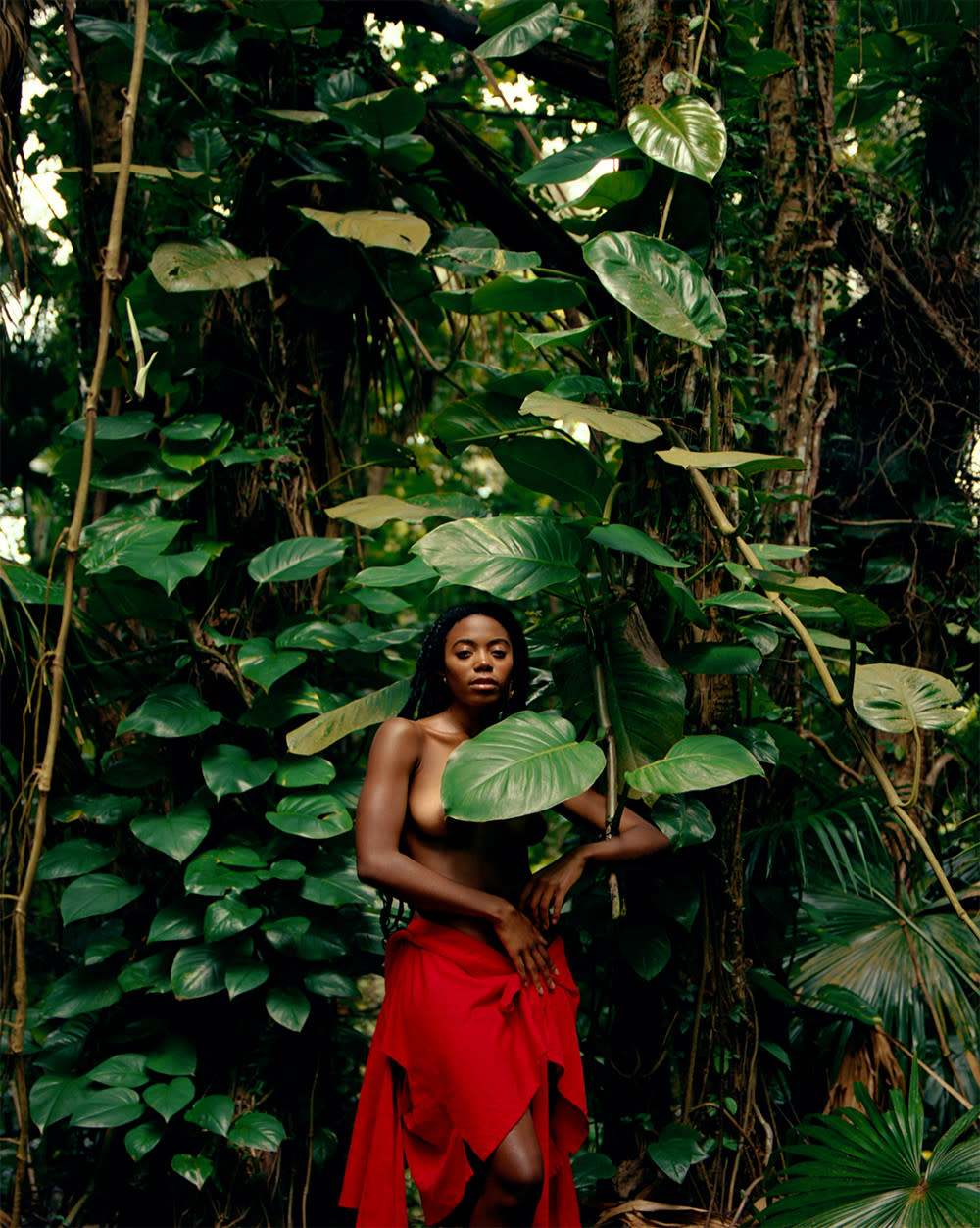 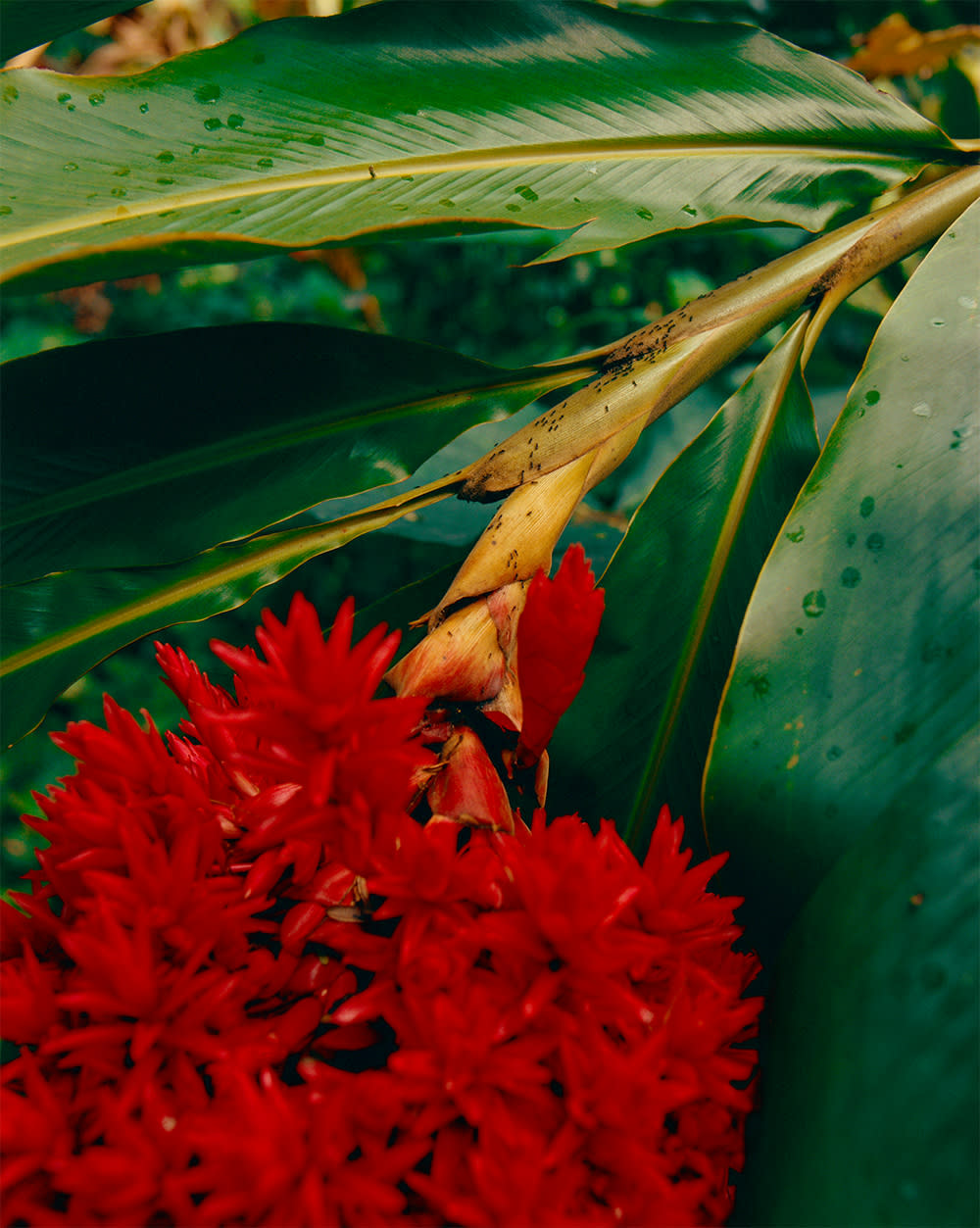 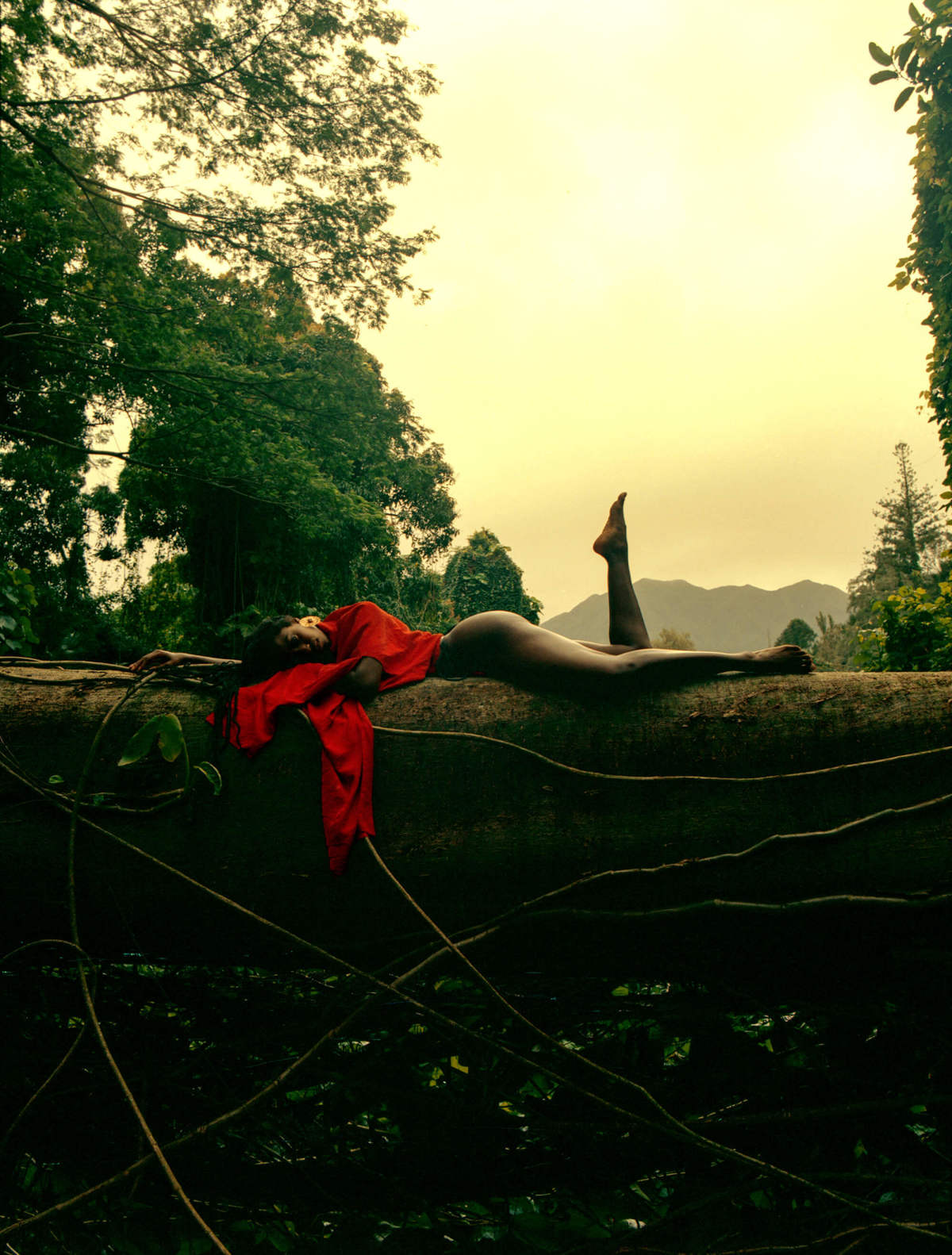 Sasha thinks her current grounding in nature was always present within her, in a way. “I was born and raised in western Ukraine, which is all mountains and forests,” she describes of her youth, before admitting that she spent most of the time praying she would move to the city as soon as possible (she did, to Kiev). While there, she first picked up a camera, and by 16 was shooting friends and posting those images online, shooting mostly film and “messing up a fair share of shots.” A local designer saw her work, and asked her to collaborate, a first professional shoot that went so well that the designer suggested Samsonova for a Harpers Bazaar Ukraine job at only 17. But as far, and as deep, as Sasha has journeyed into LA glamour in the years since then, she says today the nature of her upbringing is “burned into” her brain.

Today, citing Irving Penn, she cites a desire to return to working with the flowers she experimented with shooting at a hyper-detailed level, back when lockdown, and a year of isolation, began. And while she may not make it back to the local flora of Hawaii anytime soon, for taking surreptitious nudes, there’s still her trusted local spot. “The people who work in the Botanical Gardens know me so well by now, they follow me on social media. So they (must) see the kinds of pictures I post later. It's a very large park, so I can hide and (not) disturb people who are just there for a walk with their children. Nobody ever sees us!”

The nature of her upbringing is “burned into” her brain.
tweet 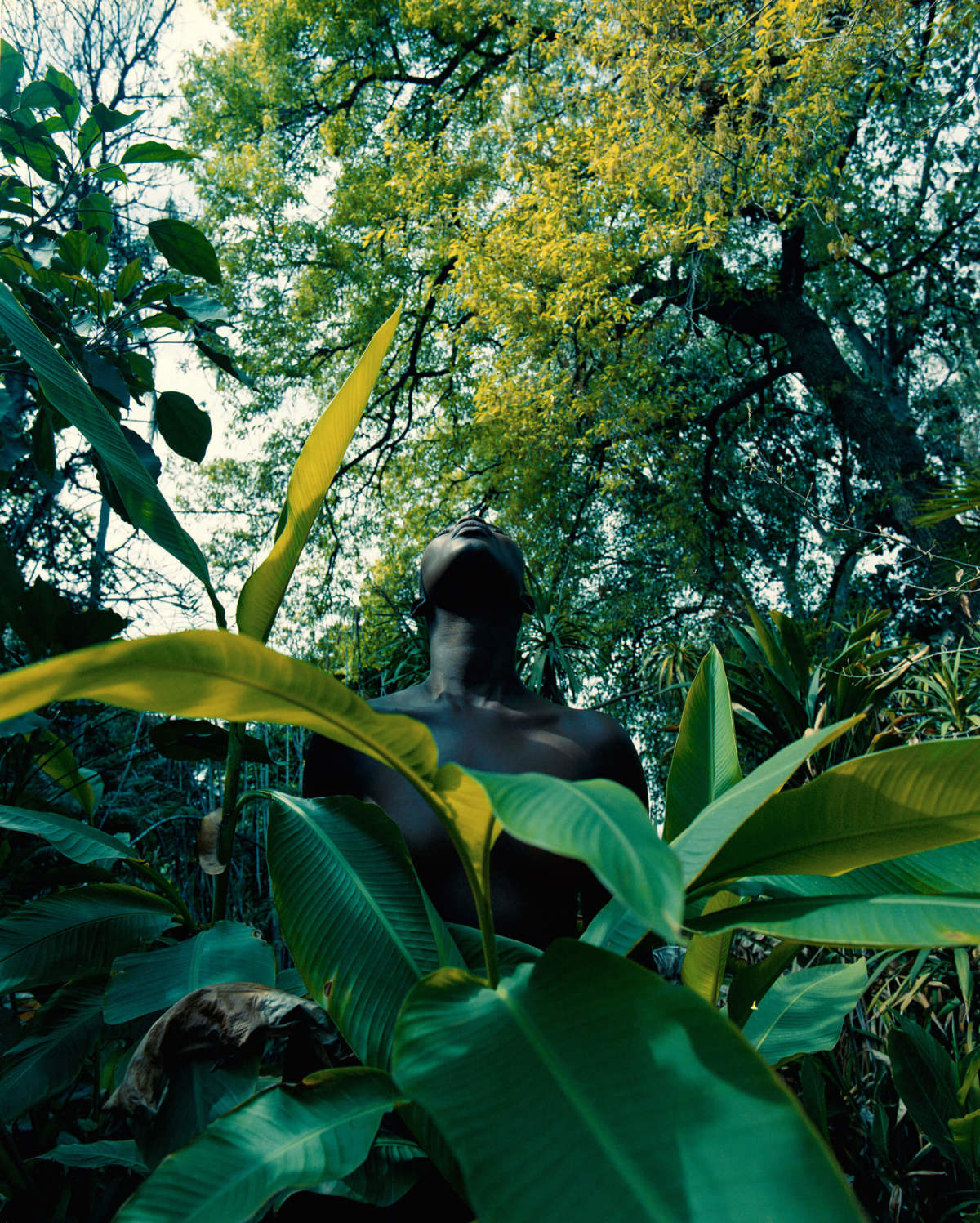 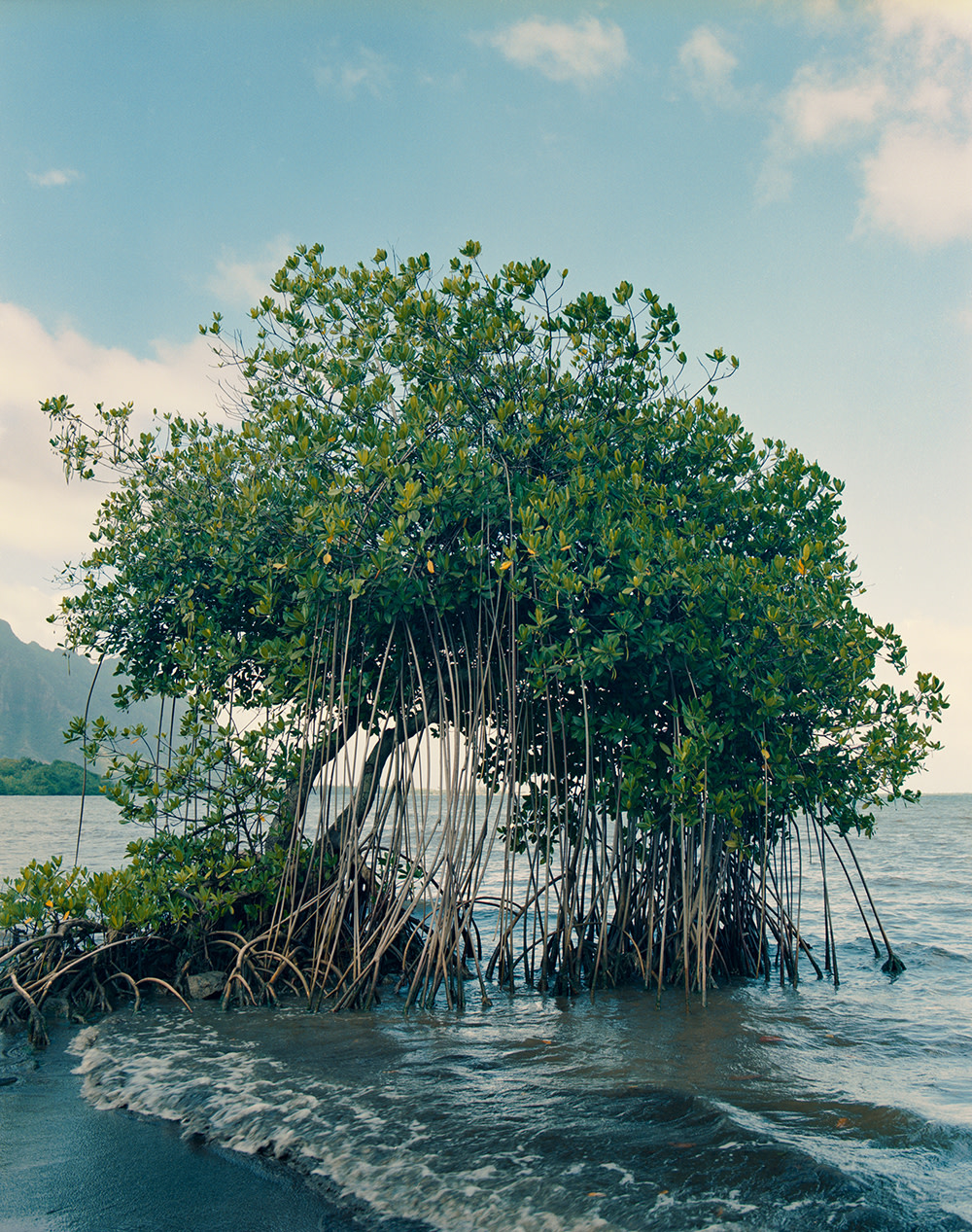 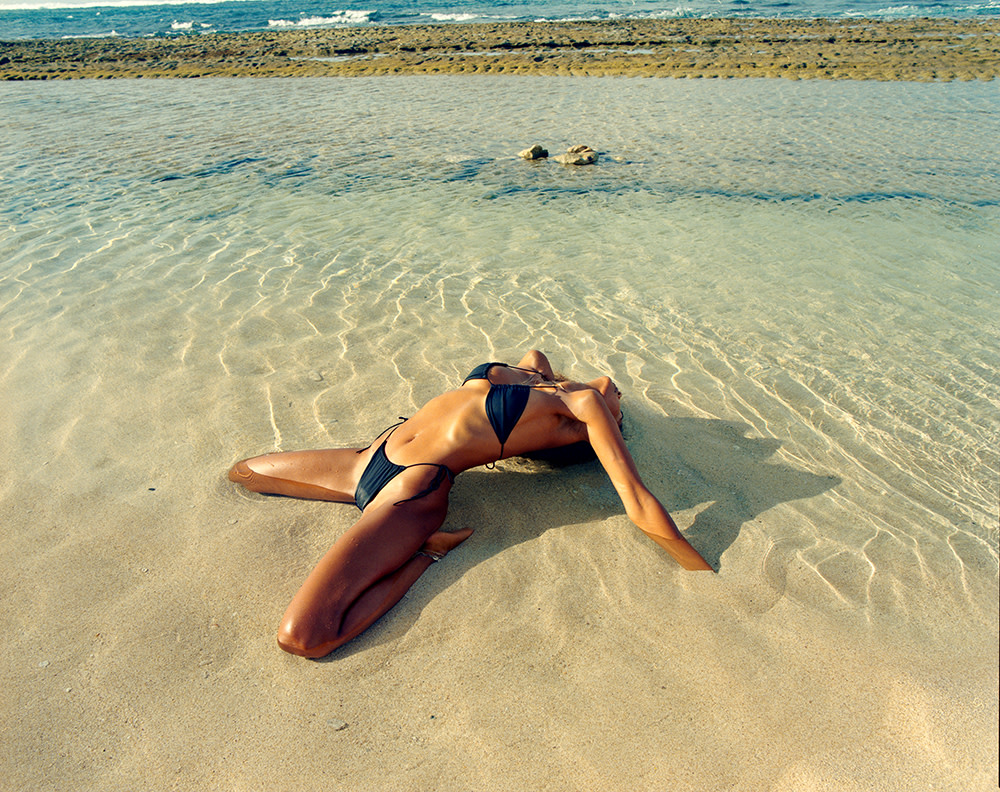 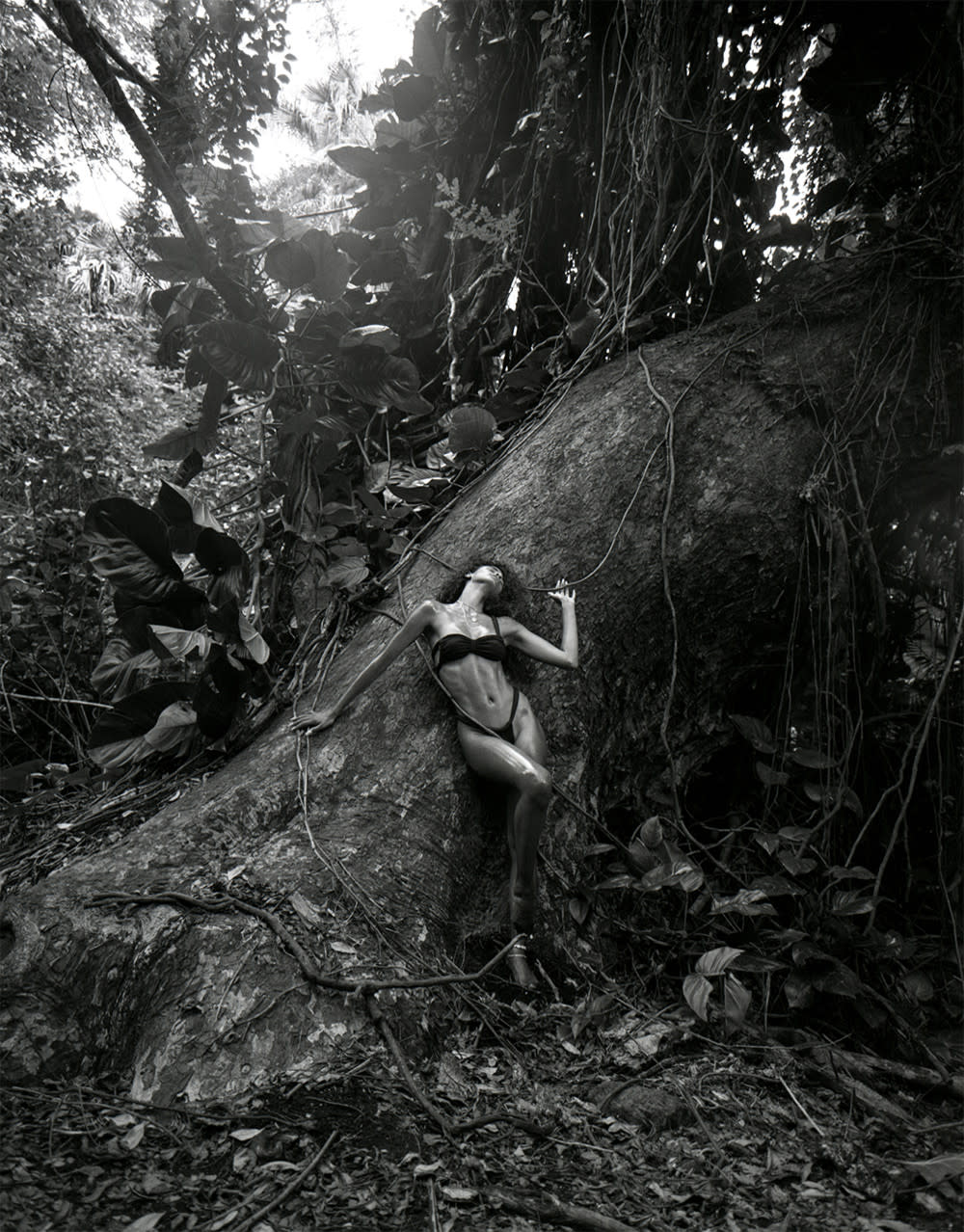 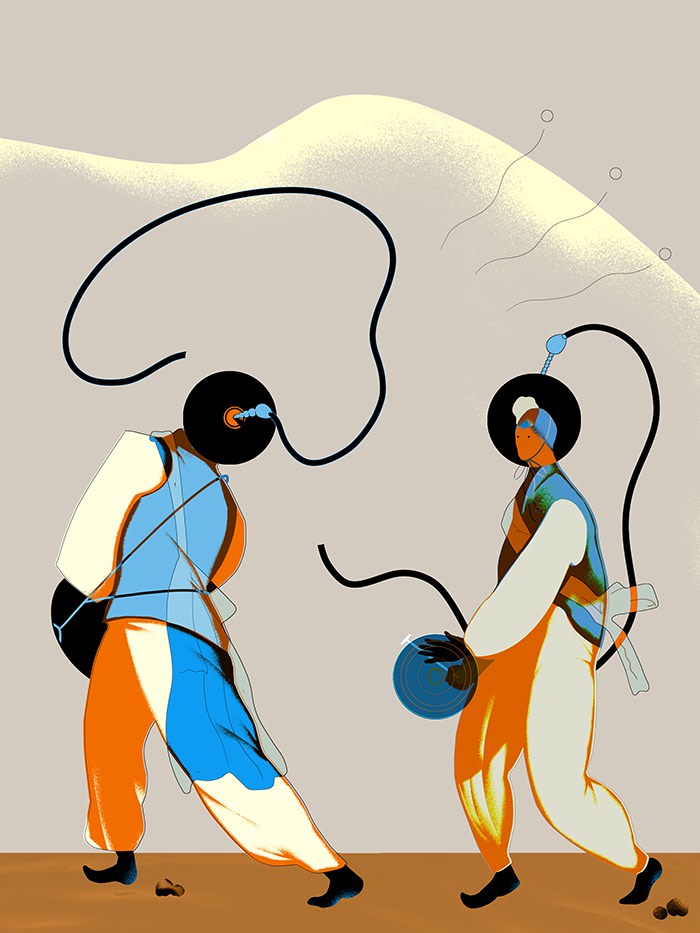 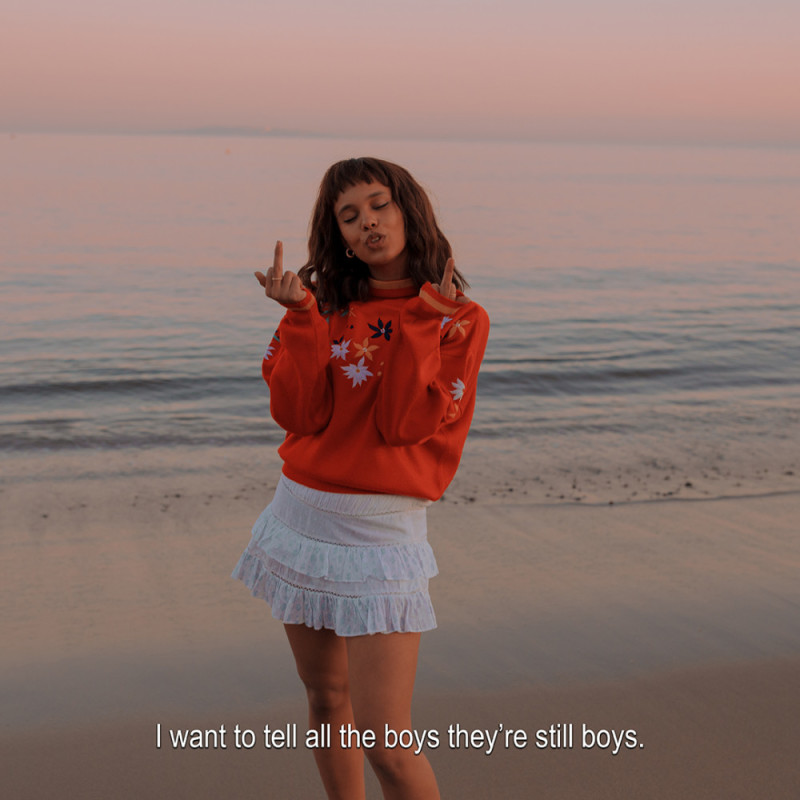 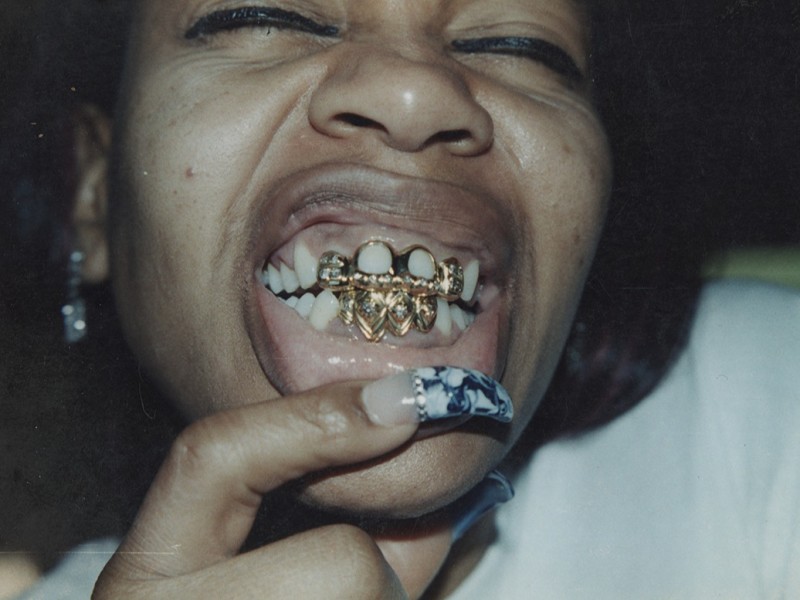 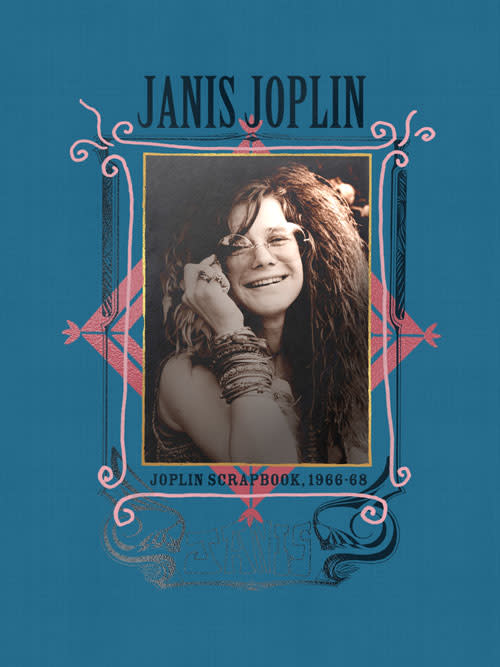 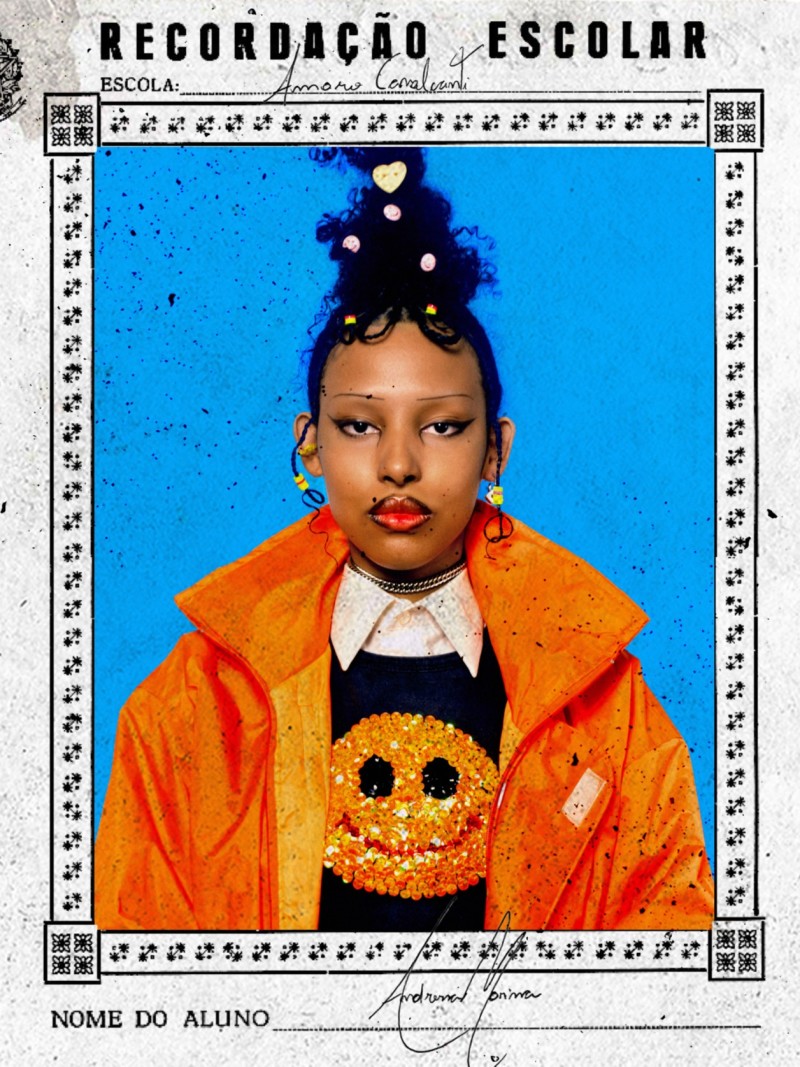