Ballet dancer and quantum physicist are perhaps two job descriptions that you wouldn’t expect to go hand in hand, but Merritt Moore is not one to define herself by the expectations of others. An alumni of both Oxford and Harvard universities, Merritt now works to combine her dedication to ballet with her research in physics to further her lifelong love of both art and science. With movement a central tenet of her creative practice, Merritt was a natural choice for Kia’s Creativity Drive Hackathon, where she and her team worked to encourage creativity among young people through a project designed to allow them to imagine their own adventures. Writer Allyssia Alleyne meets Merritt to delve further into the guiding principles of her own creativity.

As a ballet dancer Merritt Moore has performed with some of the world’s most celebrated dance companies. But now, she’s leaning into her other role as a quantum physicist, and making headlines with an unexpected partner: an industrial robotic arm.

Since August 2020, Merrit’s been programming her six-jointed “Baryshnibot” to dance alongside her, and uploading videos of their performances to Instagram and LinkedIn, racking up millions of views in the process. “I’ve always been interested in technology and dance, and when all of my dance gigs got canceled after the pandemic hit, I knew I had to find a silver lining,” Merritt says. “I didn’t know [this robot] was going to be my only potential dance partner for a very long time!”

For anyone else, the project would seem unlikely. But for Merritt, the pairing of woman and machine seems almost natural. A graduate of Harvard University and the University of Oxford, where she obtained her BA in Physics and PhD in Atomic and Laser Physics respectively, the 33-year-old has spent years balancing work as an academic quantum physicist with a career as a professional dancer, sneaking in rehearsals and performances between lab work and sleep. In the press, the feat has earned her a storybook moniker: The Quantum Ballerina. (Incidentally, she did feature in a children’s book, the New York Times bestseller Good Night Stories For Rebel Girls.)

In pursuing both physics and dance, I’ve been very disappointed in how institutionalized everything is.
tweet

Merritt first began exploring potential connections between choreography, robotics and machine learning at the start of 2020, as an artist-in-residence at the Harvard ArtLab. But turning that initial investigation into a social media sensation required not only technical knowledge and artistry, but tenacity and creative thinking – a combination that has empowered Merritt over the course of her twin careers.

To Merritt, creativity stems from curiosity and daring to look at the world differently. So during Kia’s Creativity Drive Hackathon, she and her team put both at the core of their pitch to encourage creativity among young people, proposing a bank of prompts (either a physical deck card or an app) that invites players to imagine their own questions and scenarios – a radical departure from typical modes of education, wherein students are taught the answers to predetermined questions.

“Everyone is disgruntled with the education system… but it’s really hard to come up with solutions for it,” she says. “[Kia’s Creativity Drive Hackathon] really gave me hope that the system can be revamped, and I hope that this can be a catalyst for something wonderful and inspiring in the future.”

Diving into her creative process, we explore how Merritt uses her scientific background and dance-world experience to push her ideas forward.

“A question I get a lot is, ‘How do you swap between the left brain and the right brain?’” Merritt says. The short answer? She doesn’t.

“When you’re in the lab, you’re having to imagine and interpret the most bizarre aspects of quantum mechanics and superposition. It takes a lot of imagination and creativity to try to understand it,” she says.

Similarly, Merritt remembers her grounding in the scientific method as a game-changer when, during her freshman year at Harvard, she decided she wanted to pursue dance professionally. A late starter, she didn’t enroll in ballet lessons until she was 13, and knew she needed an edge to keep up with her peers.

“In ballet training, it’s just constant repetition without real analysis,” she says. “Because I was coming from the experimentalist scientist background, I was like, ‘Okay. We tried it this way, and that was the result. What are my variables? What am I changing? What is my output?’”

Millions of viewers have watched Merritt and her Baryshnibot dancing on Instagram. What they didn’t see is the effort it took for her to land the robot in the first place. After tracking down a contact at Universal Robots on LinkedIn in April, Merritt says she was in conversations with members of their team for months before the robot was delivered to her home in August.

After her initial request was turned down, Merritt found herself emailing anyone she could get a hold of and pleading her case. However, she was conscious of really listening to their responses and adapting her terms to make her request more appealing.

“It took a lot of being like, ‘Hi again. I know you said no, but can we reconsider this no?’” she says. “If the door was not budging, I would have moved on… But my fear of regret made me ask, ‘Was I almost close to opening that door? What if I’d just sent one more email?’”

During her sophomore year at Harvard, while balancing a full-course load, Merritt went on tour, auditioning for major ballet companies in cities around the world. The first 24 ended in rejection; the 25th secured her a contract with the Zurich Ballet. “After three [rejections] I can see people get very demoralized and want to quit,” she says. “But [for me], it’s just about changing the perception of what [that experience] is – if I felt each ‘no’ as a rejection, that would have been very, very hard.”

Instead of looking at missed opportunities as personal failures, Merritt frames them as moments of growth: “My mom would tell me that you should feel most proud when you fail and you get back up, because you’re building that strength that will provide you the ability to make the most impact later on in life. If you can get back up from failure quickly and easily, then you’re invincible.”

In her late twenties, Merritt developed a personal mantra: I am free, and I give hope. “I’m free of stereotypes and prejudices; I’m free to mess up; I’m free to give my all and not hold back; and I’m free to be different and do things my own way,” she explains. “I aim to give hope in the sense that any step forward I take in art and science – or anything that I do – is to show people who have their own dreams that they can do it as well.”

When it comes to choosing whether or not to pursue an endeavor, Merritt is guided by her North Star – a personal mission statement that encompasses her values, passions and intended impact. “There are so many things that it’s easy to say yes to, so it’s just helpful to ask, ‘Is this in the direction of my North Star?’ And if it’s not, I’ll pass.”

I’ve always been interested in technology and dance, and when all of my dance gigs got canceled after the pandemic hit, I knew I had to find a silver lining.
tweet

Look for questions, not answers

Merritt credits her father with fanning the embers of her creativity throughout her childhood. “My dad would take my sister and me outside on the balcony, and always ask questions like, ‘What do you think dark matter is?’ ‘Do you think there’s life out there?’ and ‘What do infinity galaxies [look like]?’ Those kinds of questions made me look at everything in a new way and constantly ask my own questions.”

So she was disappointed to find that, throughout her education, that sort of free-thinking was discouraged. “In pursuing both physics and dance, I’ve been very disappointed in how institutionalized everything is – how little freedom there is and how it really does bash out creativity,” she says.

These experiences inspired the pitch Merritt helped develop during the Kia Creativity Drive Hackathon: Learning to ask interesting questions rather than memorizing answers, she suggests, could be revolutionary. “I’ve done every exam under the sun, and there’s so much pressure to answer questions non-stop. But the greatest breakthroughs come from those who ask good questions.”

The stage and the studio are for dancing, and the lab is for research. But for Merritt, big-picture thinking about new projects or changes in direction require a distance and a degree of disconnect – somewhere neutral, removed from work and distractions and the familiar.

Growing up in LA, she found moments of clarity during the “four to five hours a day” she spent being ferried around in the family car, gazing out the window between homework, stretches and snacks. But today, that sweet spot is the airport. “It’s like you are in no-man’s-land: no one knows you, no one reacts to you in a certain way. You’re removed from an environment that imposes preconceived notions and stereotypes on you,” she explains. “While you’re going through, you can reassess: Am I going down the path I want to be taking? Am I improving myself in the way I want to improve? It’s like a reboot.”

Both Kia and WePresent share the belief that creativity is a defining characteristic of humankind. It’s one that should be fostered in future generations; but instead of nurturing creativity in children, our education systems often repress it. This is why Kia devised Creativity Drive: a hackathon that challenged creatives to dream up projects to help equip the next generation with the creative thinking needed for the future. The outcome of the hackathon was the simple yet brilliant insight that the foundation of creativity lies in asking questions, not in having all the right answers.

Explore what drives the creativity of three pioneering artists in our three-part series, Creativity Rules. 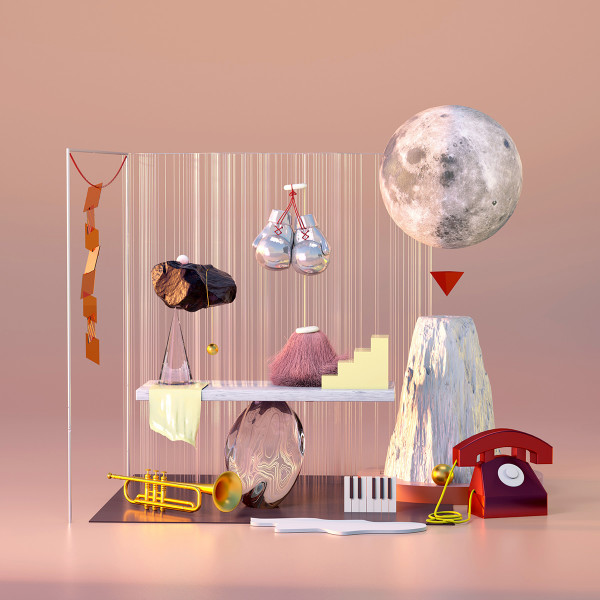 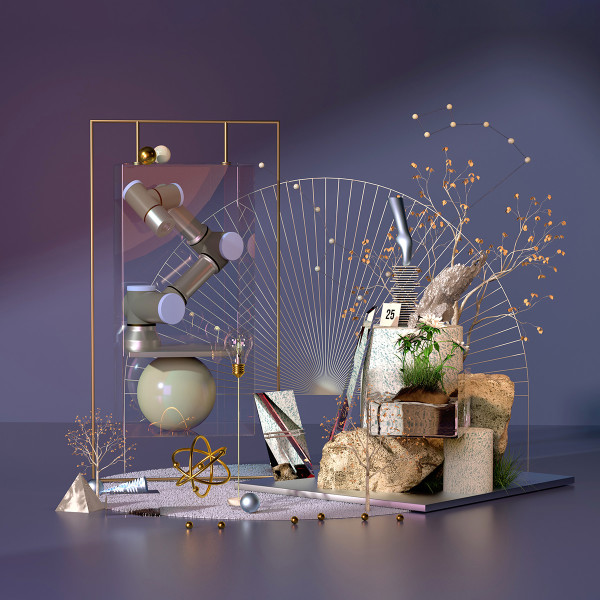 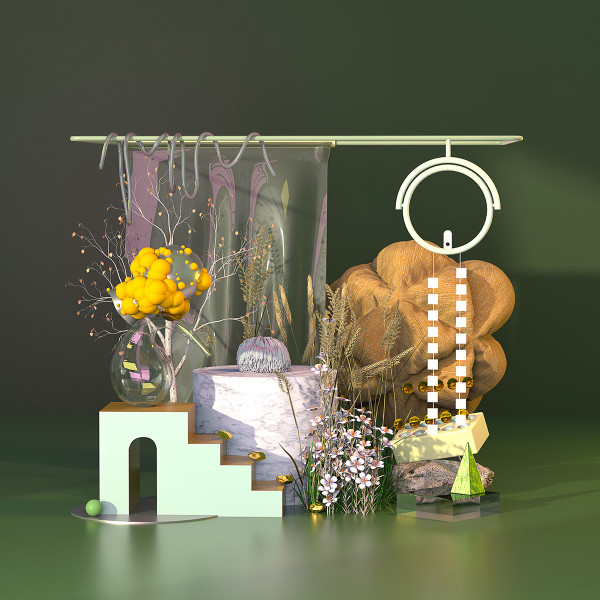 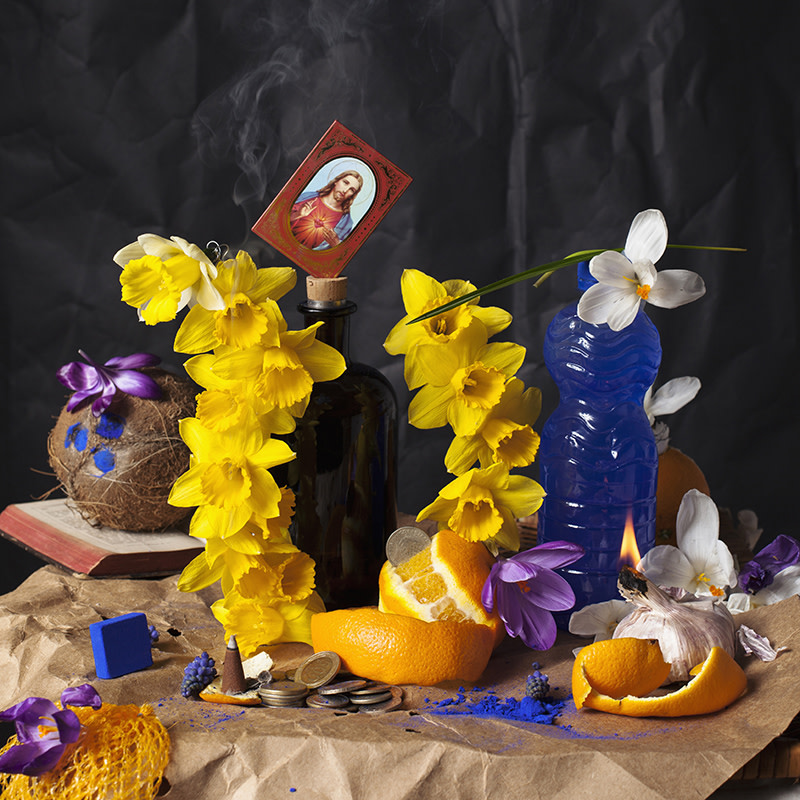 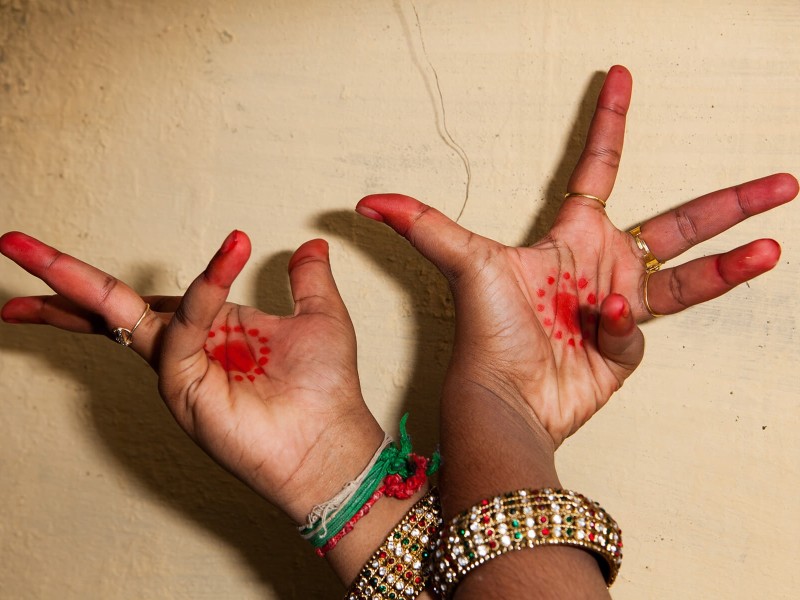 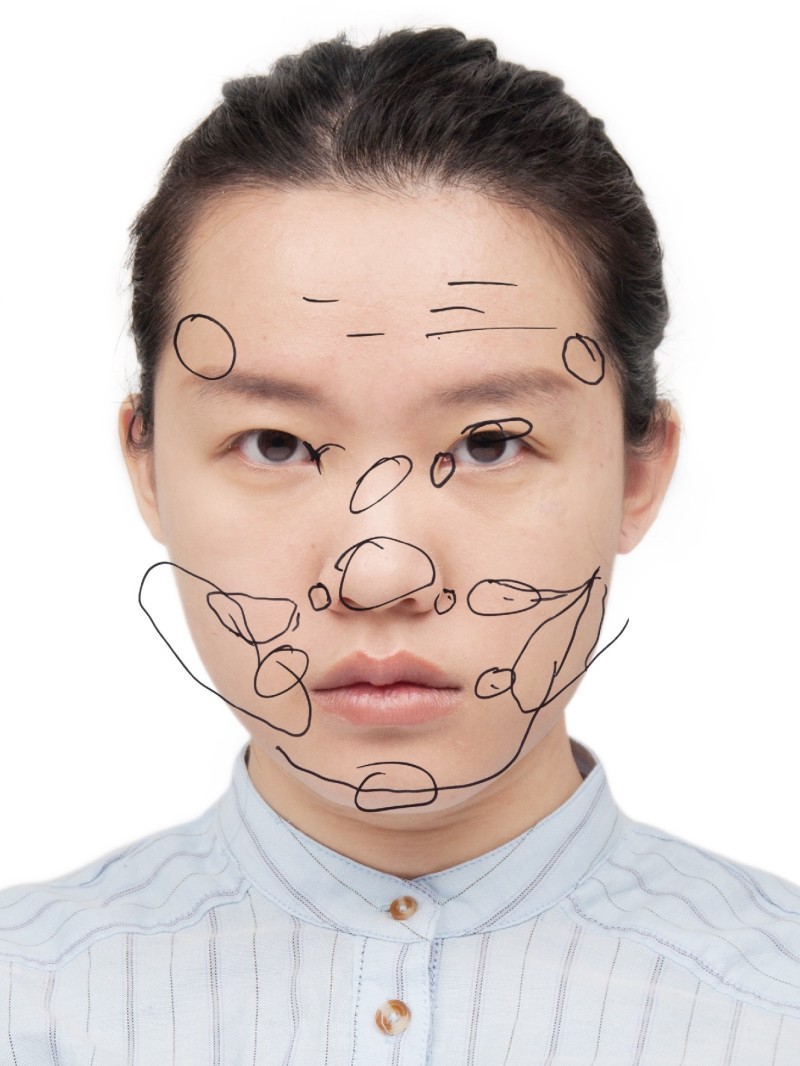 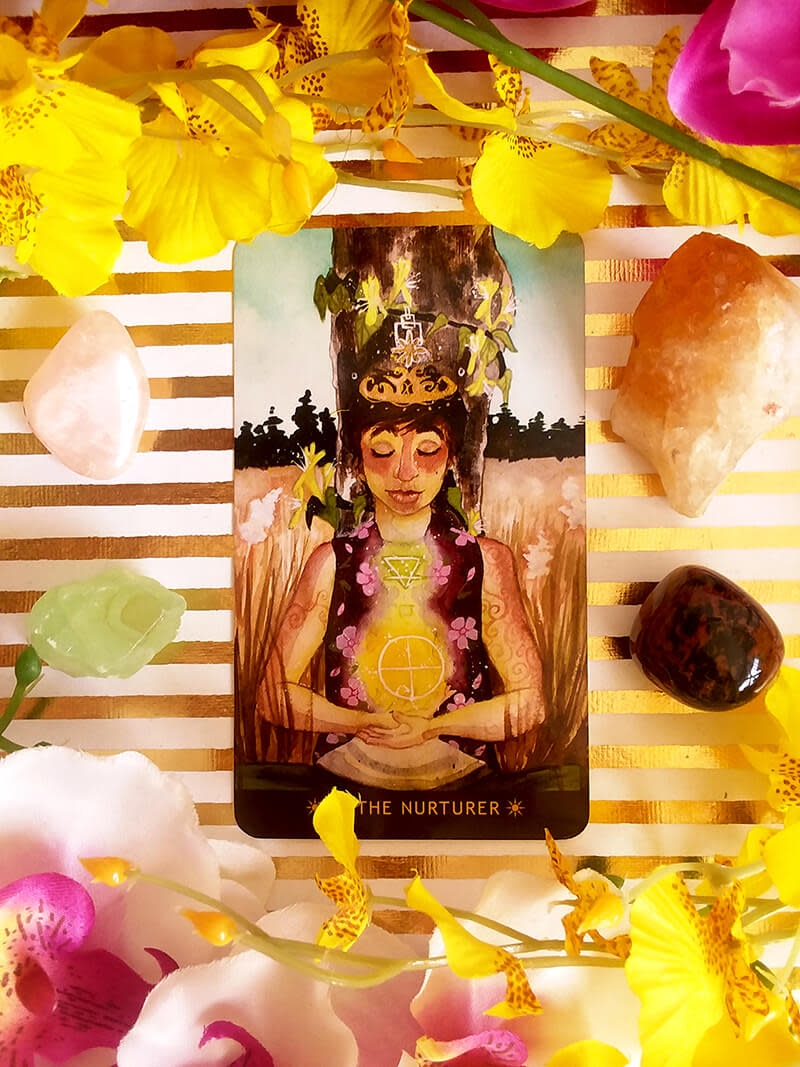 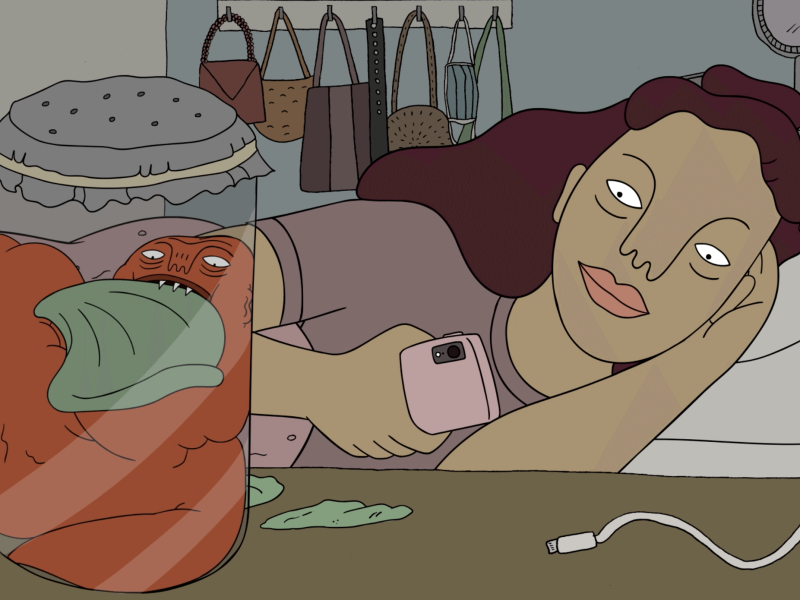 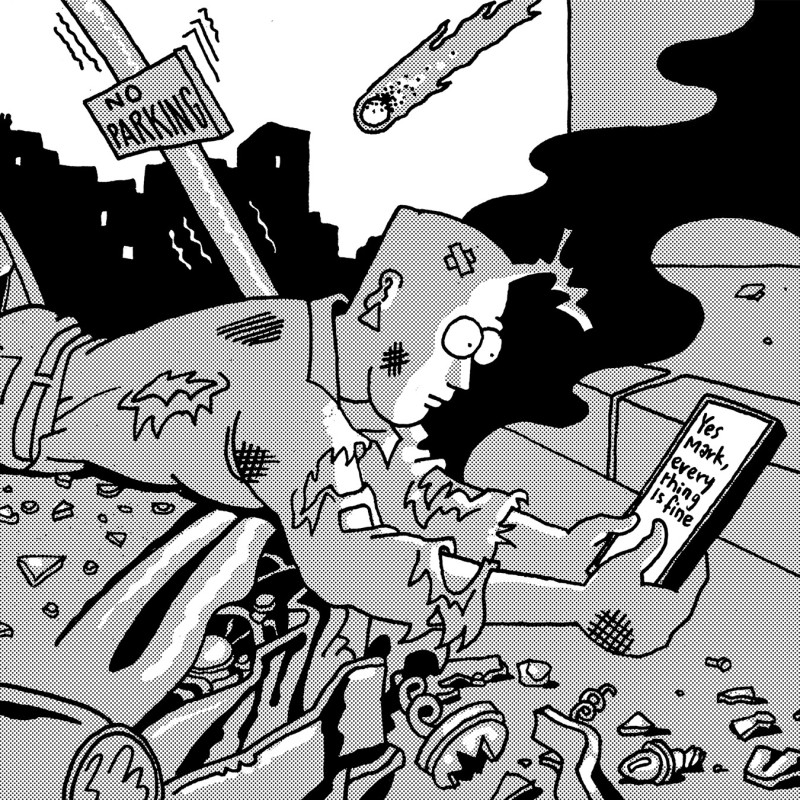 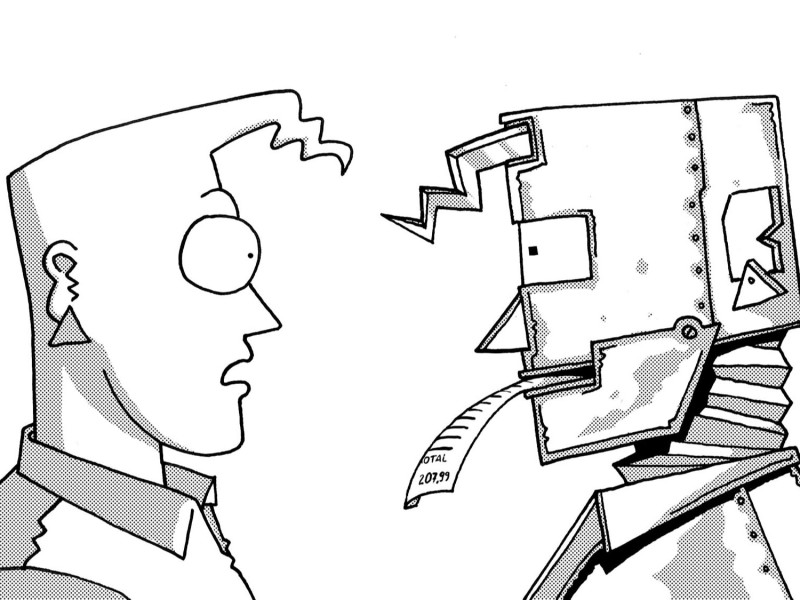 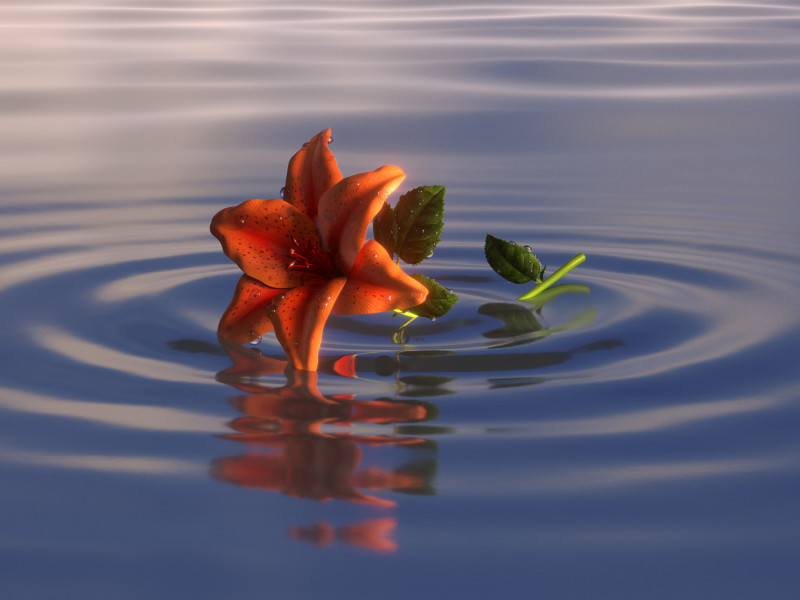 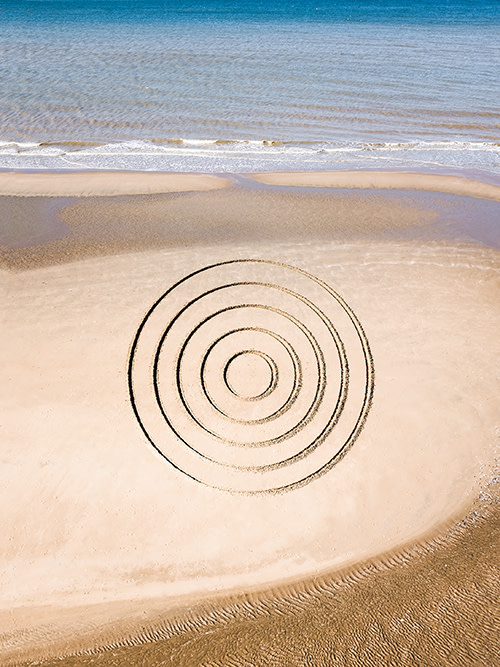 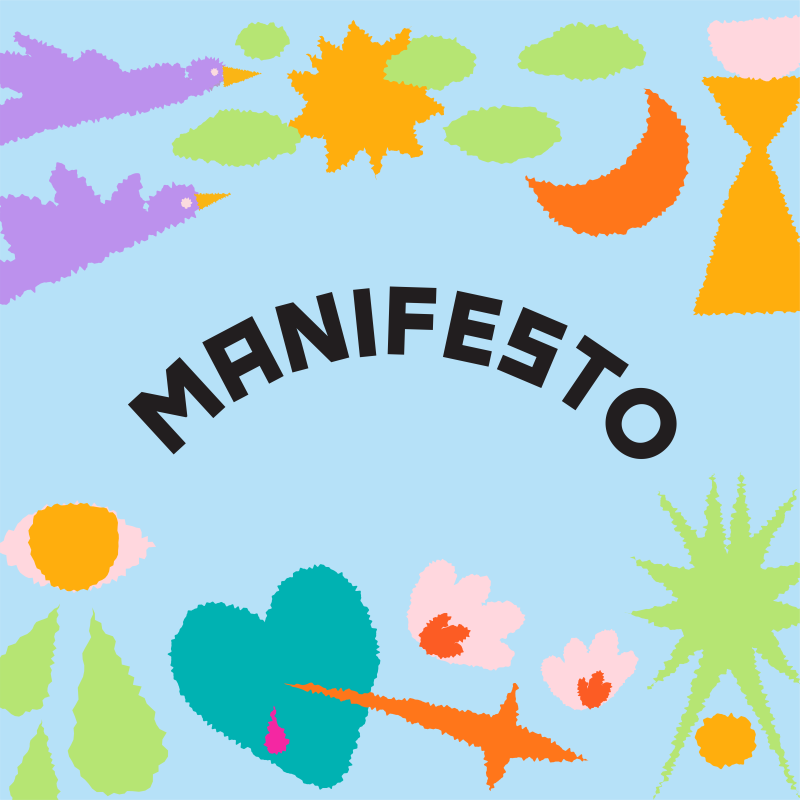