Jaimal Yogis It's one of those experiences that is beyond words

When surfers talk about surfing, it sounds like a religious experience. For them, a trip to the beach is part sport, part ritual and part mediation.

Andreas Tzortzis spoke to author and surfer Jaimal Yogis about how he combines sport and spirituality through his writing.

When he can – and it’s getting harder these days with three young sons to watch over –Jaimal Yogis wakes up before dawn and pulls on his wetsuit. He chooses from a selection of surfboards bunched into a small section of his garage, walks out of his front door, across the street and then over the ice plant-dotted median divider of San Francisco's Great Highway. 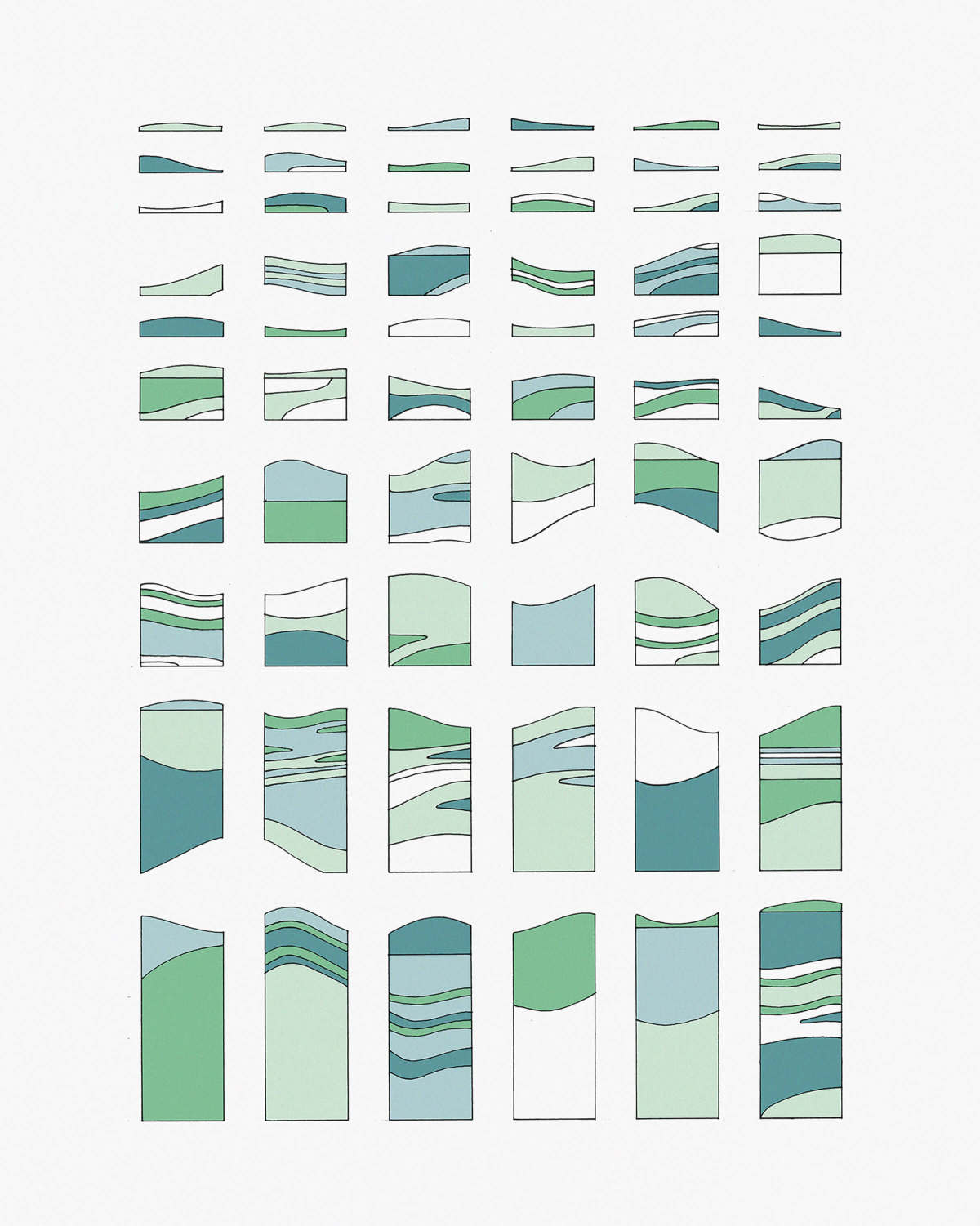 A great expanse of sand awaits him before he slides onto his board into the merciless churn of the bitter cold waves of Ocean Beach. He spent many years thinking about how to describe that churn and those waves — and most of his lifetime trying to figure out exactly what they mean to him.

“In terms of the actual experience of surfing. The description of the wave... To actually do it, I think it feels like you’re going to wreck it somehow,” he says. “Because it's one of those experiences that's beyond words. You almost want to leave it there, and not bring it down into this realm.”

When he was 29, he did it anyway, penning a memoir, called Saltwater Buddha. The book drifts somewhere at the intersection of surfing literature, the autobiography of a rebellious youth and a textbook on Eastern philosophy.

Last year, he continued his exploration of surfing and mysticism with his second book All Our Waves Are Water. With these books, Jaimal added his name to a canon of surf literature that has offered up some remarkable writing in recent years.

The actual experience of surfing, you almost want to leave it there. And not bring it down into this realm.
tweet

There was Daniel Duane’s Caught Inside, spanning the botanical and oceanic history of the California coastline around Santa Cruz in the memoir of his year spent navigating the locals and the secret spots of the cold-water surf Mecca.

Novelist Peter Heller’s Kook covers the same territory, but from the perspective of a 45-year-old man looking for purpose in Baja California, a Mexican state close to the US border. Then, in 2015, New Yorker-writer William Finnegan’s Barbarian Days: A Surfing Life, about his “secret” life as a nomadic surfer, brought the concept of surfing addiction to the mainstream as it climbed the bestseller lists and won the Pulitzer Prize.

Coursing through every one of these impressive efforts is the why. The answers are as varied as the backgrounds sending each writer into the water. Some are fleeing home life, others middle age.

Jaimal’s story is the only one to link his love of surfing with spirituality and search for enlightenment – through a California monastery, a Franciscan abbey in New York, the mountains of Tibet and Jerusalem’s Wailing Wall. He took the journeys as he has most things in life: impulsively. But he was hesitant to follow the path into writing. 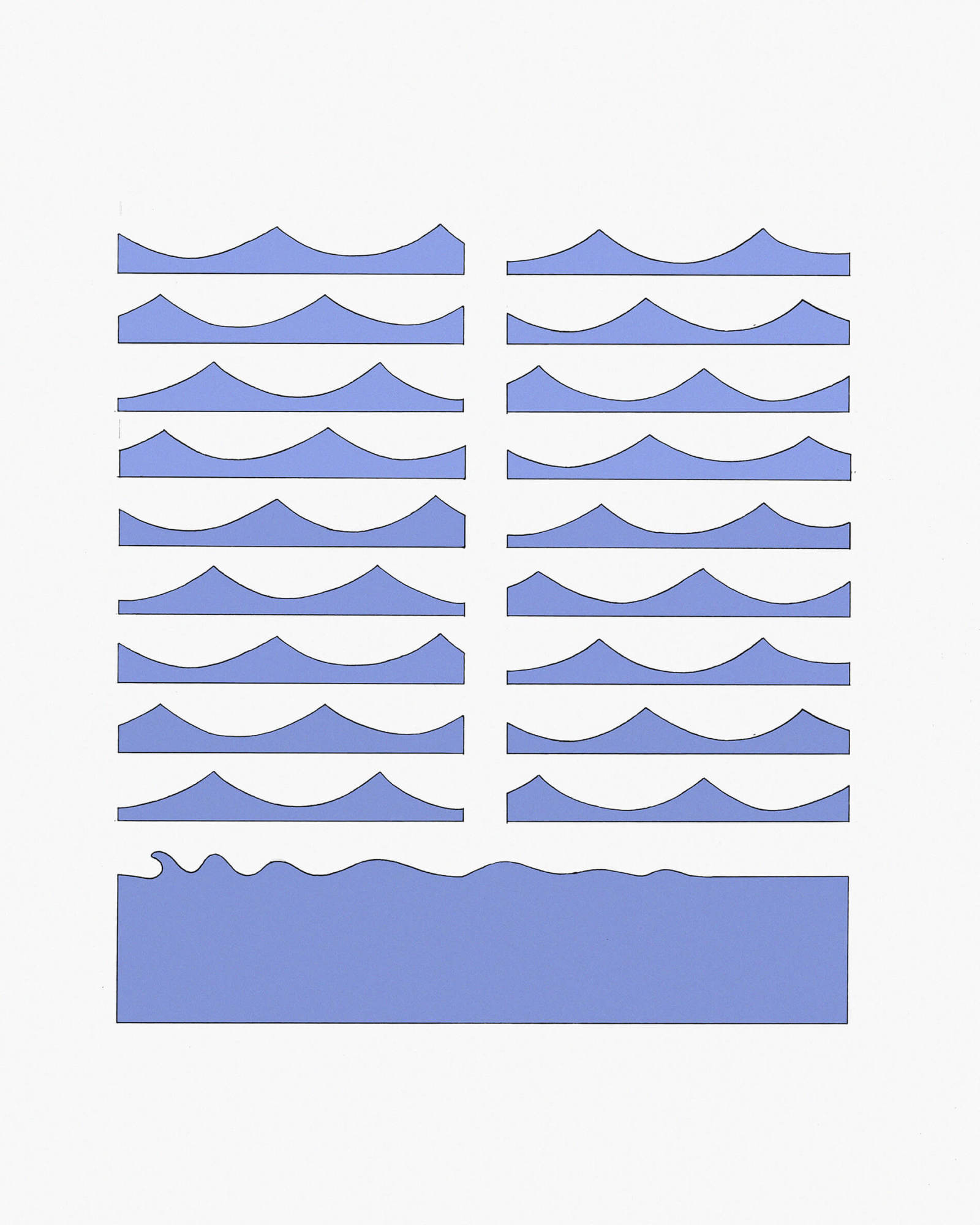 Kooks are quick to see God in the struggle to pop up on an eight-foot foam board, or wax idiotically to anyone who will listen about their "flow state." There’s something about seeing expert surfers that gives you the feeling they’ve somehow figured it all out.

But Jaimal rejects the idea that all surfers are “Taoist masters or something to that effect.” At its worst, the lazy generalizations frustrate those who actually understand the full spectrum of surf culture.

“Some surfers view it purely as a sport and don’t want it to be sullied by this metaphysical crap," he says. But Jaimal – with plenty of experience in both surfing and the search for meaning outside of it – was undeterred. 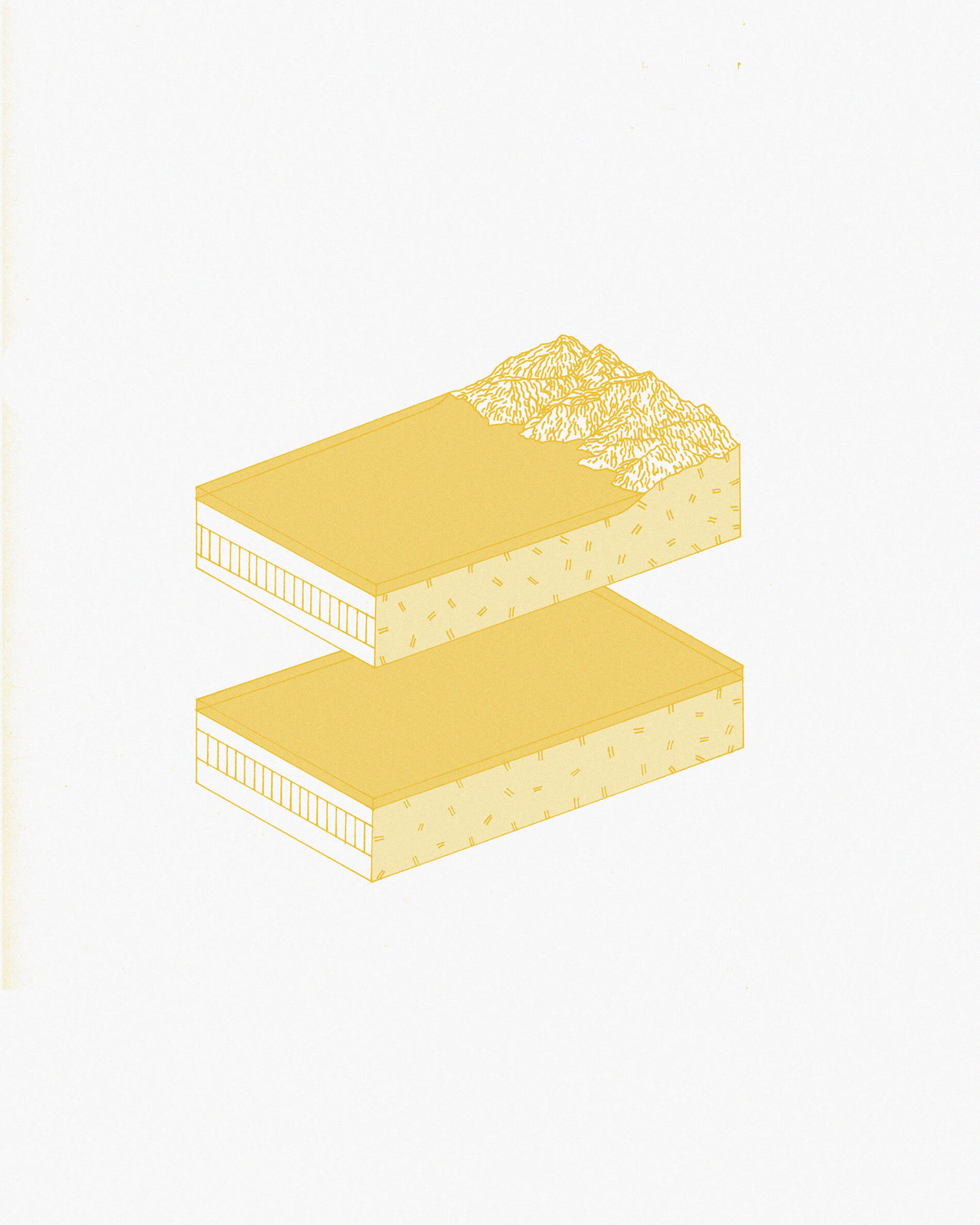 His earliest memories of the water come from the Azores islands of Portugal, where his father, who was in the Air Force, was stationed for a few years. Throughout his early childhood, when the family eventually settled near Sacramento, the water was a place he’d dream about.

On weekends, when his parents’ marriage was still functioning, they’d take road trips out to the Northern Californian coast – the sea as a place of happiness.

Jaimal and his sister Ciel would spend time looking for fairies on the beaches and in the woods. His parents were spiritual seekers, getting into yoga and Buddhism in the 1960s (Jaimal was named after the guru Baba Jaimal Singh ).

I was starting to question the universe and my role in it, and I was always a little bit oriented that way.
tweet

At home, the bookshelves were lined with Eastern philosophy: The Tao of I-Ching and The Bhagavad Gita . Even when Jaimal was putting up Michael Jordan posters on his wall, skating with his crew or getting into the kind of trouble suburban teenagers get into, he was aware the world was a mysterious place. And maybe water, and surfing, would help him navigate it.

“I was starting to question the universe and my role in it,” he says. “I was always a little bit oriented that way, and I think surfing is too, because so much Eastern mysticism is based on observation of nature and being close to nature. Whether you’re talking about the Tao or Buddha nature, the Doshas in Ayurveda, about being balanced – all of those Eastern mystical traditions are about living in harmony with nature. And surfing represented, unconsciously at age 11, a way to do it all.” 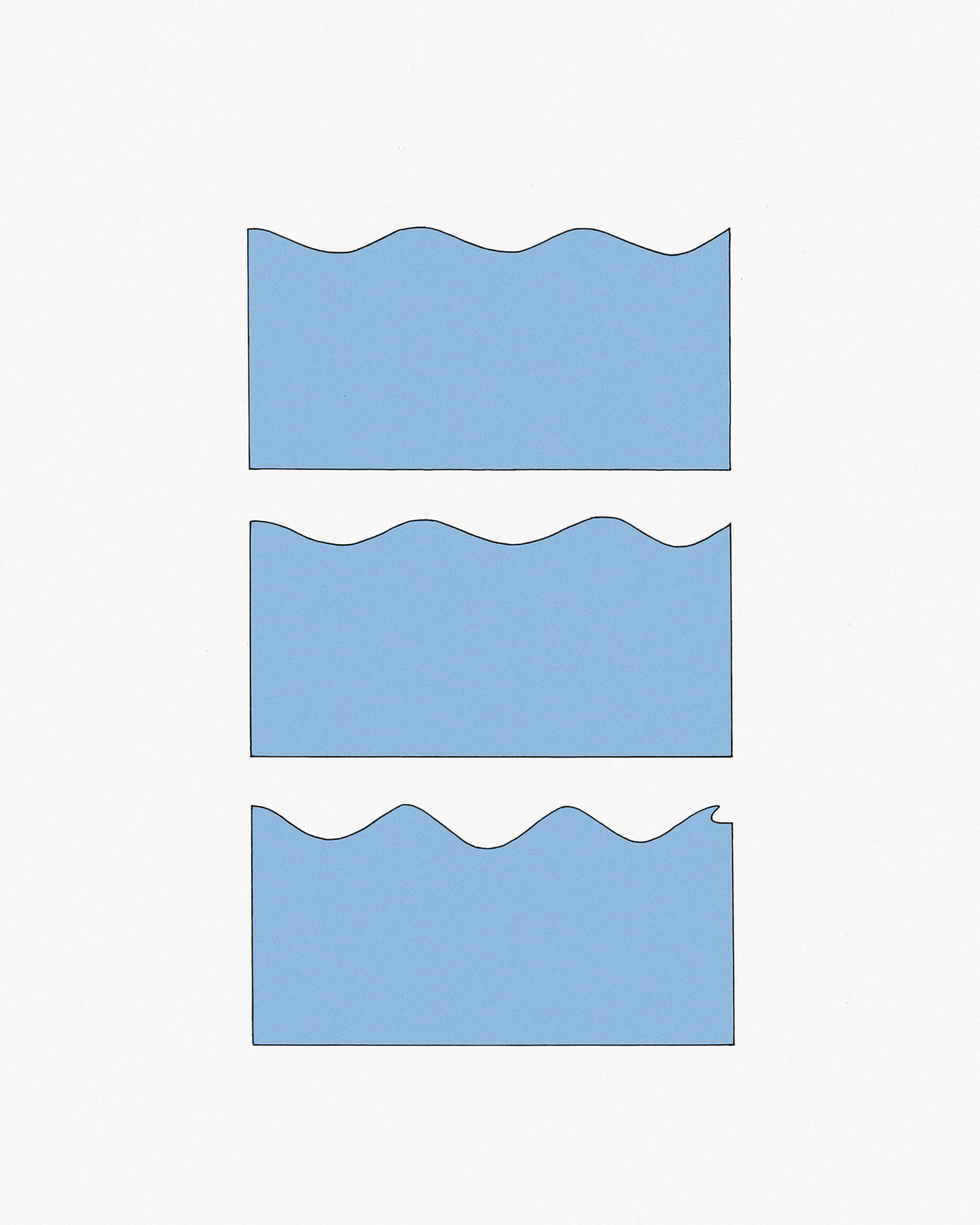 When his parents eventually split, Jaimal’s rebellion took the shape of a drink driving charge and soon after, a one-way ticket to Maui, Hawaii. To the tumult of his homelife and his own metaphysical questioning, he believed surfing would finally provide answers for a desperate, curious 16-year-old.

It didn’t, and that's why he’s now a published author, and not the travel journalist whose rambling, nomadic lifestyle he always desired. After Columbia University’s Graduate School of Journalism, he landed in San Francisco, writing features for San Francisco magazine while living in one of the most colorful houses in the Sunset District.

Almost as a lark, he wrote a short piece for the Buddhist magazine Shambhala Sun in 2006, titled The Zen of Surfing.

“One of the highest insights in the Mahayana and Vajrayana Buddhist traditions is to realize that samsara [the endless cycle of birth and death] is, in fact, nirvana: there is no need to escape because everything is originally pure and perfect,” he wrote. “In a small way, surfing has begun to teach me this.”

There is no need to escape because everything is originally pure and perfect. In a small way, surfing has begun to teach me this.
tweet

The piece was picked up by various bloggers and this positive reception got him thinking there might be more to this. When the editor asked for a bio, he wrote that he was working on a book on zen and surfing, committing himself to making it happen.

“I thought there really isn’t a voice out there who has made this conscious connection between surfing and spirituality in an intelligent way,” he says.

Although Saltwater Buddha was written relatively quickly, after publication he spent months having a crisis of self-confidence. For years, he’d thought he'd end up as a feature writer for The New Yorker. What he’d written instead was a book with chapters as short as a paragraph, that was deeply personal and, at times, whimsical.

“And then I saw David Sedaris, who was writing for the New Yorker but was writing funny and writing memories, and I was like, I’d rather be that guy!” he says, laughing. “I also thought about how many great New Yorker feature reporters are out there who are better than I’ll ever be. 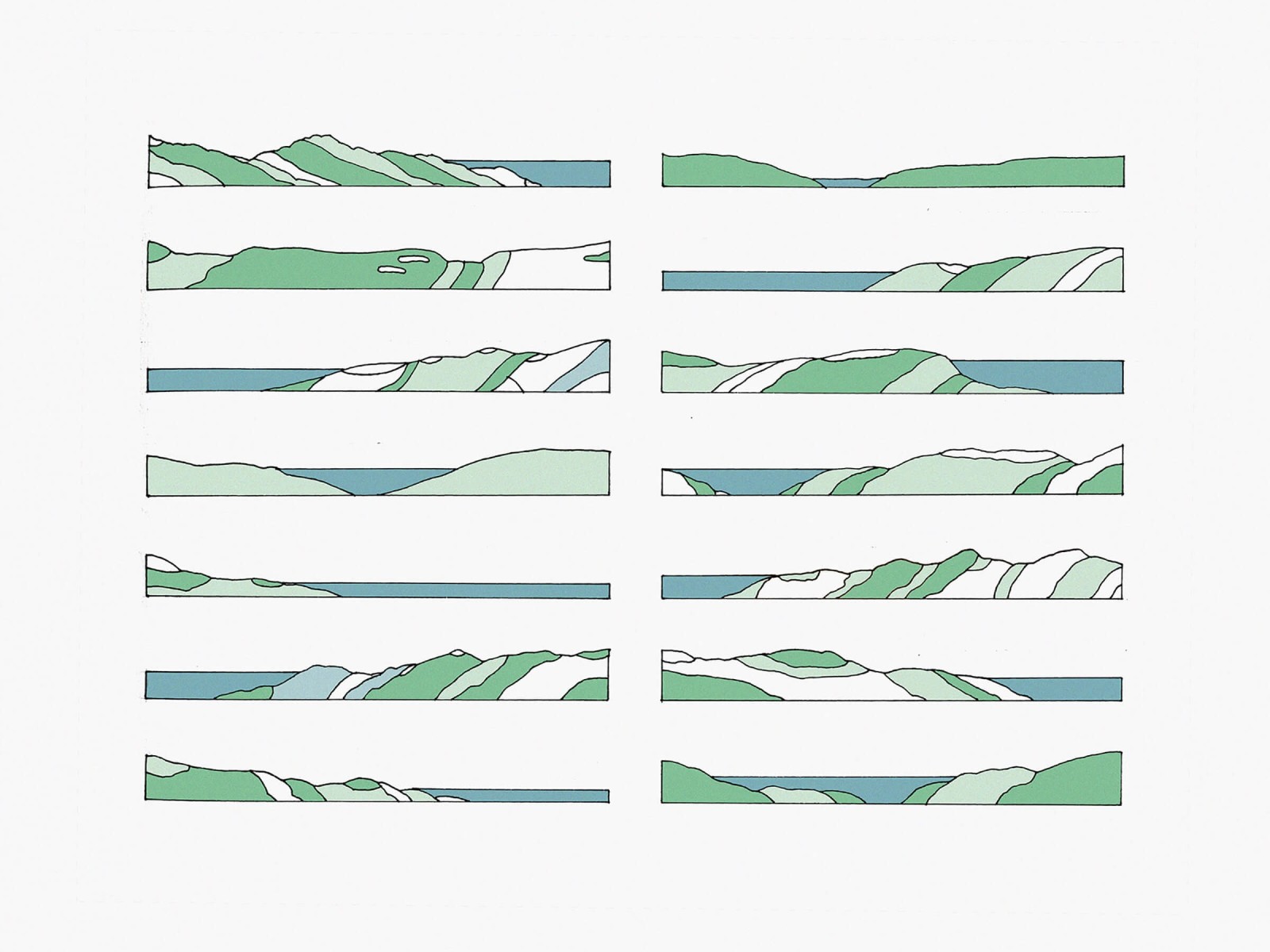 “And how many people are there that understand this weird niche of surfing and spirituality, who can also kind of put one word in front of the other? Maybe this is what I was meant to do; why all this happened. You start wondering, is this why I was put here on this earth? I just went for it in the same impulsive way I ran away.”

There’s also a certain fate to Jaimal arriving at this conclusion in San Francisco, a city that finds itself dealing with the consequences of breakneck capitalism, like severe burnout among the technorati driving the economic boom.

Maybe the countercultural spirit that jolted awake the deeply Catholic and conservative town in the 1960s will do the same for a tech-obsessed one in 2018.

“This generation is really questioning and looking at alternative forms of spirituality. Often that’s yoga or Buddhism, or a blend,” he says. “Surfing is tracking the mindfulness trend or yoga trend: they make us feel connected, get us out of our chains of thought and to a place where you can feel harmony. You can feel a break from the questioning and just be. And you can try to make sense of the meaning of that later.”

Surfing is tracking the mindfulness trend or yoga trend: they make us feel connected.
tweet

He meets some of these people at book events, and some of them through his wife, the CEO of a tech start-up. They talk about getting back in the water, or getting in for the first time.

But the barrier to surfing is higher than most sports. The physical fitness required, the willingness to subject yourself to the indiscriminate abuse of the ocean for weeks, even months, before even getting to stand on the damn board, is enough to deter even the strongest athlete.

That’s also why it’s so perfect. There are plenty of parallels Jamail has drawn between surfing and mysticism. There are also plenty to be drawn about surfing and writing.

“I try and get into that flow state and write without judgement. And things would come out at times that were terrible, but other times I’d find a couple of sentences and I’d massage those sentences into the puzzle of research. That’s how I felt like I was putting my own experience into that of ocean writing,” he says.

“The whole time I was like, this isn’t a surf book, this is a book about water.” 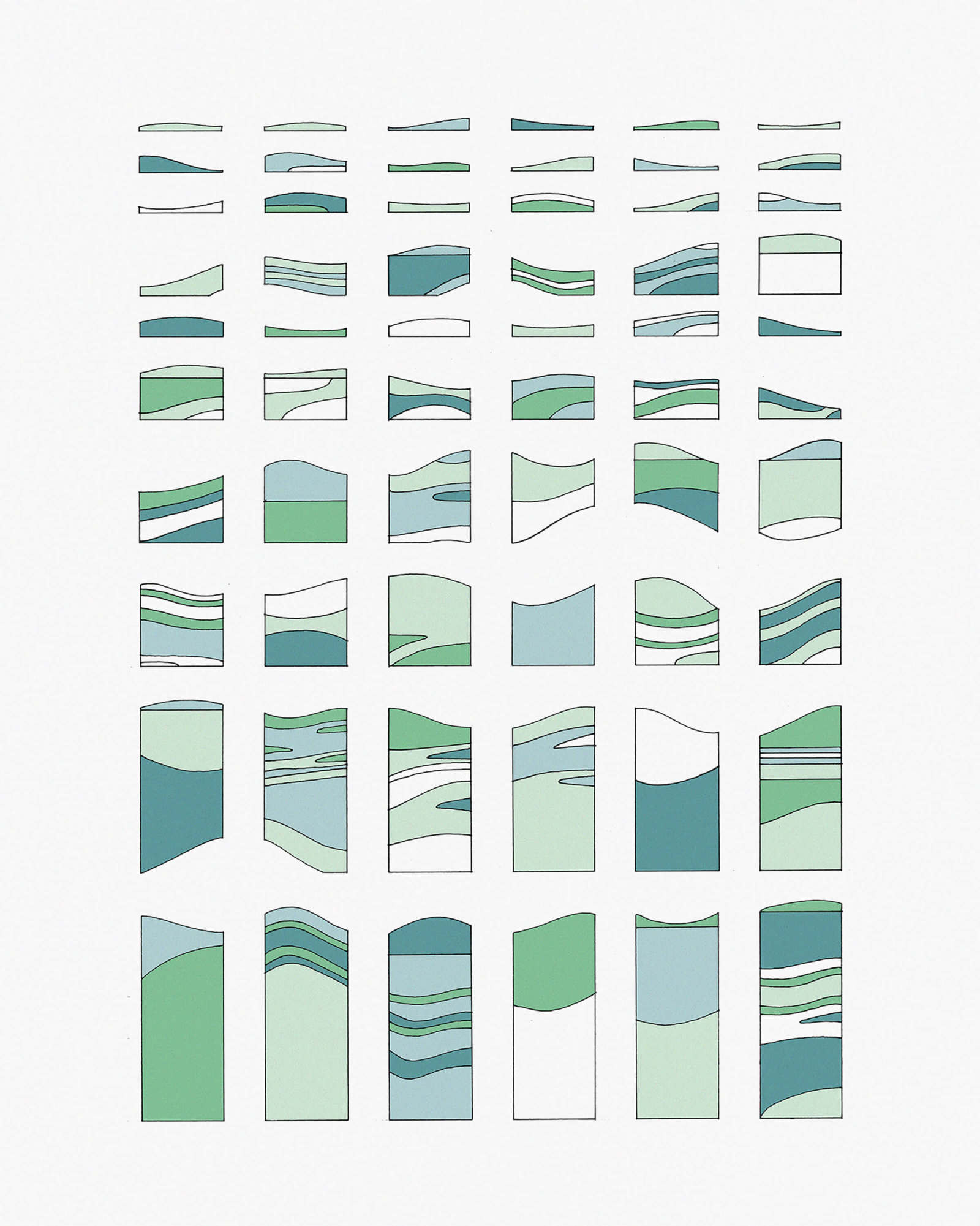 Don't make your friends surf the web to find this. Share it via... 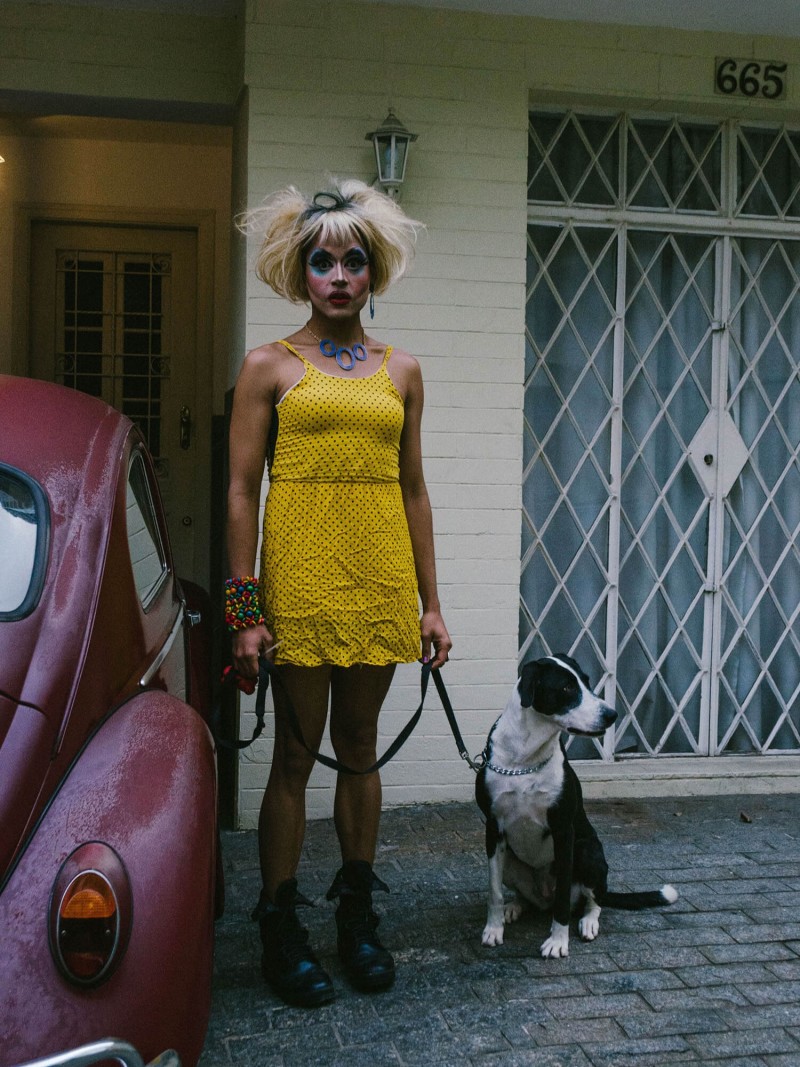 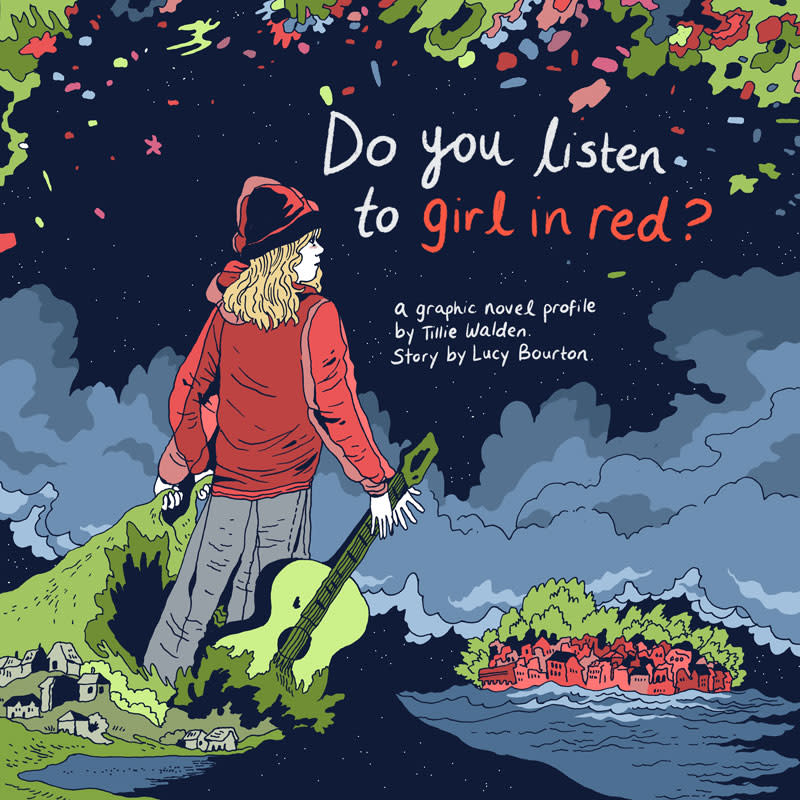 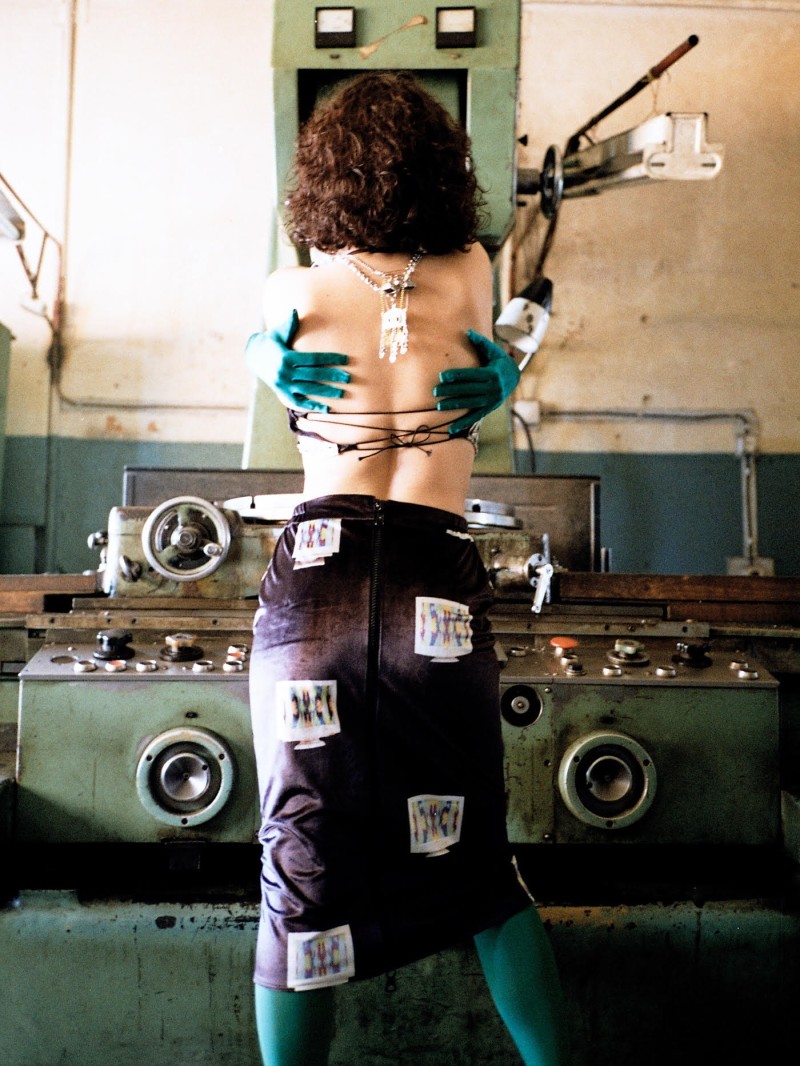 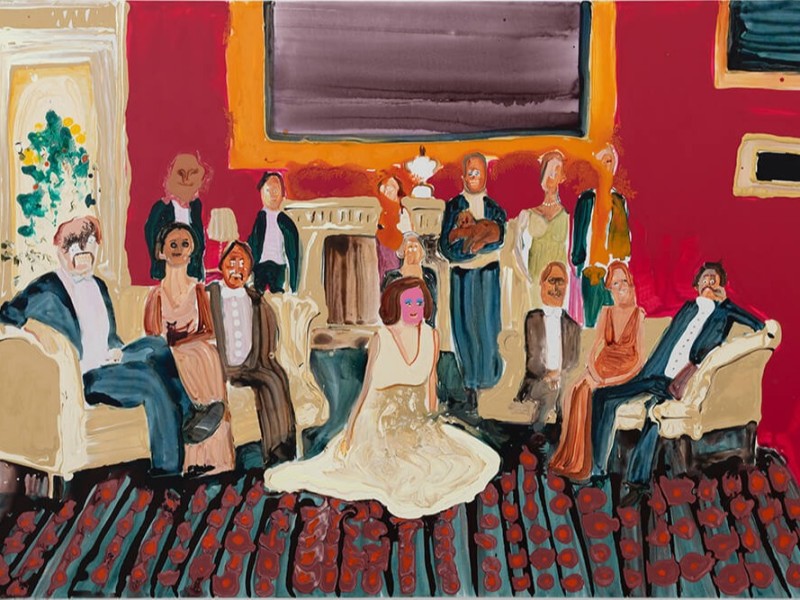 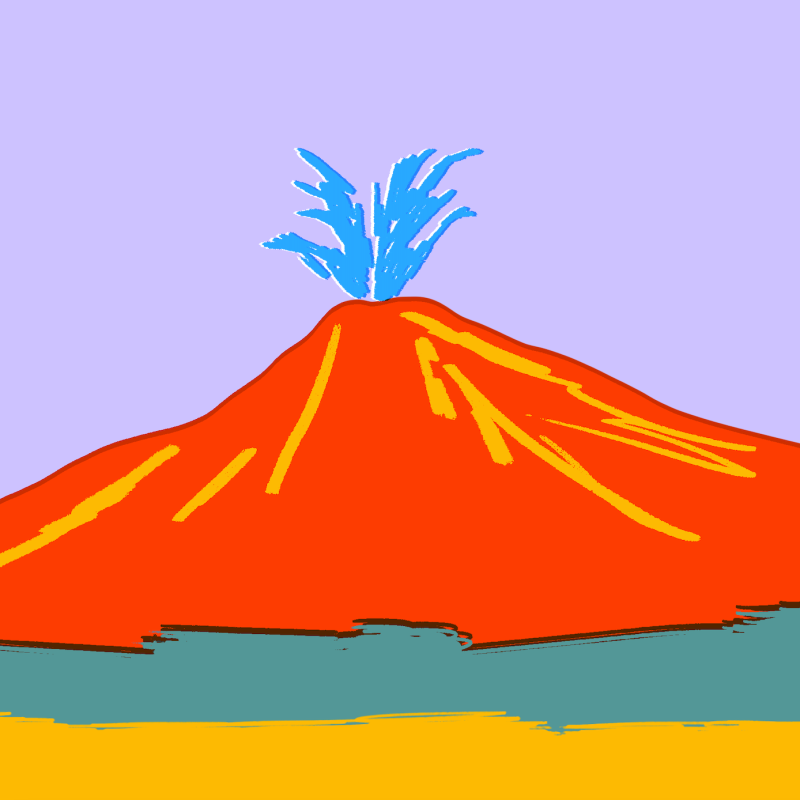 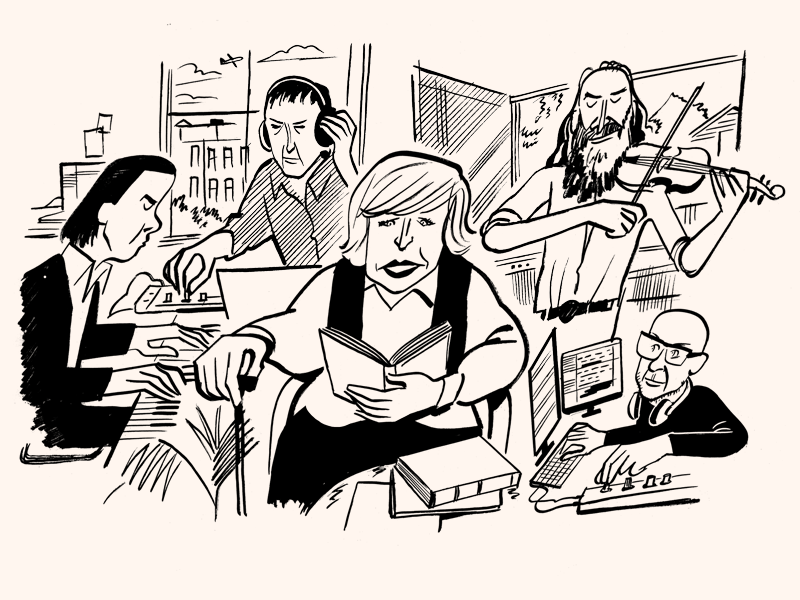