In this series, Gilles Peterson, one of the world’s most influential DJs, hosts live sessions with innovative and important musicians you’ve (probably) never heard of. In this episode, it’s Texan trio Khruangbin.

Taking their name from the Thai word for aeroplane, Khruangbin's unique, ethereal, globetrotting sound is steeped in their shared love of 1970s Thai-Funk, psychedelia and classic soul.

Formed of Laura Lee, Mark Speer and Donald “DJ” Johnson, the group discuss their new album, Con Todo El Mundo, their dream collaborations and the power of memory and nostalgia in music.

Gilles: If you could collaborate with anybody, dead or alive, who would it be? I’m going to start off with you, Mark.

Mark: King Sporty. Because he did everything.

Gilles: Tell us a little bit about King Sporty.

Mark: Well, he started his career in Jamaica, doing rocksteady and ska, but then he moved to Miami and started doing electro, and disco and all this stuff with all types of people, his wife was Betty Wright. Yeah, King Sporty for sure.

Gilles: That’s a great one! Now let’s go with you, Laura.

Laura: Well, no-one is ever going to be as original as you, Mark, in these conversations. Sade – she is timeless and classy, and the ultimate cool, I think.

Gilles: You know she just lives up the road from here?

Laura: Great! Bring her down. 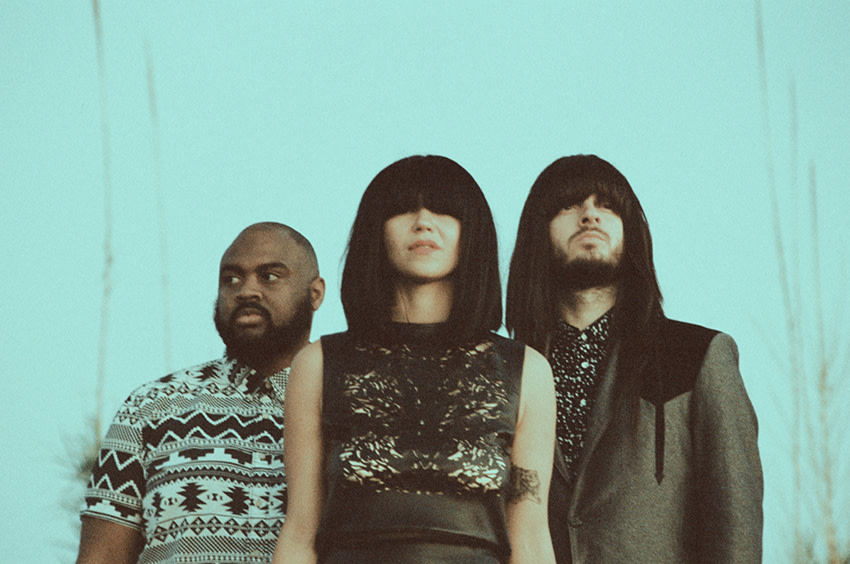 Gilles: And you, Donald Johnson.

Donald: Prince. He’s influenced a lot of my playing on lots of different instruments. I believe that if I worked with him he could have taught me so much, about how to approach music.

Gilles: What was his best instrument for you?

Donald: Man that’s a tough one, because he sounded good on anything he touched. But I’d say guitar. Prince was a guitarist first.

Gilles: So, when you’re experiencing music, not just playing it, what’s the bit you enjoy the most?

Laura: I love how it holds a memory. When I hear a song, I go back to either the first time I heard it, or when it really hit me. And I think now, forever, when I hear a certain song, it takes me back to a place.

Mark: It’s like smell. Like certain combinations of frequencies and intensity definitely make me shout, or cry, or whatever. There’s no quantifiable formula for it.

Donald: I have no way to top those two answers. Basically what they said. I mean, music to me, it’s everything, it’s a feeling, with a lot of emotions attached to it.

Gilles: It’s interesting how, for me, music is nostalgia. Part of what you were saying, Laura, is that music is a memory. It’s a feeling. It opens up bits of your brain.

When I hear a song, I go back to either the first time I heard it, or when it really hit me.

Gilles: So what are you listening to right now?

Mark: They’re going to laugh, but I’m always listening to Negativland in my headphones. I listen to some really wild sound collage stuff.

Laura: It’s really far out, he had it on in the van today, and it took me like 20 minutes before I turned around and was like, what are you doing?

Mark: So these guys had a radio show in San Francisco – a college radio station – and they met up with this old cable repair man who had just collected all these sounds, back in the early 80s. They were taking all these bits of tape, and recorded conversations and putting them all together into a sound collage. Bits of radio stuff, that you would only hear if you worked in a radio station.

I’m not sure if you’re familiar with something called a winning score, which is something that exists in all the radio stations in the States. All the jingles and things, that sound the same. There was a company who made all of those, and so they cut all of those up and put it in their music. It’s some wild stuff! I like it a lot, but it’s weird.

Laura: Yes it’s weird. It’s very Mark. I’ve been cheating lately, and just listening to my favorite stuff from last year, because I haven’t dug very much. But I have found a La Lupe record, do you know La Lupe, from Cuba? I’ve been listening to her a lot lately, she’s super powerful, and I’ve been really into that. 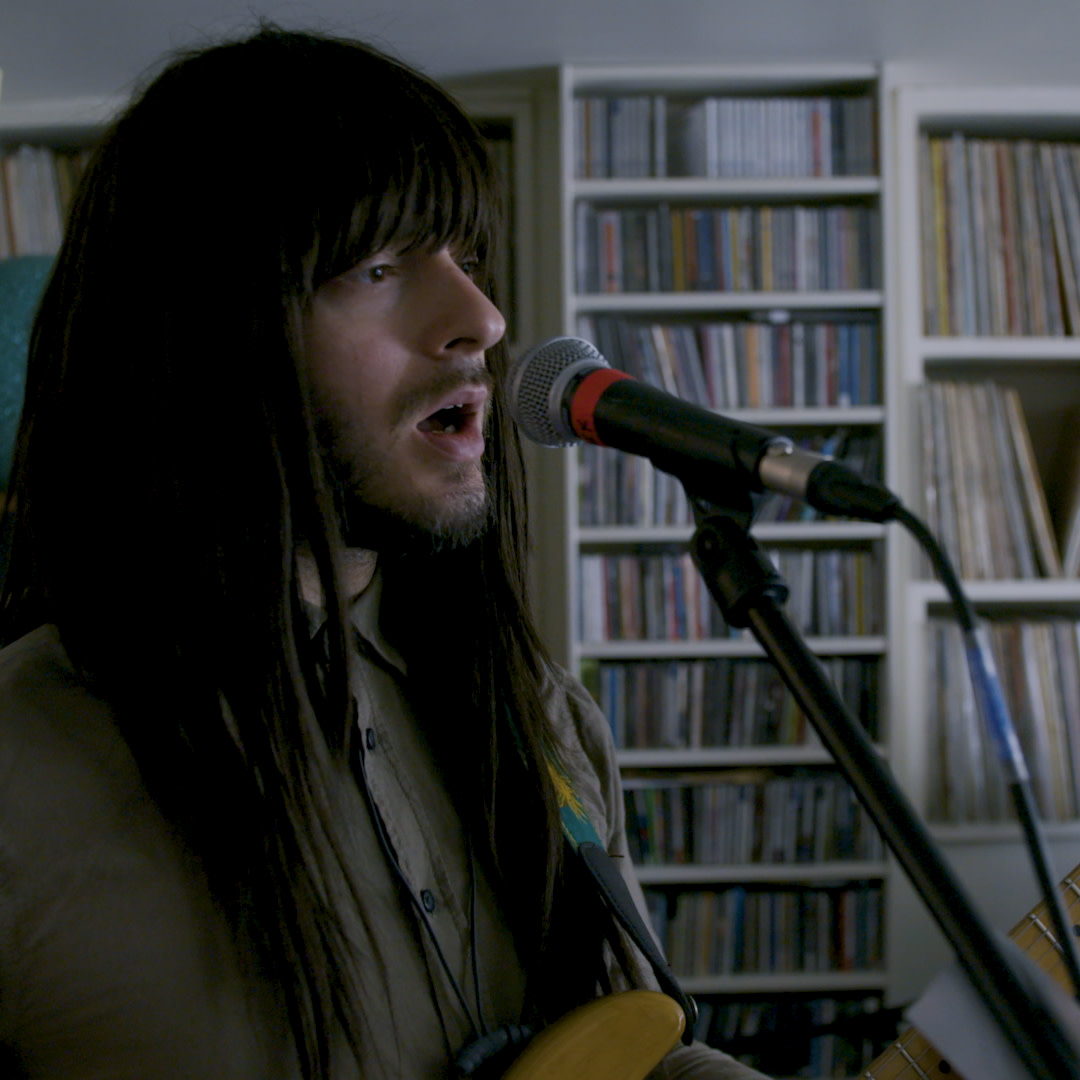 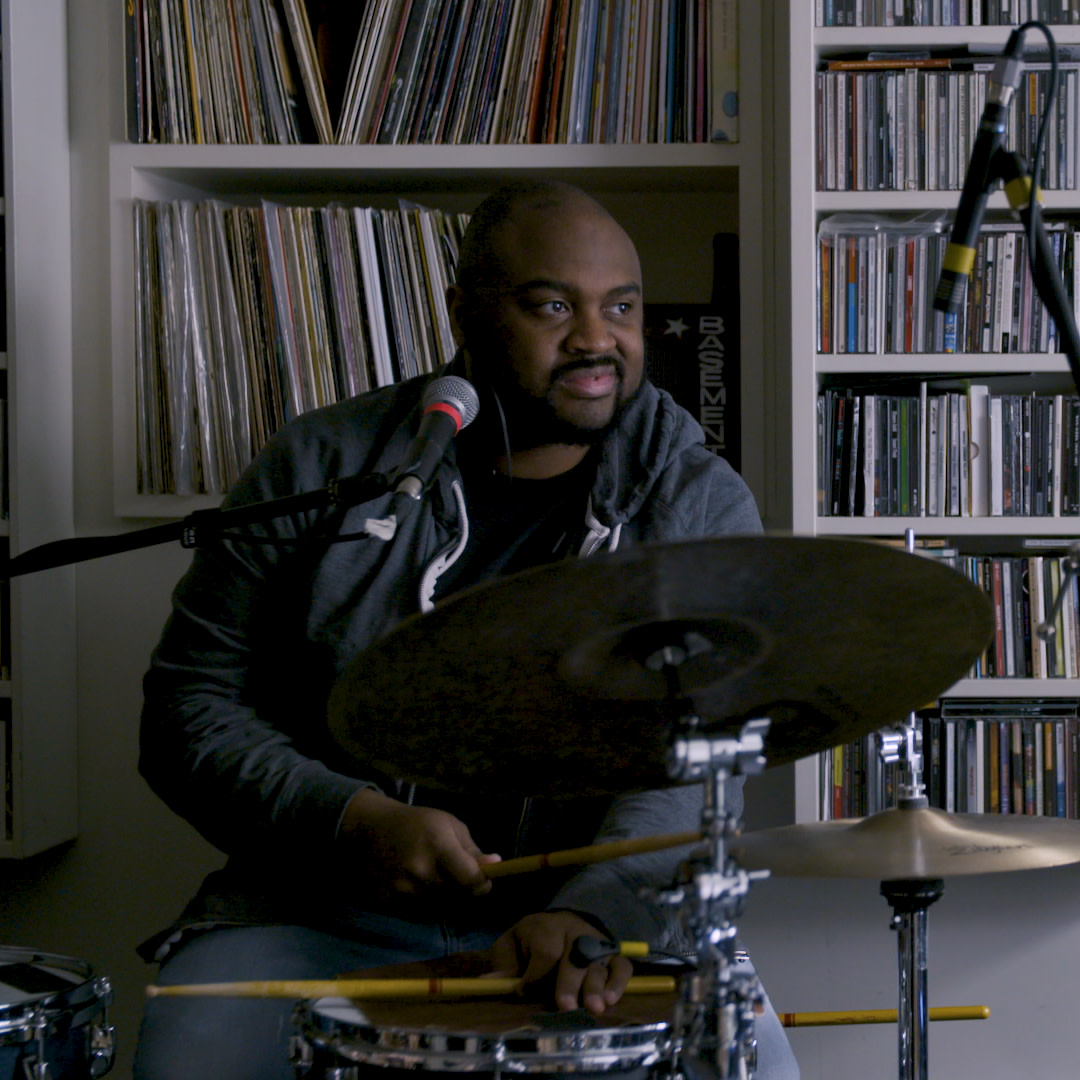 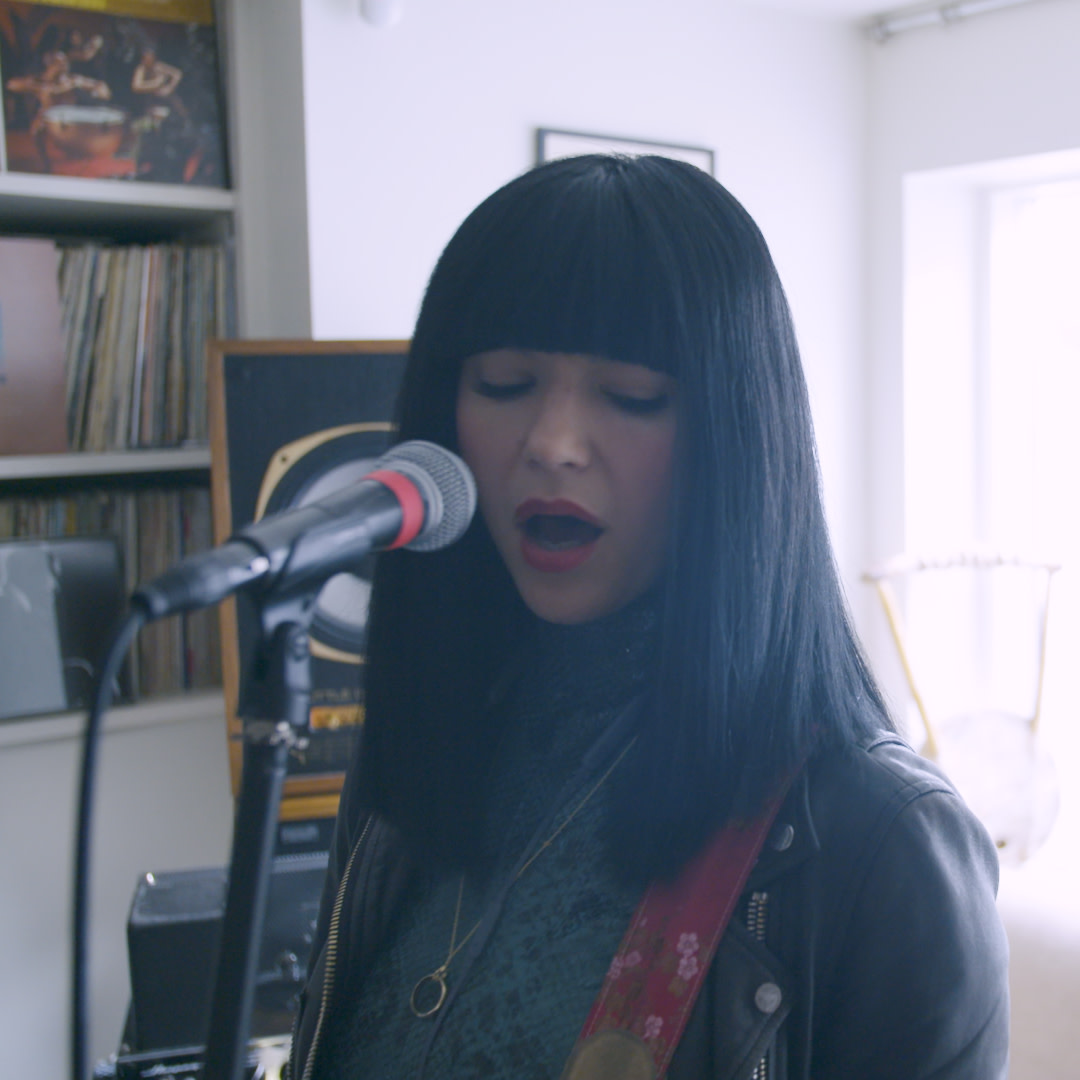 Donald: Usually, when I’m in the van, I’m studying things, so I’ll go back and listen to the record because I’m trying to learn the songs, and nail down tempos. I’m usually in study mode. That’s what I’m listening to – Con Todo el Mundo.

Gilles: I just got back from Cuba, last week, and it was brilliant. And I’m with you, La Lupe is the queen. How do you guys discover new music, what’s your source?

Mark: I used to go to Soundcloud a lot, and find mixes, and pull stuff from there. I use Spotify and Discogs, so I’ll think, I love this song on Spotify, I’ll go to Discogs and work out who played on it, who produced it, what else are they working on. And follow the rabbit hole that way.

Laura: I’m the same. I’m usually with Mark, all the time, so the only thing I have to curate myself is my Spotify Discover Weekly and I do this thing on tour, when I need to sleep, I have this bank of songs which are like loops, and I put them on and I put them on repeat, and I sleep for hours on them.

Donald: Usually it’s from my Spotify, and I like to be in tune with what people are listening to, no matter what the genre. Sometimes I get things from Instagram, if someone is listening to something or playing something, I’ll go check that out. 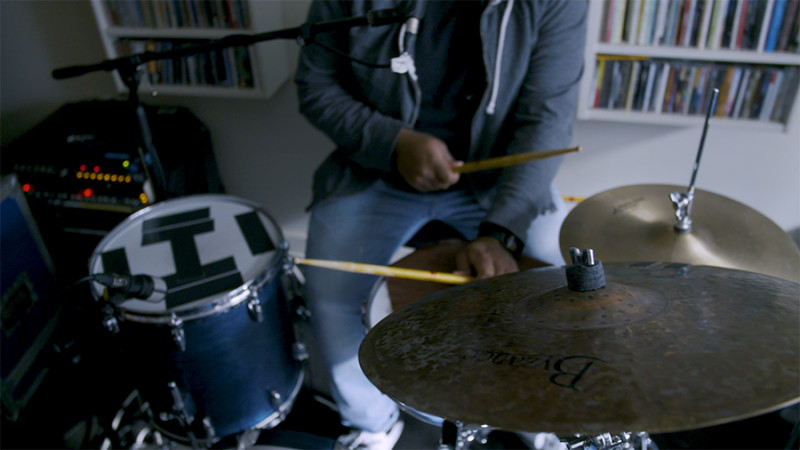 Gilles: How does the year look for you?

Laura: I mean, it’s not all live and stuff, but we are playing all over the world this year, which is great.

Gilles: In certain places you are really well known, and it’s beautiful as you go on and they know your album and respond in a certain way. What’s it like when they don’t know you? How do you go about seducing them into your music?

Mark: We play to the room sometimes. We do the Khruangbin thing, which is to play slow and quiet and it might bring people in. But sometimes we have to be in party mode and play the up-tunes, the intense ones. Those are really fun, they’re crowdpleasers. It just depends on where we are.

Sade is timeless and classy, and the ultimate cool, I think.
tweet

Laura: And we’ve got covers. When we played Brazil for the first time, when we had barely been playing at all, we learned a couple of Brazilian songs.

Gilles: If you do the festival in Sete, please do Arthur Verocai. France is waiting for you. If there is one country that will love you more than any, I think it’s France.

Laura: I believe it. My two favourite current bands are both French, so hopefully…

Gilles: What are they?

Laura: Pume, is a duo, I really like what they do. And Papoose.

Mark: And one of my favourite DJs is French, Waxist. He puts out great stuff.

Laura: And we listen to a lot of Serge, so maybe it makes sense.

Gilles: It does. And how does it feel now the new album is out?

Laura: Everything feels all of the emotions. I said recently, I’m glad we’re working right now so I don’t have to actually deal with my feelings.

Who's your new favorite Texan thai-funk trio? Us too, now go spread the word... 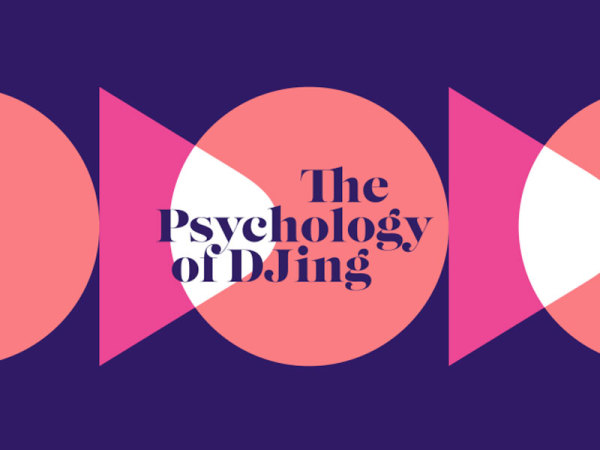 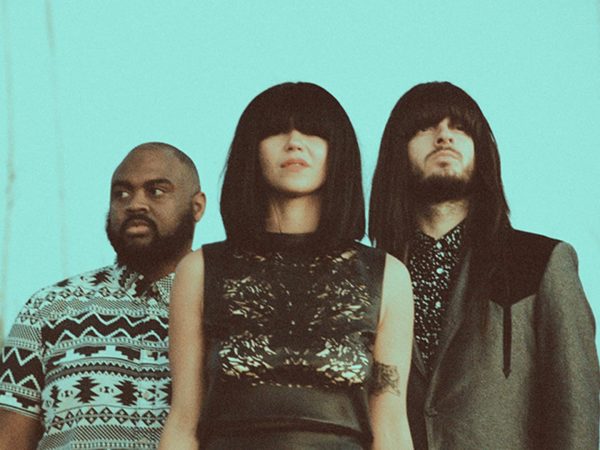 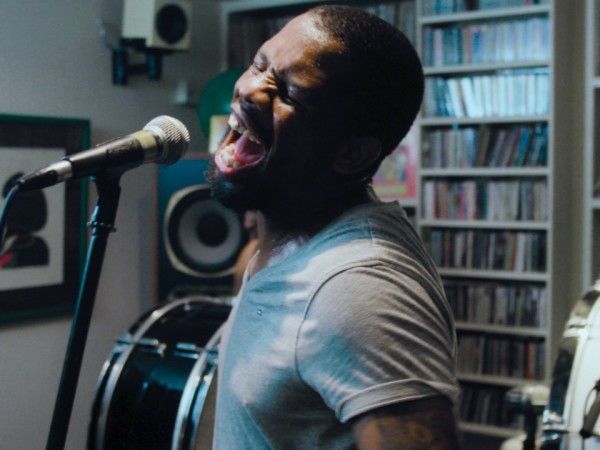 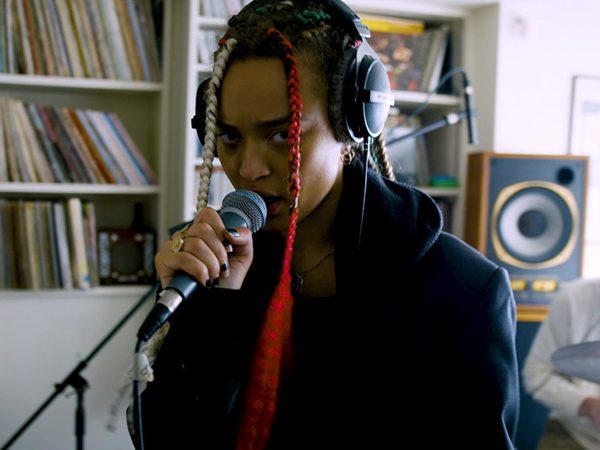 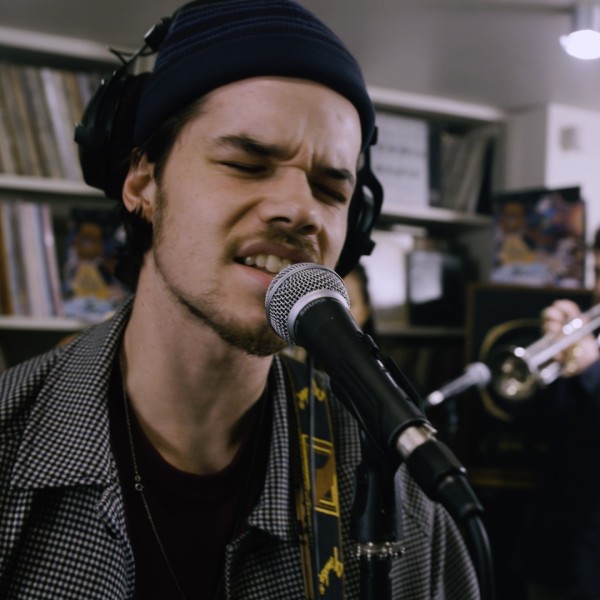 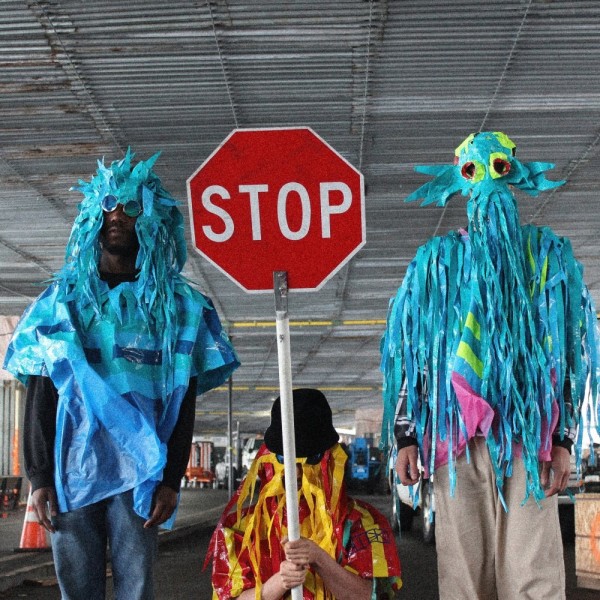 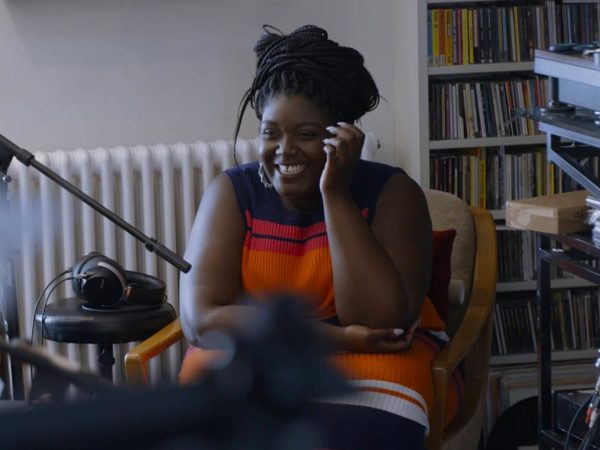 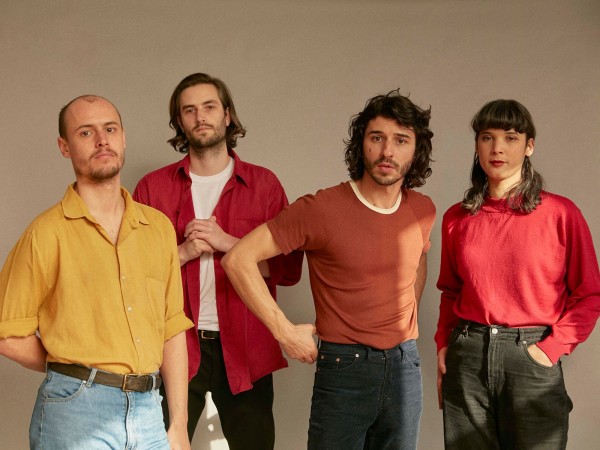 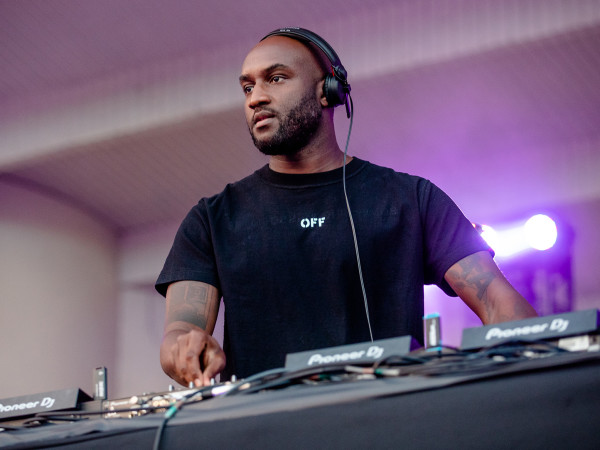 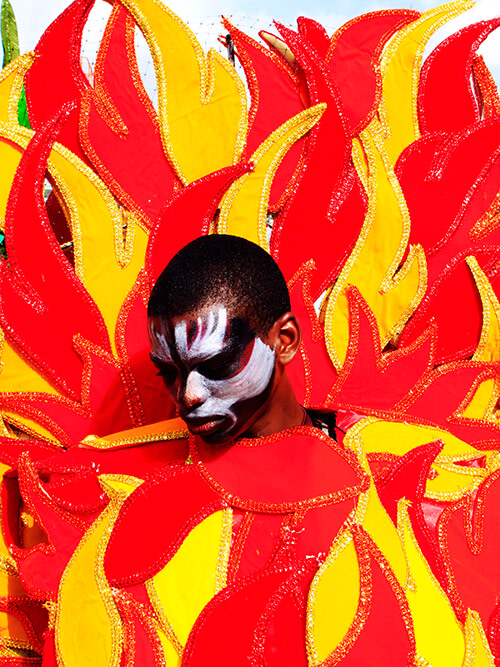 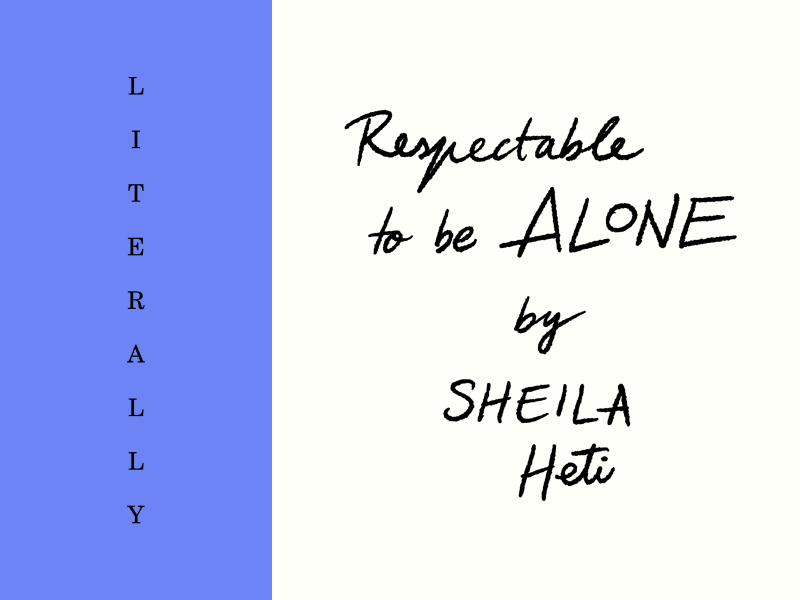 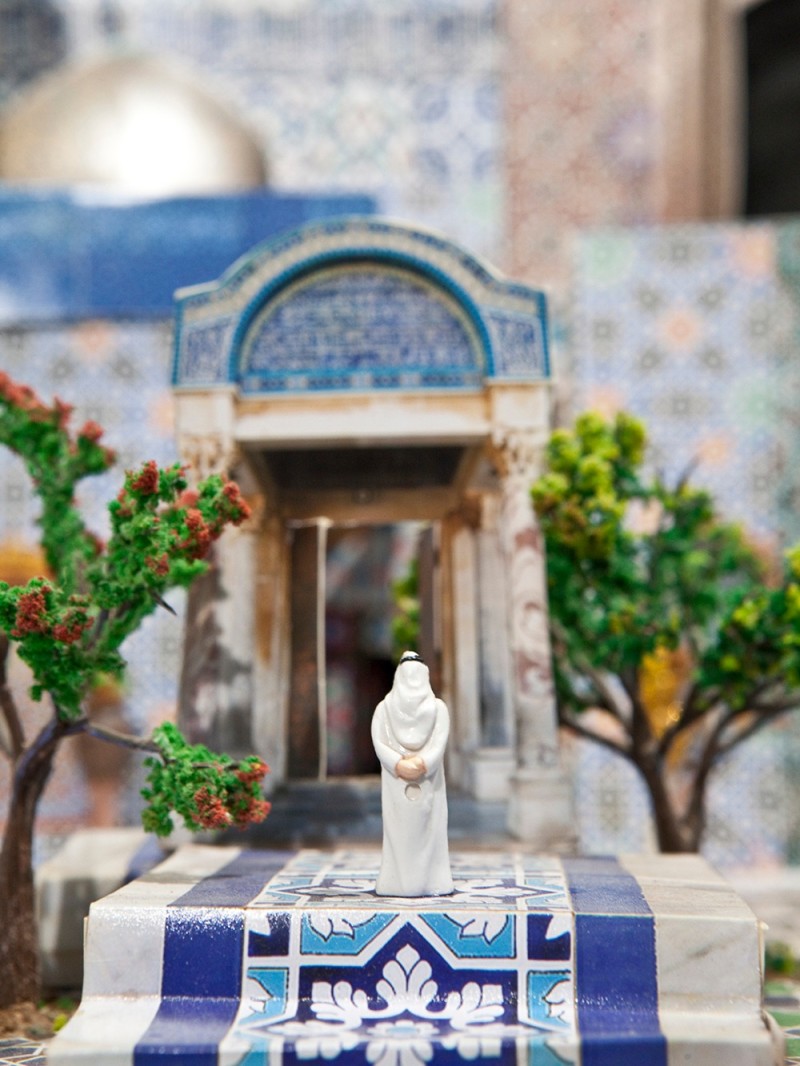 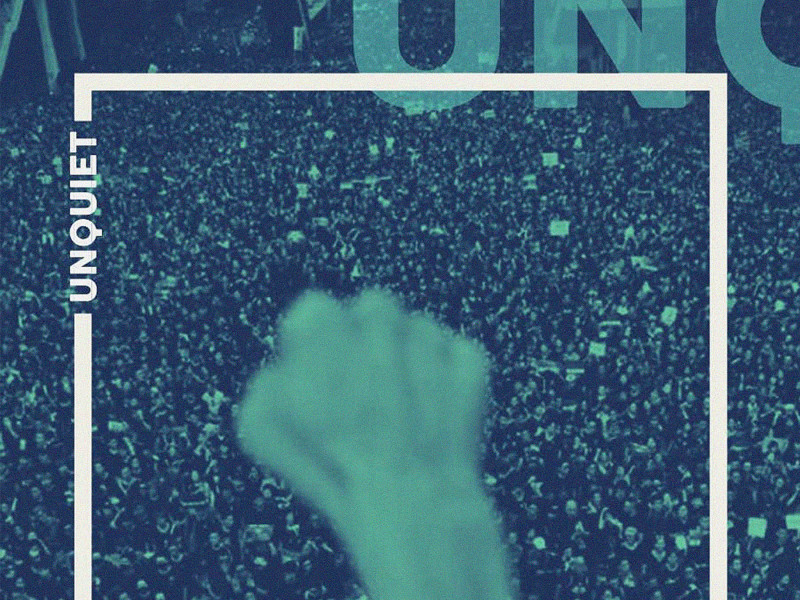 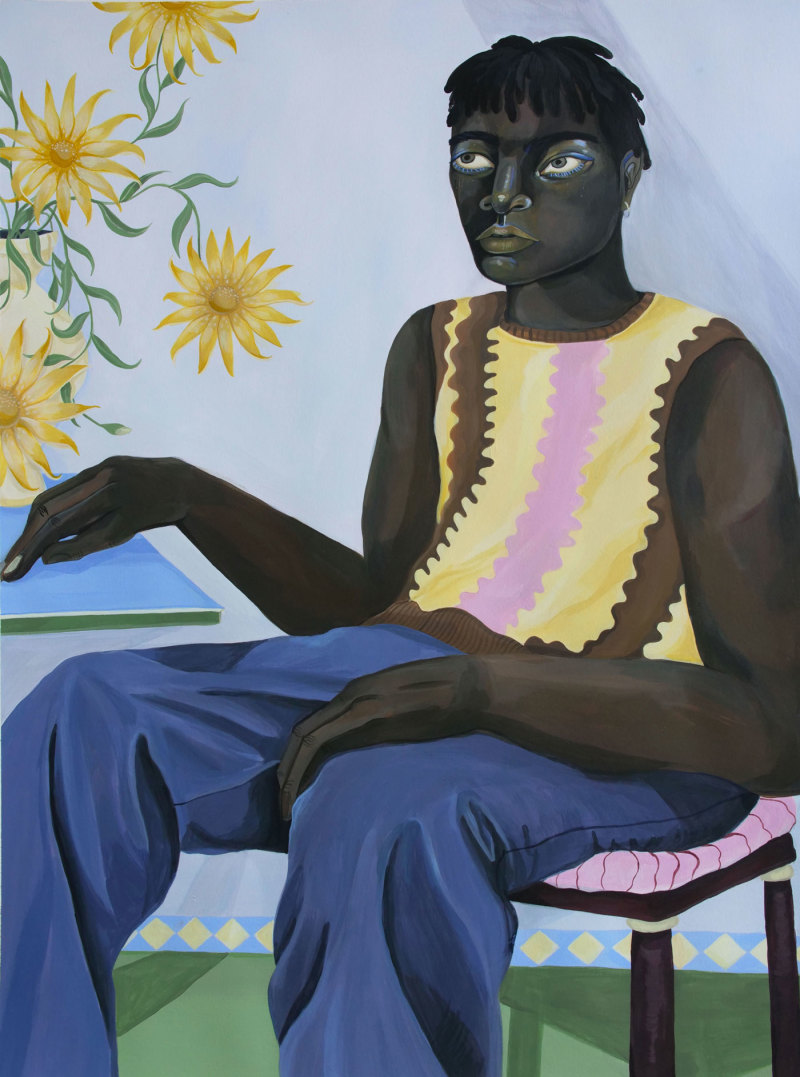 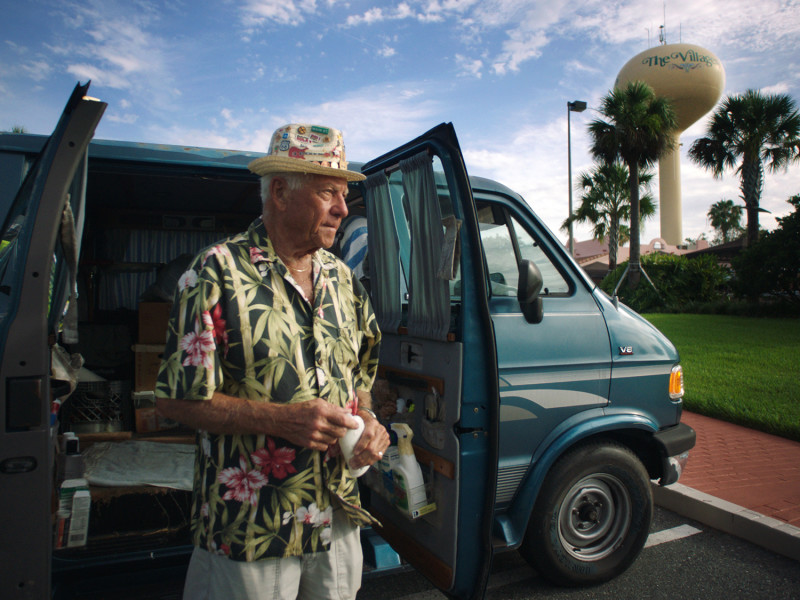