The sea rolling onto the beach, the battle of man (surfer) vs nature (waves), beautiful sound design and a gorgeous location – these are the basic ingredients you need to make a surf film.

But some filmmakers are able to take this basic recipe and add an extra flavor. Directors Daniel Ali and Louis Leeson’s latest film, A Million Waves, elevates the surf film format to the next level, profiling one of the only young female surfers in Sierra Leone.

And if that sounds too perfect to be true, well, it wasn’t what Daniel and Louis were expecting either when they traveled to the country.

Newspaper headlines about Sierra Leone often feature misery, poverty or tragedy. Still recovering from the Civil War, in 2014 the country was hit by the ebola crisis which took many lives.

“I’d been there a couple of years before to cover the crisis,” Louis says. “Inevitably it was awful, it was tragic.

He continues, “I thought it would be great to go back and see the country in a more positive light, to tell a better, or happier story.”

“It is just difficult for a girl to do anything other than the usual – cook, clean, have babies, look after the house,” Louis says. “She still does struggle, even in this tiny community, going out and surfing. She told us she was trying to get other girls out to surf and they just won’t.”

Next to that there were the technical difficulties of shooting in the water. “I didn’t give it any thought how powerful a swimmer she is, and she’s on a board, so she can shoot across the waves whereas I had to plough through them,” Louis says. “I’ve got a 5D underwater camera, trying to keep up so it was pretty physically demanding. Halfway through the shoot I realised I needed to get on a board.

The idea was to place the surfers in a position of power rather than sympathy. They can take control and move forward with their lives.
tweet

But it was Daniel who while researching his next documentary came across a surf club at Bureh Beach, the only place in Sierra Leone where the sea breaks in such a way to create perfect surfing conditions. Intrigued, he asked Louis to join him and see if they could find an interesting angle for the film.

“For me the film was always going to be about escapism,” Daniel says. “The whole idea was to place the surfers in a position of power rather than sympathy. They can now take control and move forward with their lives.”

The surf club consists of a simple shack filled with 20-year-old boards donated by people who didn’t need them any more. The duo had to ask permission from the head of the village for them to start filming.

“We assumed it would all be men because that’s what we heard about,” Louis says. But then they heard of the only female surfer in town, and the filmmakers instantly knew she was going to be their main, and only, character.

In A Million Waves, we follow the story of Kadiatu Kamara, or KK, who speaks about her journey learning to surf, the Ebola crisis, the loss of her father and the feeling of freedom the sport gives her. 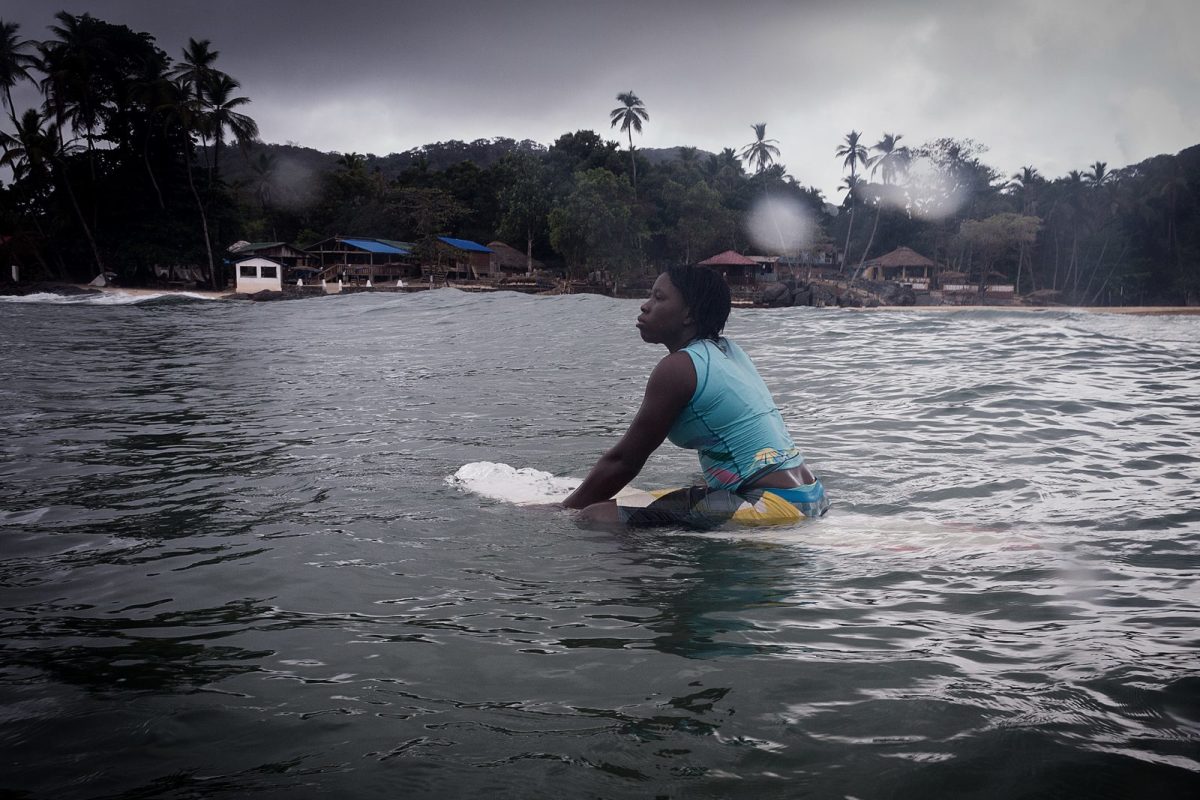 “We wanted to focus on her, and isolate her from anyone else. We wanted to try and make you feel a part of her headspace,” Daniel says. “The dialogue is quite sparse but for me that gives you breathing time to listen to the sound design and to enjoy the shots, to just really get the most out of it on different levels, rather than just listening to her narrate.”

It’s a beautiful and gripping story, with lots of time to immerse yourself in the gorgeous serene scenes of the beach mixed with action shots of KK riding the waves. But whereas the end result gives you a sense of peace and quiet, the process of getting there was far from that.

For one thing, the men in town weren’t happy with them making a film about a female surfer. Driven by jealousy and possibly some cultural conditioning, they asked Louis and Daniel to document all of the surfers at the beach instead of just focusing on KK. 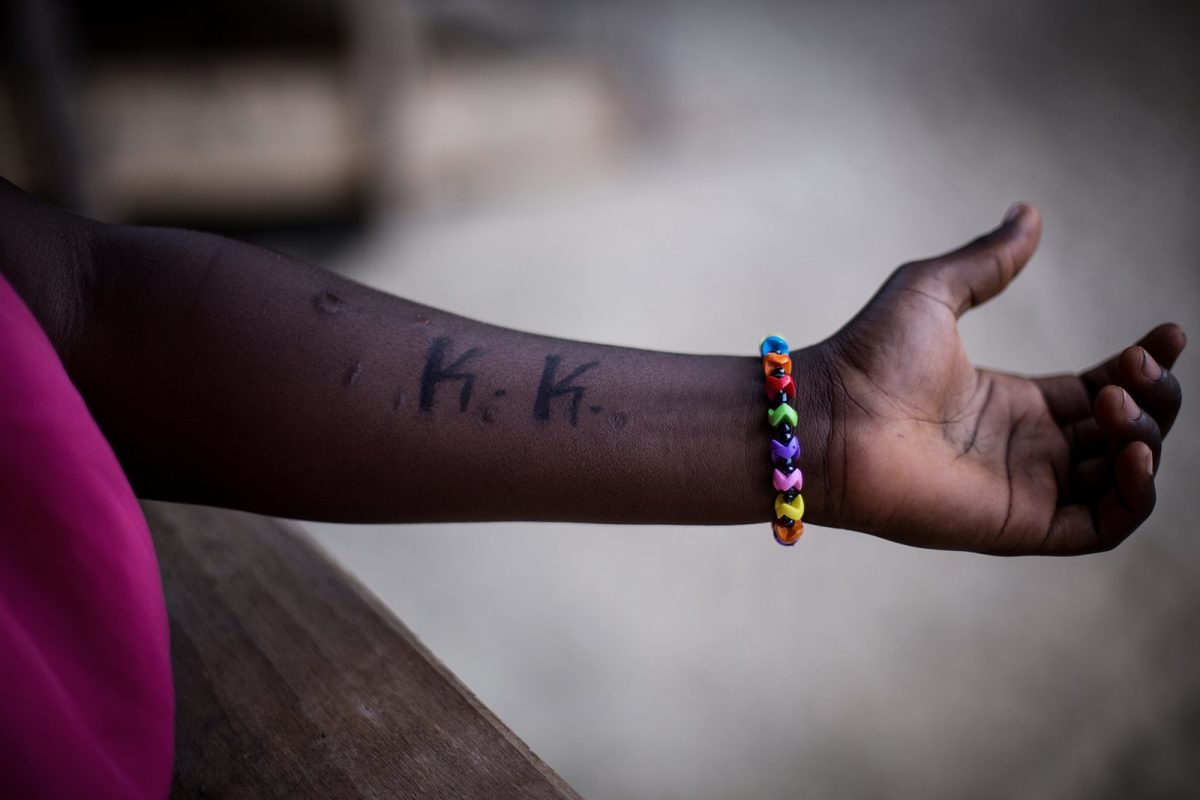 “I kind of see the shooting in the water similar to shooting on film – you didn’t really know what you were getting until you got back and adjusted the footage,” Daniel adds.

“The drone stuff is a completely opposite experience, because, well, it’s a lot more relaxing,” Daniel laughs. “It’s like having a tripod in the sky, you can get shots so still. You could just pick a frame and kind of gauge where KK was going to roll through it. It was a serene experience.”

And this translates beautifully to the screen. Kadiatu’s calm narration, the stunning seascapes and the unusual story all make for a very satisfying experience. 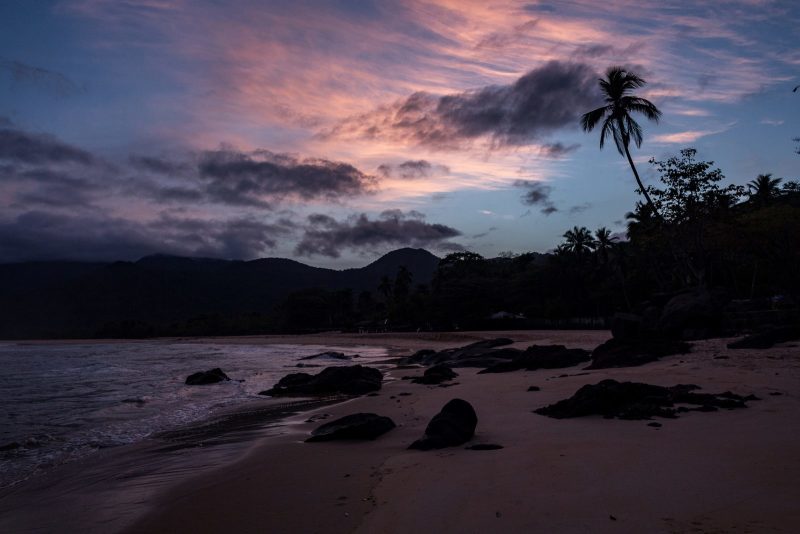 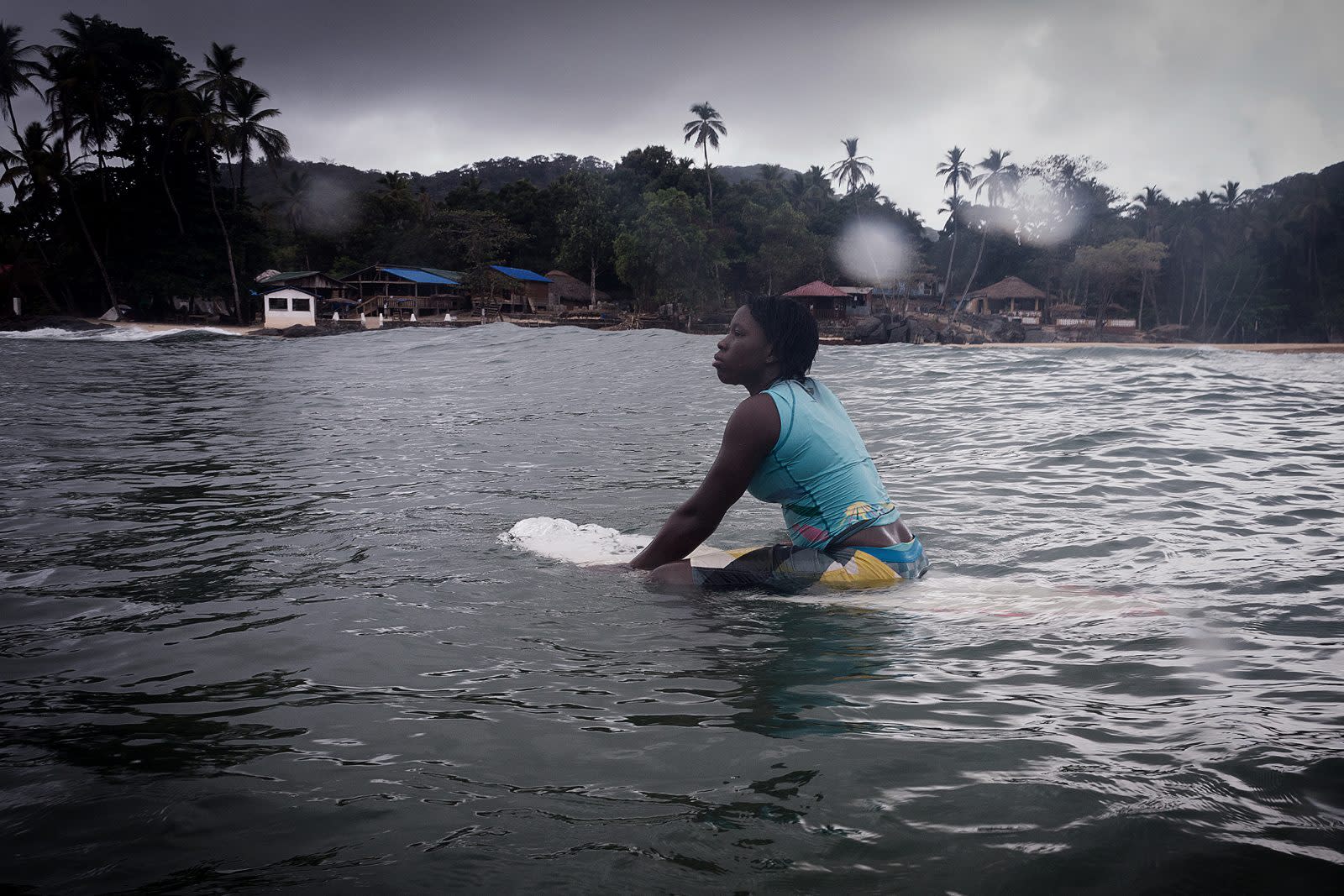 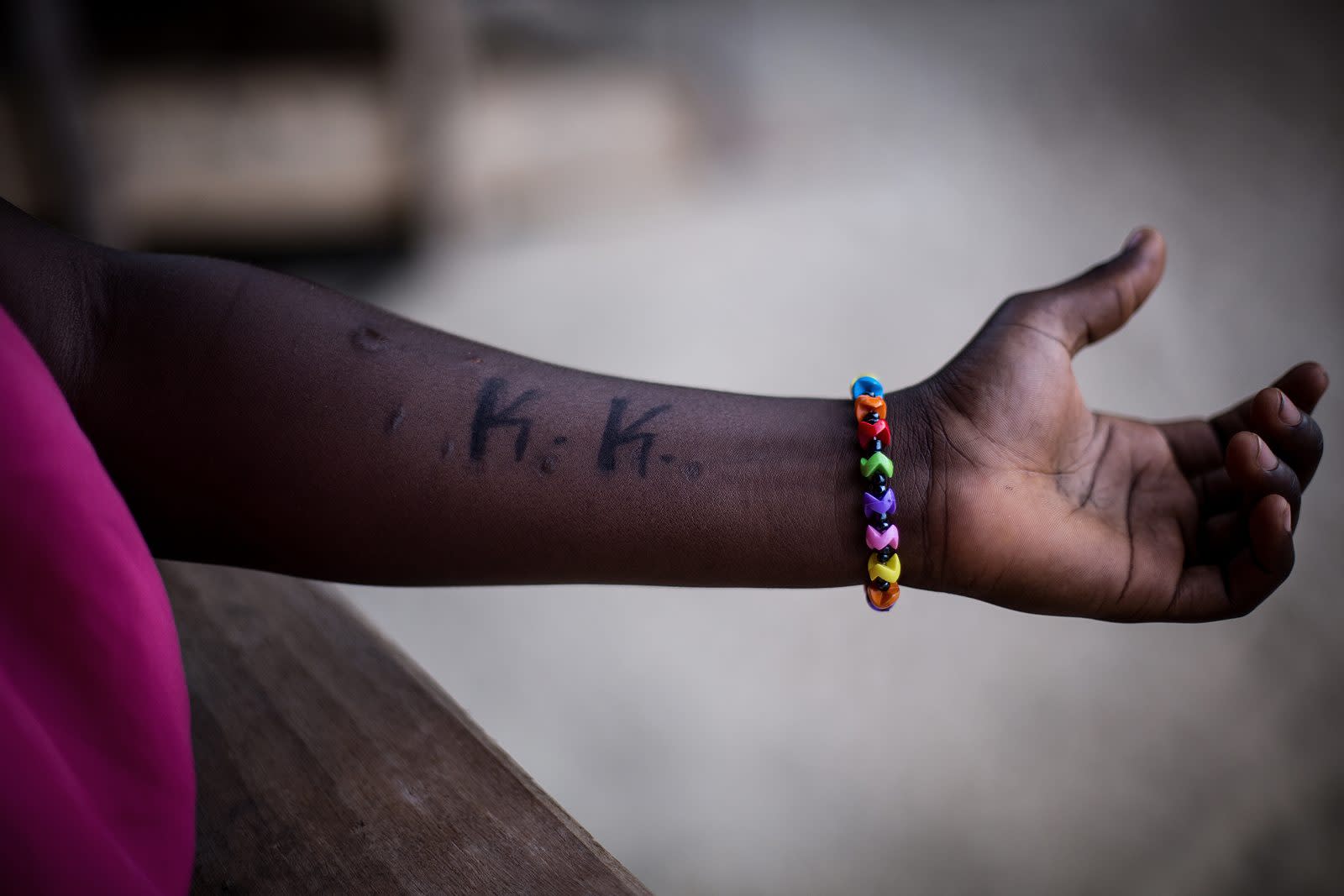 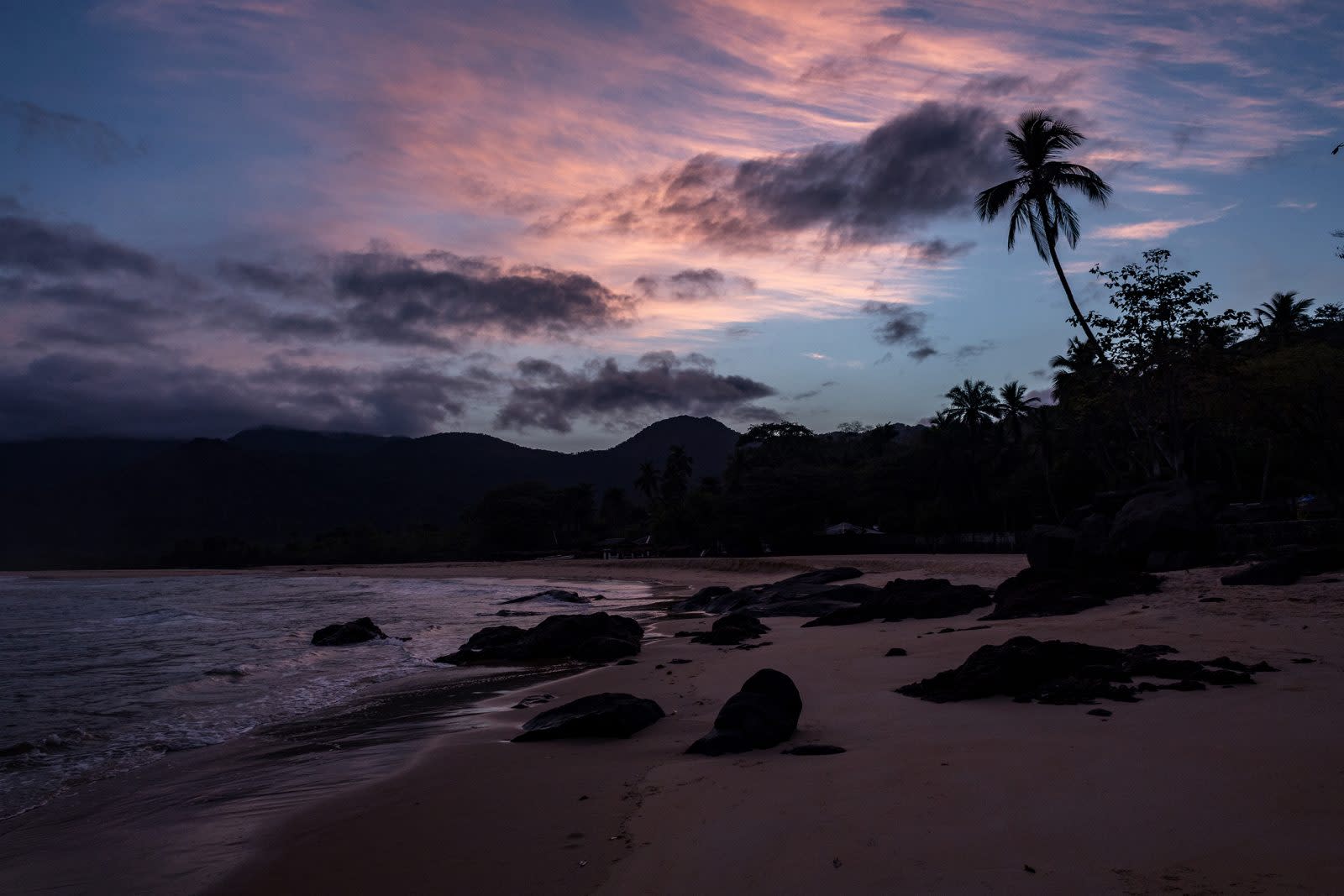 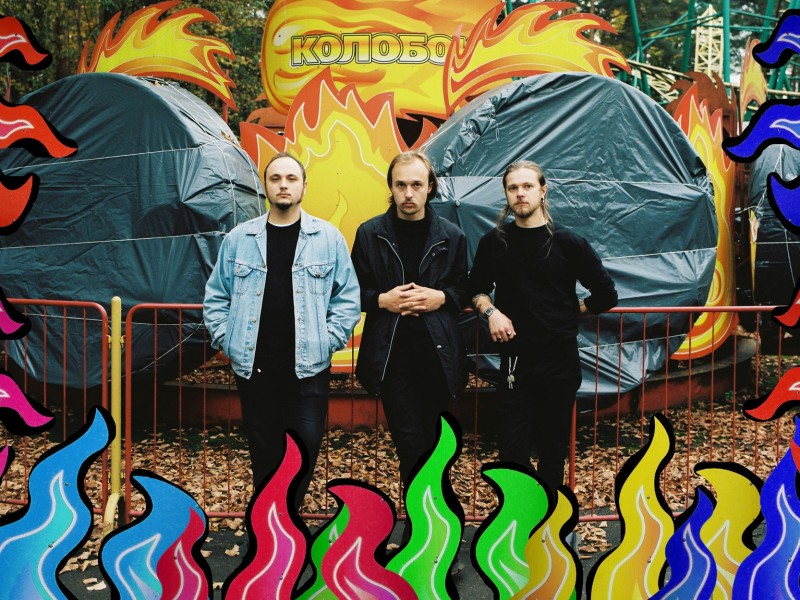 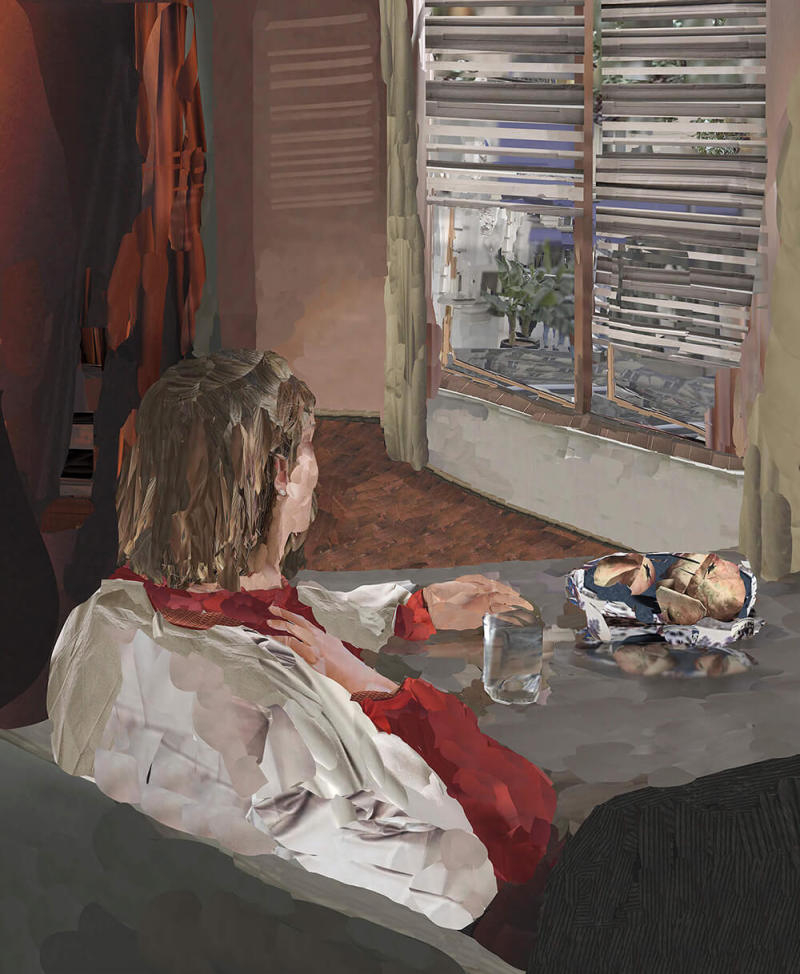 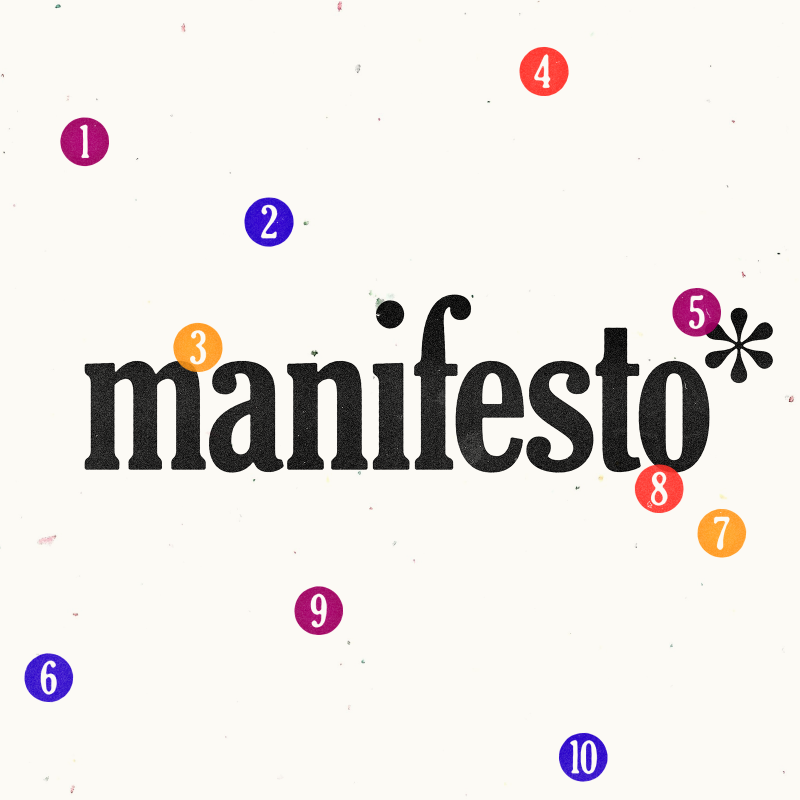 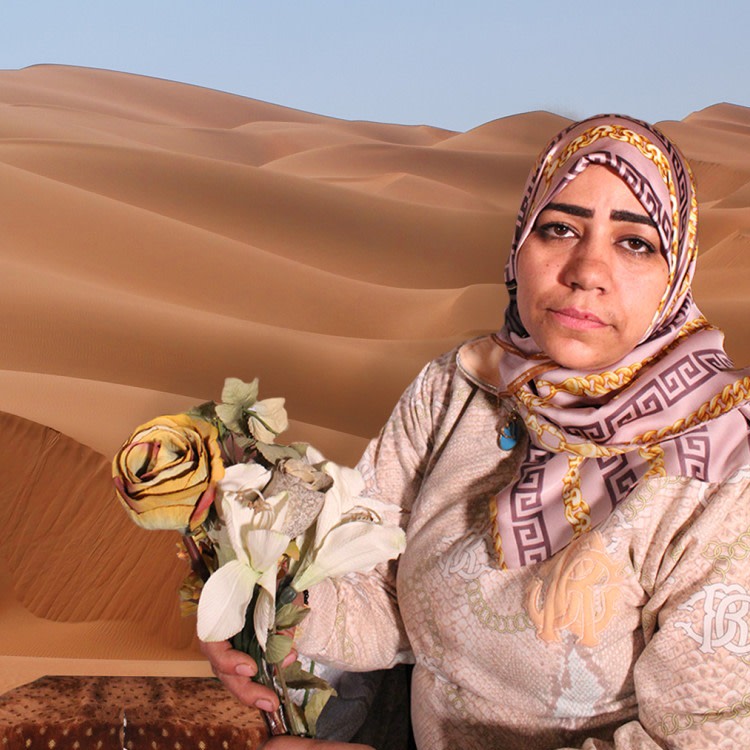 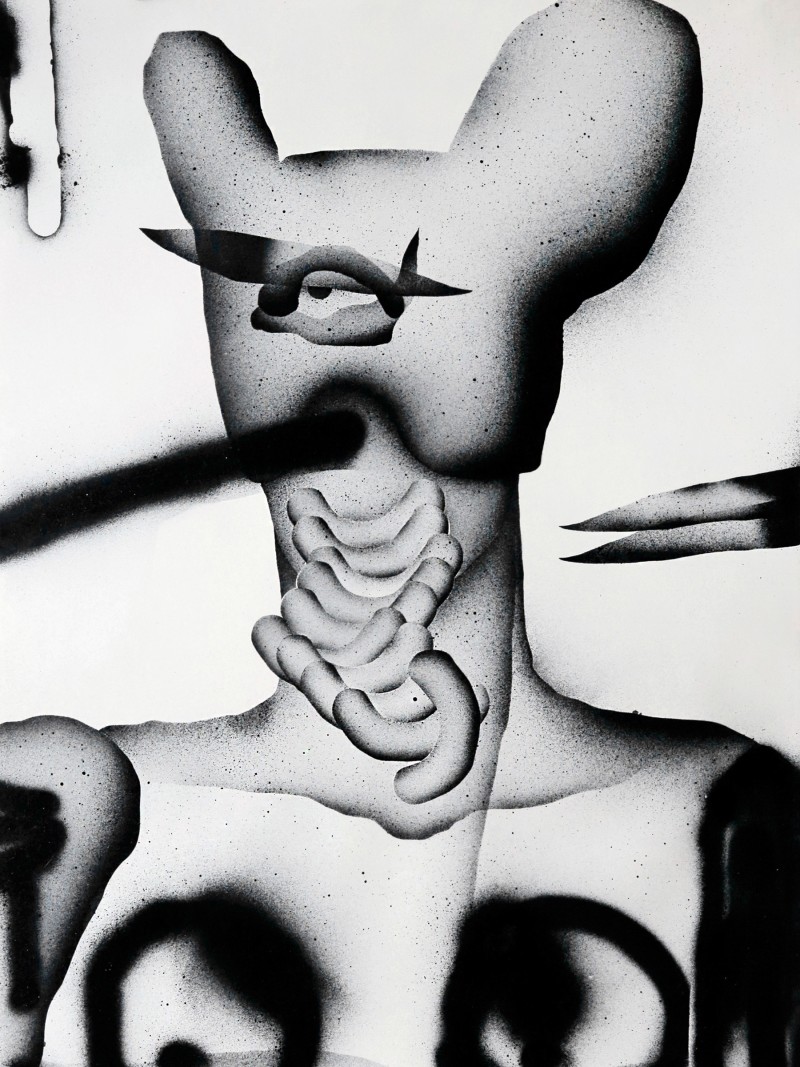 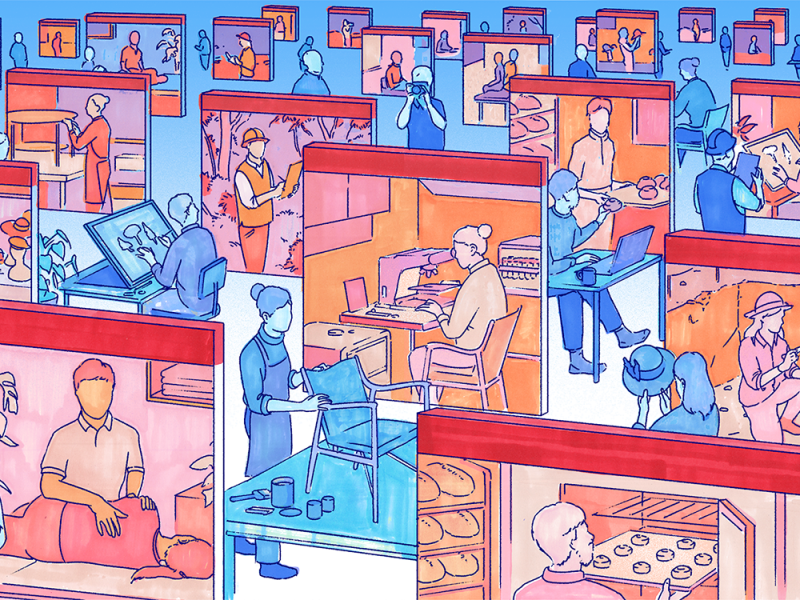 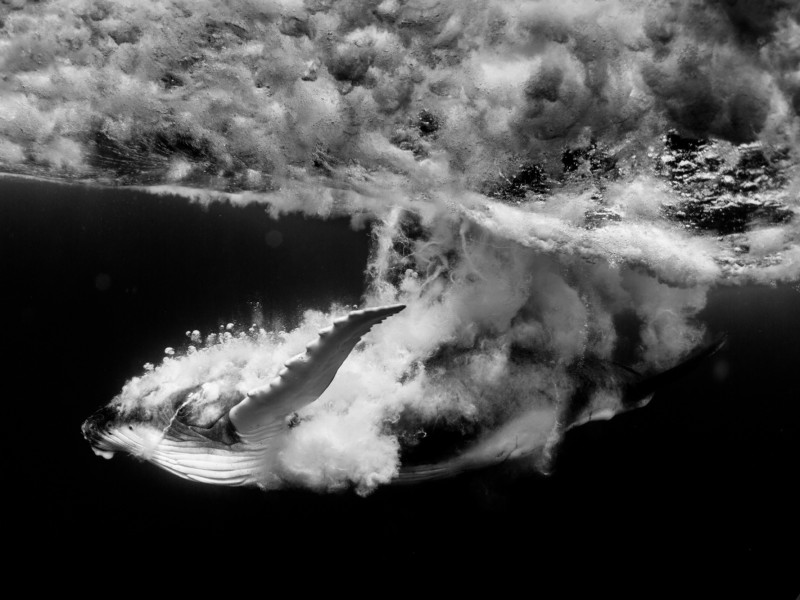 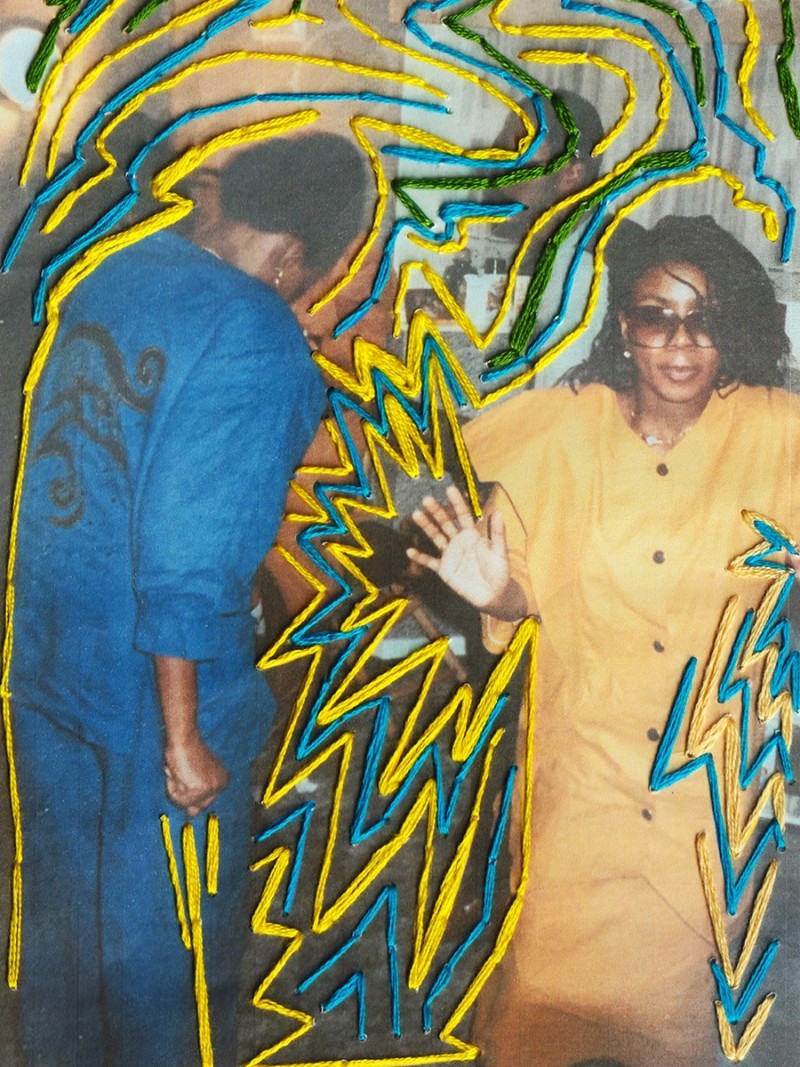 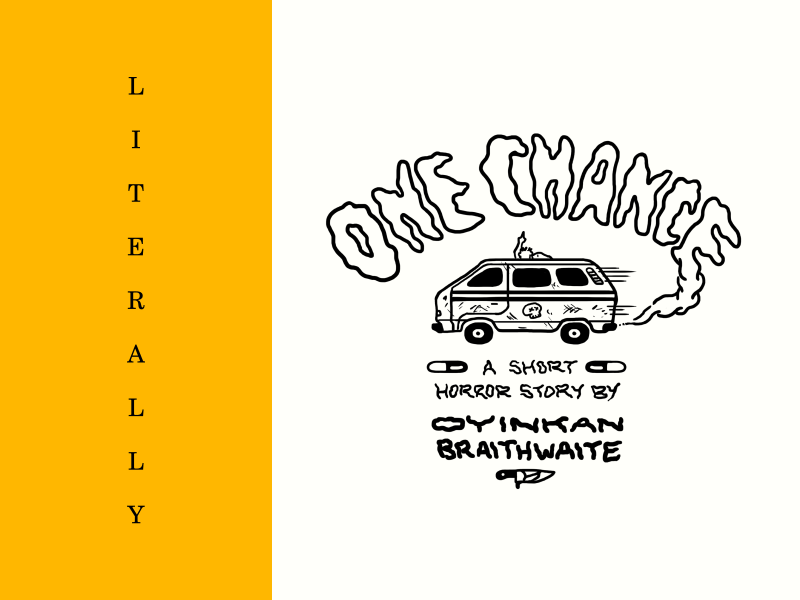 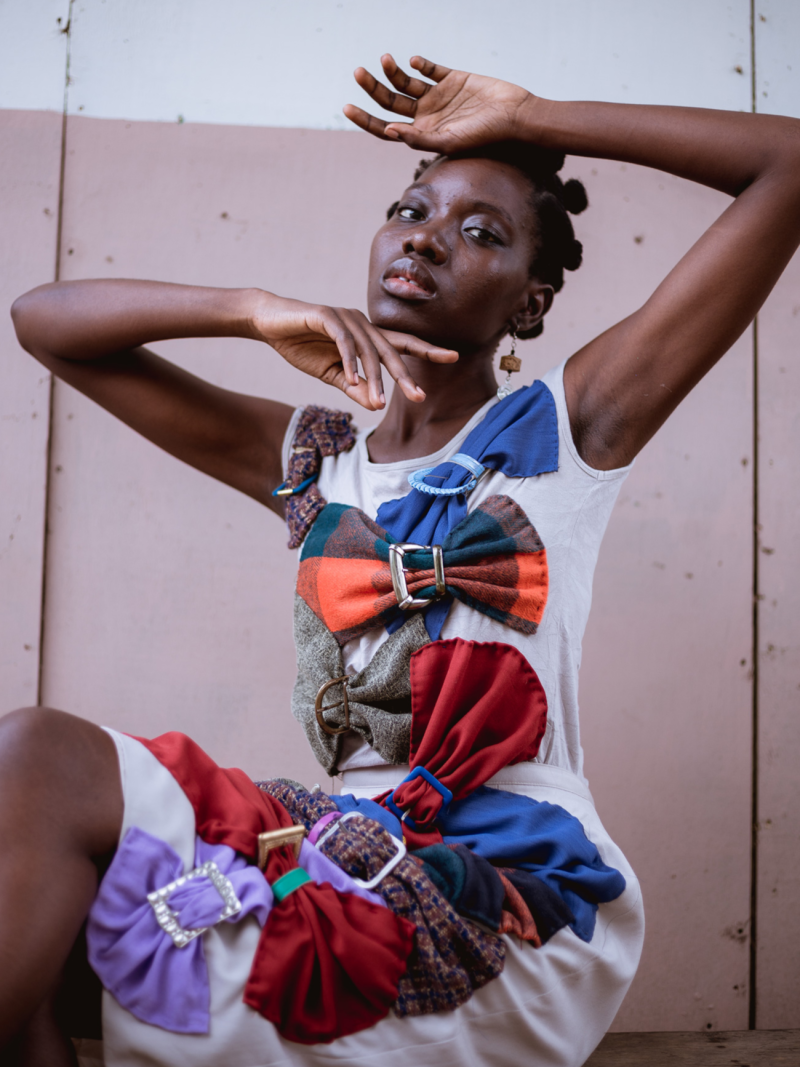