When you first start out in the creative industries, there is a lot of received wisdom. "This is how it works." "That’s just the way it is." But how true are these truisms? We partnered up with Lecture in Progress to look at six myths you often hear when it comes to creative careers and find out how true, if at all, they really are.

Why do pretty much all superheroes work in cities? Take Superman. Clark Kent was living in his childhood home of Smallville before he decided to pick up his roots and move to fictional hotspot, Metropolis. There are countless others. Batman has Gotham City; The Flash has Central City; Spider-Man has New York. For superheroes, though, it makes sense. There are more people in cities. And more people means more people to save. Or, in other words? More opportunities for work. 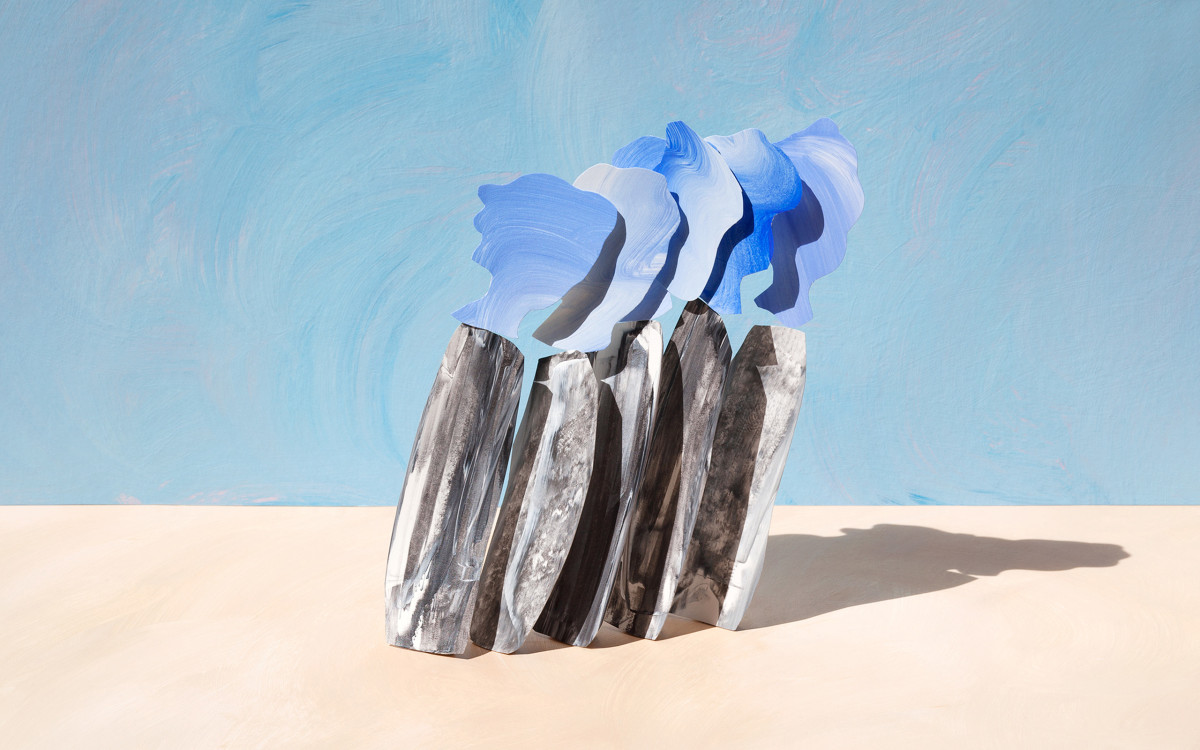 Success and the city

We’re all familiar with the idea that “making it big” in some way or another means moving to a big city. And for creatives in particular, the links between opportunity, success and the city are tightly bound. It’s easy to understand why we are so eager to pack our suitcases. Over time, cities have played their parts as important hubs of creative life. Take Paris’ “crazy years” of the 1920s, with its artist-lined cafés inhabited by the likes of Gertrude Stein and Pablo Picasso. Or the hordes of aspiring actors and filmmakers who still make the pilgrimage to Los Angeles.

“Every (admittedly dated) book I read said I needed to move to New York to be an artist,” affirms American illustrator Shyama Golden. And she did – when her then full-time job moved her to the Big Apple a few years ago. But big-city life, she remembers, felt “more transient, and less settled.” This was only amplified when Shyama was made redundant by the very opportunity that took her to New York in the first place – leaving her financially vulnerable in the seventh most expensive city in the world.

Thankfully though, that’s not where the dream ended for Shyama. Through savings and determination, she managed to continue living in Brooklyn, where she currently works as a successful freelance illustrator. But in the process, her opinion of big-city life changed. Currently, she says, “97% of my income comes from people who don’t care where I live. Social media is the true equaliser when it comes to location. At this point, I could live anywhere in the world and still attract illustration clients.” 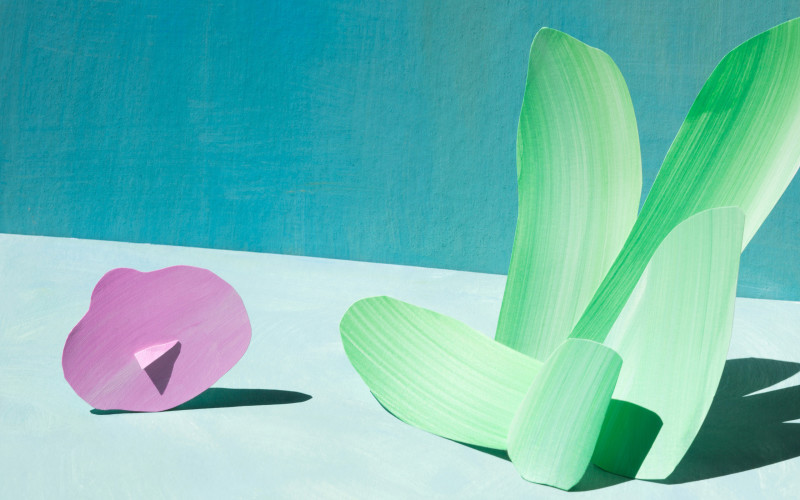 “There’s no denying that there are more opportunities to make connections in the city,” writes ethnographer and trend forecaster Karen Rosenkranz in her book, City Quitters. It’s easy to assume that bigger cities will have more great jobs for the taking, but this isn’t always the case. “There’s also much more competition,” Karen points out, “the bigger the city, the higher the pressure.”

Magnum Photography’s education manager, Sonia Jeunet agrees: “I tend to advise emerging photographers not to come to London at all.” Amid a global housing crisis and ongoing spikes in rent, while she reckons there are more jobs to be found in a city, “they won’t necessarily be the more interesting ones, but they’ll help pay the rent.”Documentary photographers, for example, are better-off in Nairobi or Beirut, she says, where there is a higher demand for editorial work.

City Quitters showcases creative pioneers who successfully sought out a post-urban life. But they aren’t exactly radicals. In fact, the numbers of people flocking to cities have proven to be waning for a while. Even ethnographers who, back in 2010, heralded this to be the “decade of the city” had to admit that city population rates in the US were diminishing in 2018, as more people dispersed further afield. “More and more people [are] doing this in their twenties,” Karen says, "because it’s about health, happiness, being more balanced and not sacrificing everything for a job.”

For an emerging creative, it’s understandable to want to throw yourself in the deep end of a big city and soak everything up. But as Karen puts it, rural or even small city living can offer the “opportunity to create culture rather than consume it”. Just look at Marfa – a small desert town in West Texas. Since minimalist artist Donald Judd moved there from New York in 1971, it’s developed a sought-after art scene that continues to thrive today.

Or take Jordanian type and graphic designer Ali Almasri. In 2015, he left a full-time branding job in Amman to embark on a tour of the Arab world. It’s led him to collaborate with local practitioners and tradespeople across print, textiles, products and more. Working away from a city helped him develop his practice and find a way of working that made more sense to him: “It wasn’t a change of career, but lifestyle. It felt more natural,” he affirms. 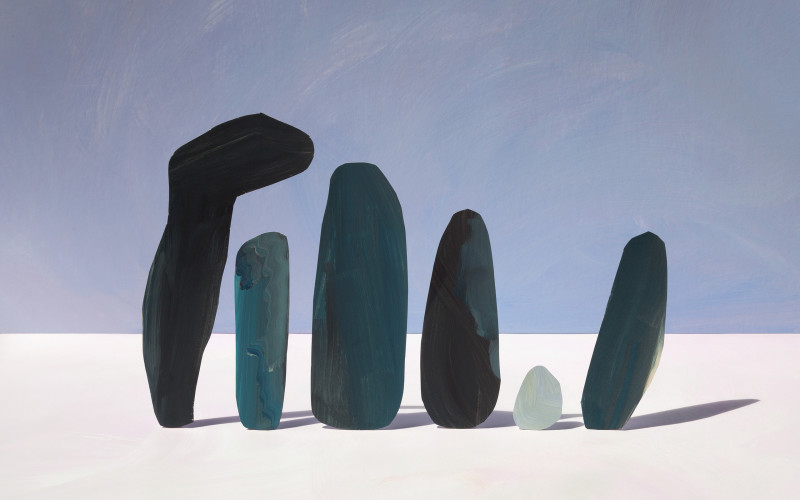 Technology has flattened the world

Of course, it’s naive to think that any of this would be possible without the internet. When American political commentator Thomas L Friedman’s book, The World is Flat, was published in 2005, he described how technology well, flattened things. In terms of work, this meant that, globally, we were suddenly on a much more even playing field. It was a shift that “accidentally made Beijing, Bangalore and Bethesda next-door neighbours”, meaning that everyone and anyone would be able to “plug in and play”.

Plug in and play they did. Today, the numbers of people working remotely are through the roof. In fact, it’s reported that at least 70% of people globally work remotely at least once a week. Even the latest update of video game The Sims offers players freelance career options, where their Sim can work from a location of their choosing.

The benefits are clear for businesses like online coding school SuperHi, whose team are mostly remote, dotted between the US and the UK. For its New York-based founder Rik Lomas, working in this way offers access to a broader pool of talent: “We can pick the best people in the world, rather than just New York," he says. For creatives, too, that means a wifi password is a passport to work anywhere in the world. One member of Rik’s team works from a co-working space more than 3,000 miles away, on a farm in Scotland.

Opportunity is not a destination

So, in a flat world, as the “decade of the city” winds down, is relocating to the nearest metropolis still essential for a budding career? According to our watches, no.

The thing is, relocating, although brave, is always a risk. Moving to a bigger city for some vague notion of finding “opportunities” is a bit like doing work for “exposure”; there’s no real promise here. And while that might sound pessimistic, it’s actually a pretty positive sign, because opportunity is not bound by geographical borders. It is not its own destination. Today, more so than ever, we’re able to work more flexibly, and create opportunities anywhere. So before you go booking a plane ticket, make sure you’re making most of exactly where you are first. Who knows where it might take you. 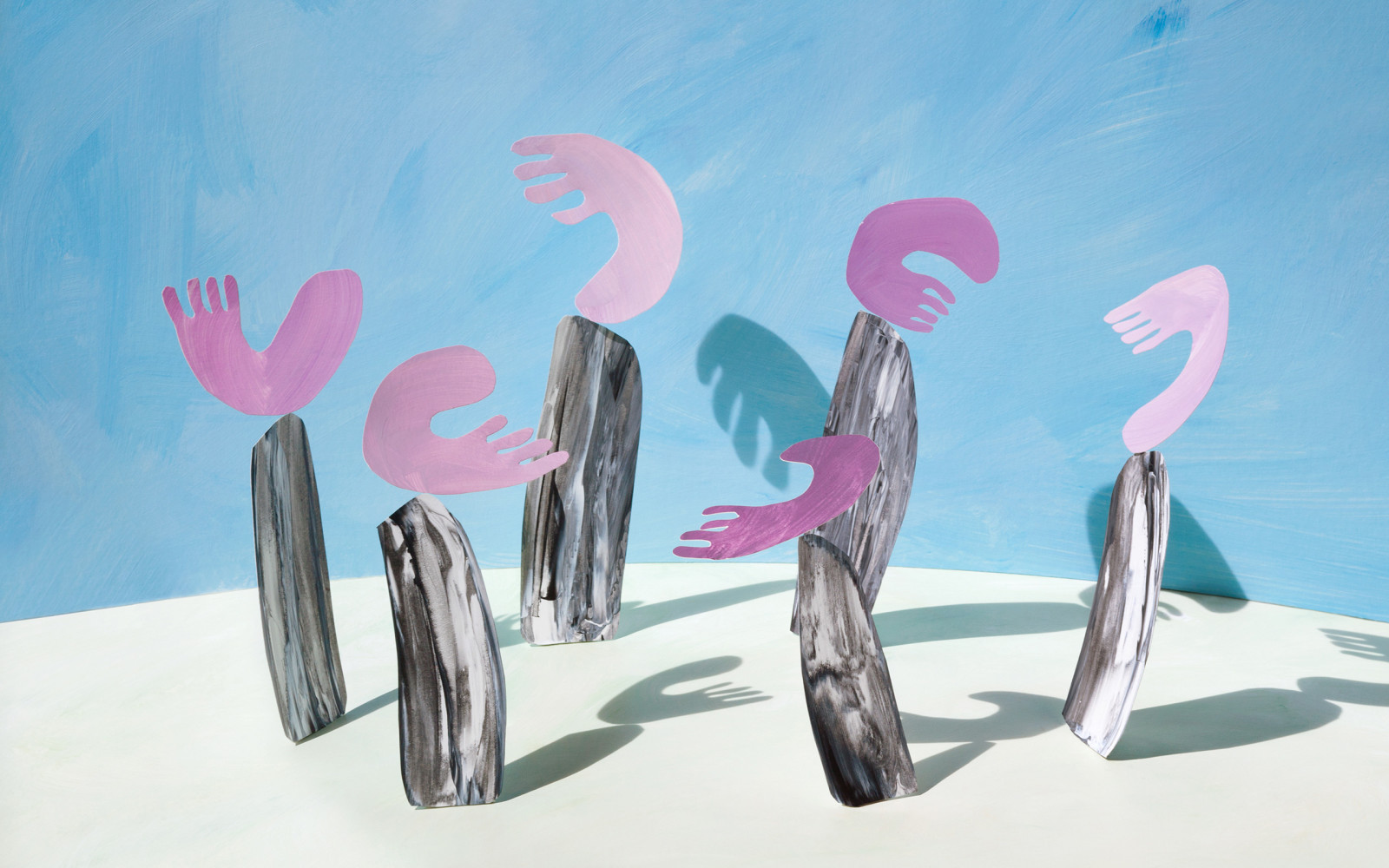 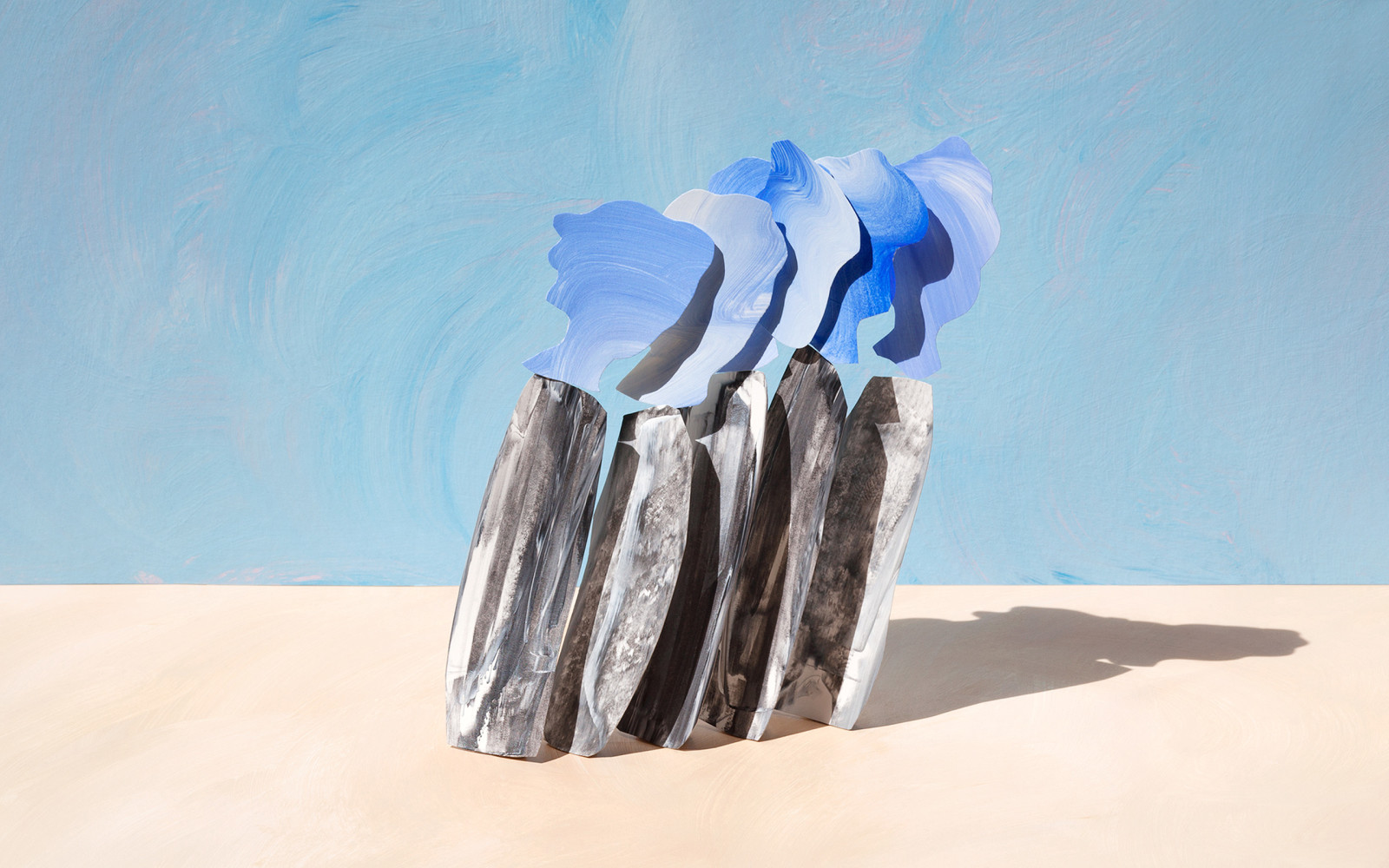 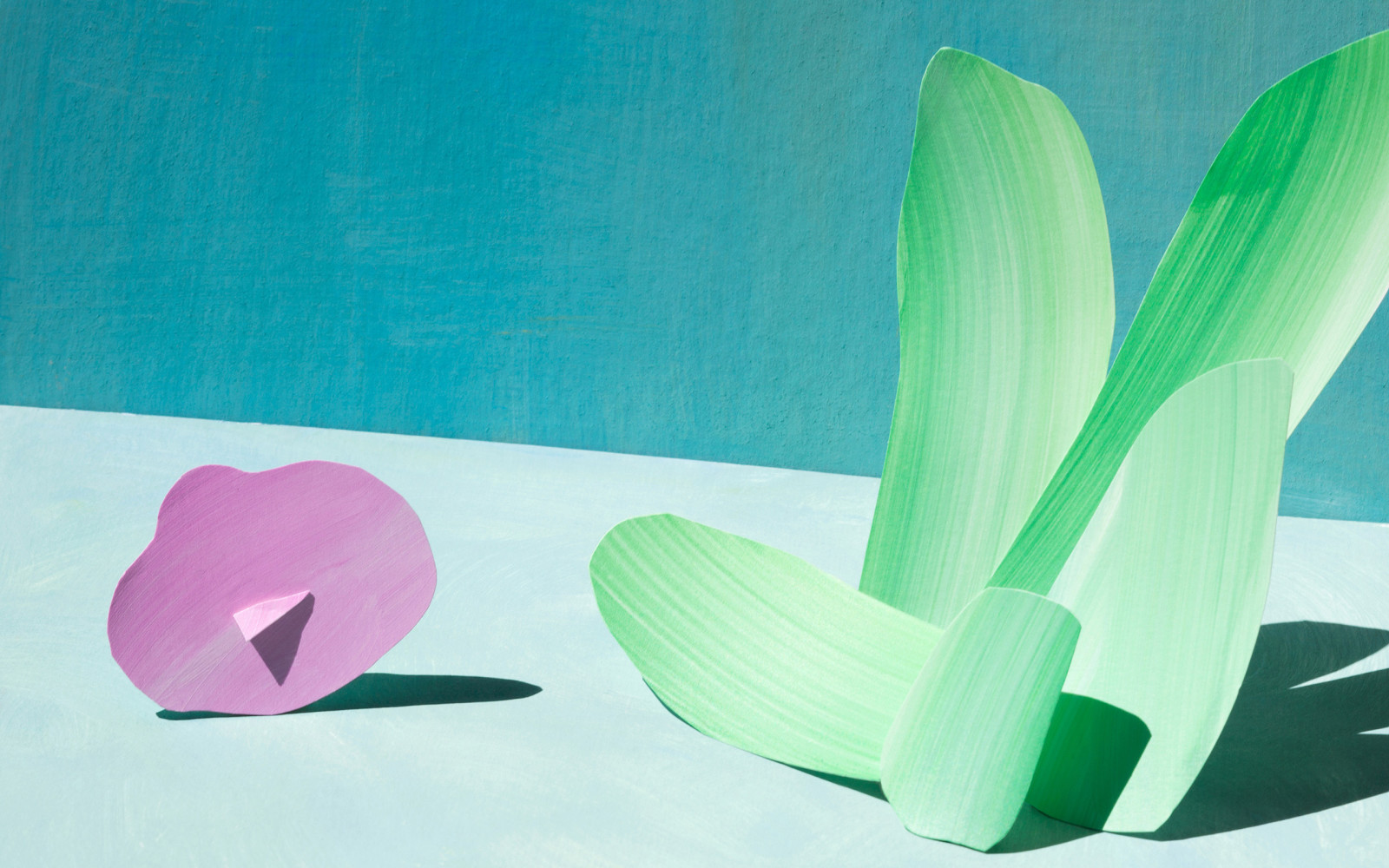 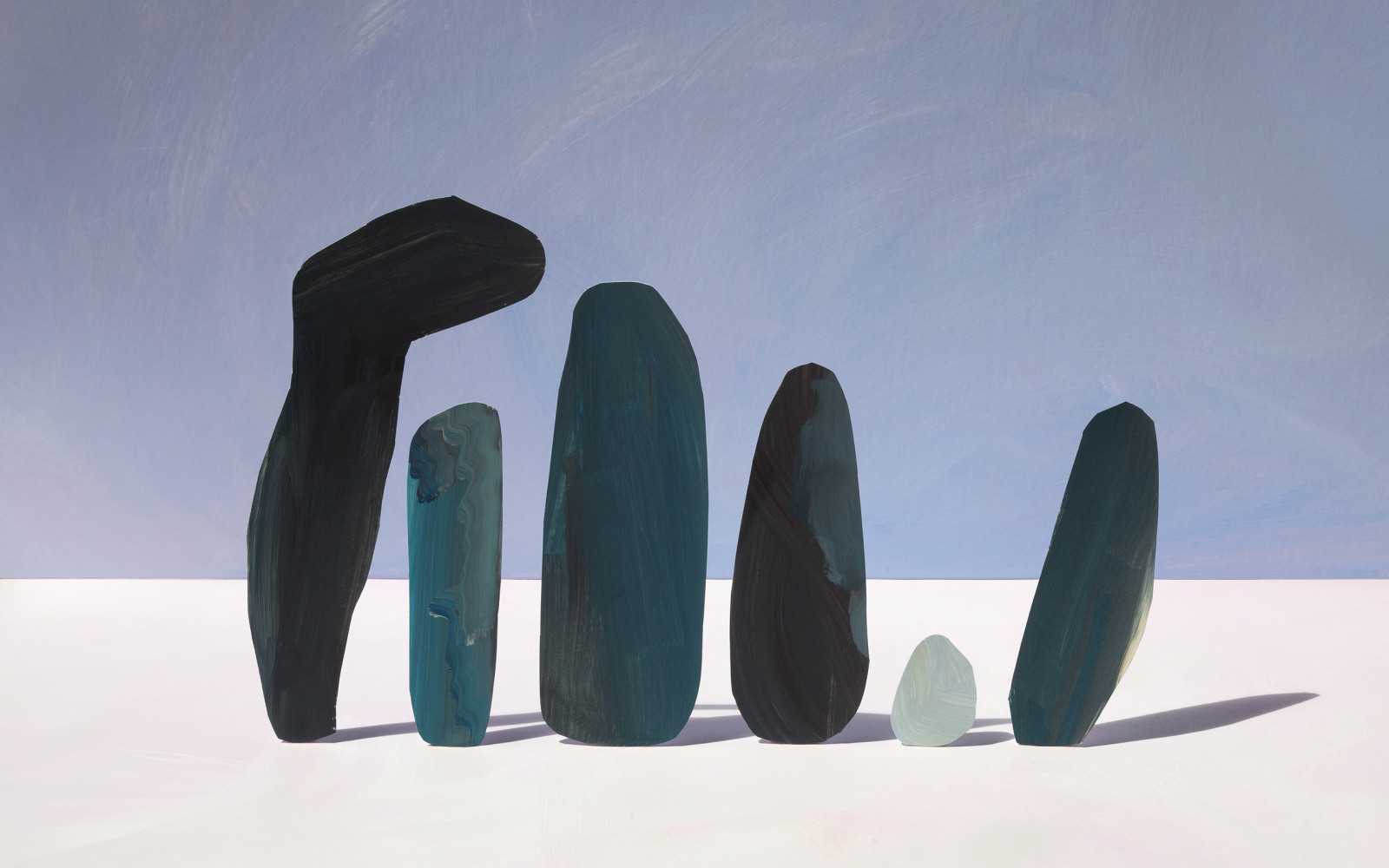 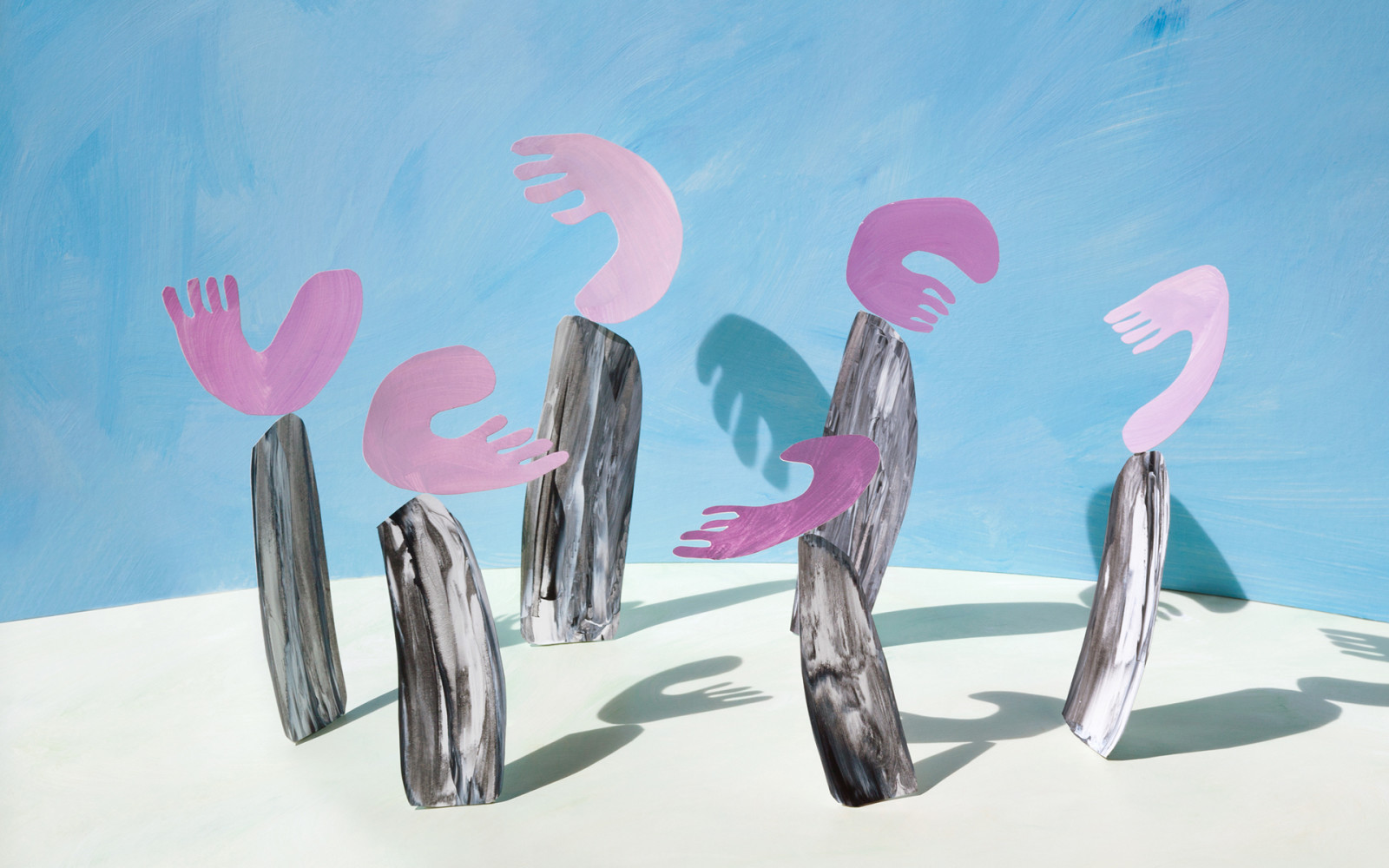 Debunk this myth and bridge the urban-rural divide via... 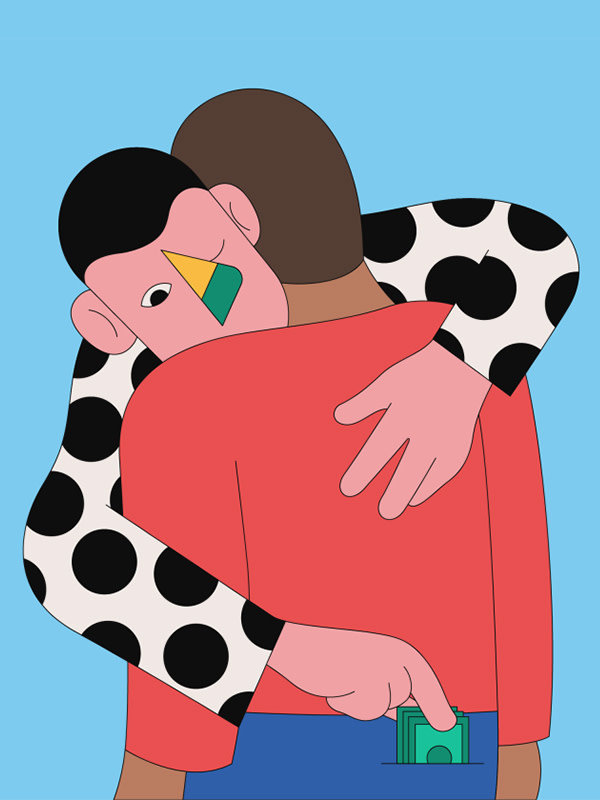 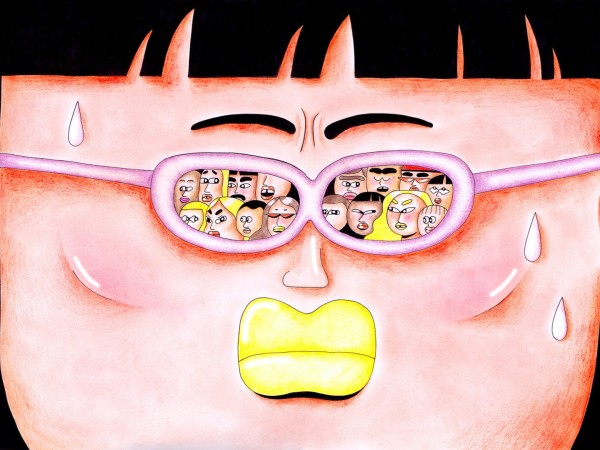 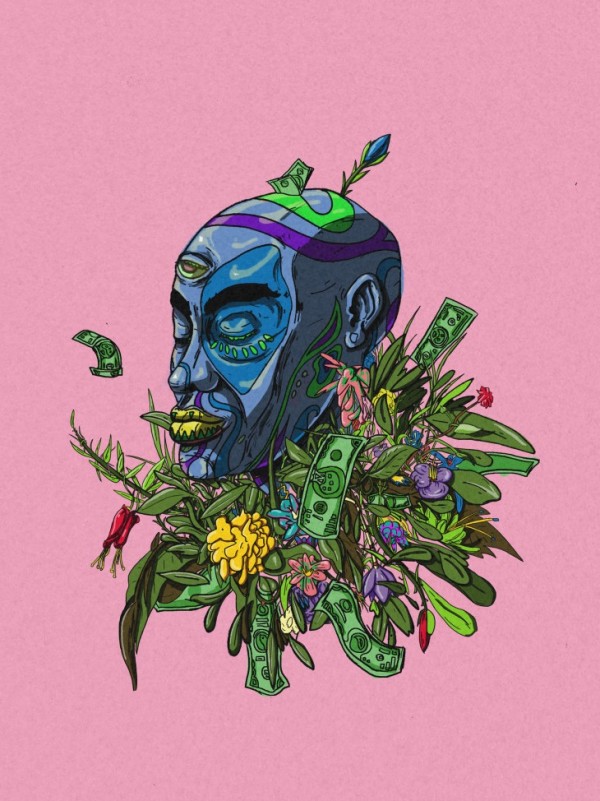 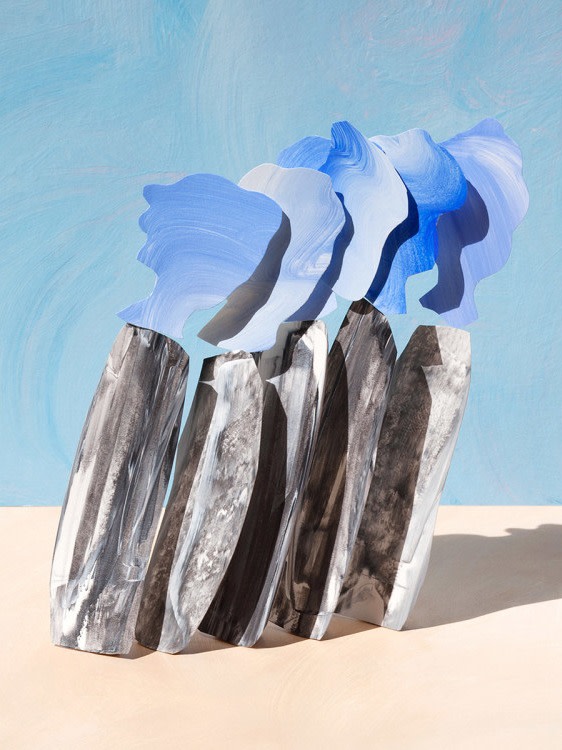 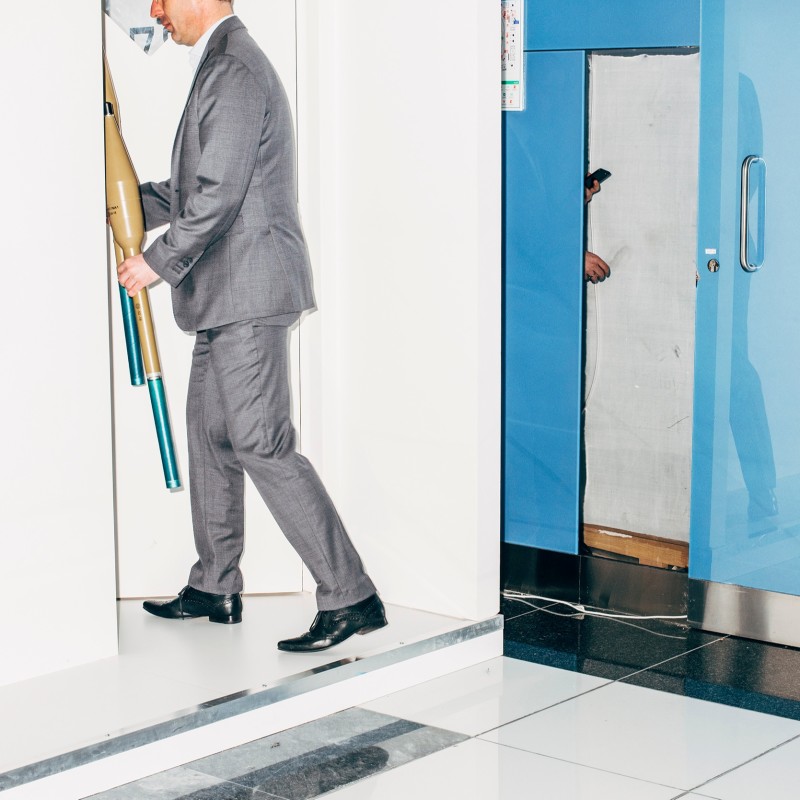 Weapons fairs are the total opposite of war 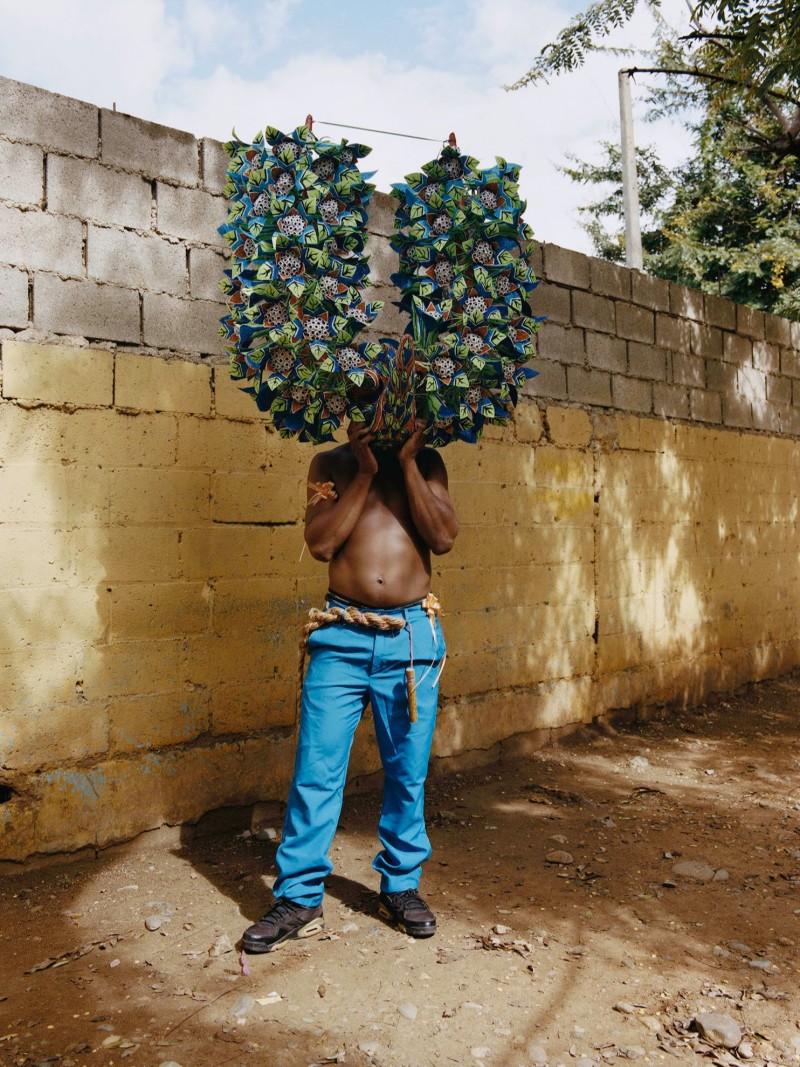 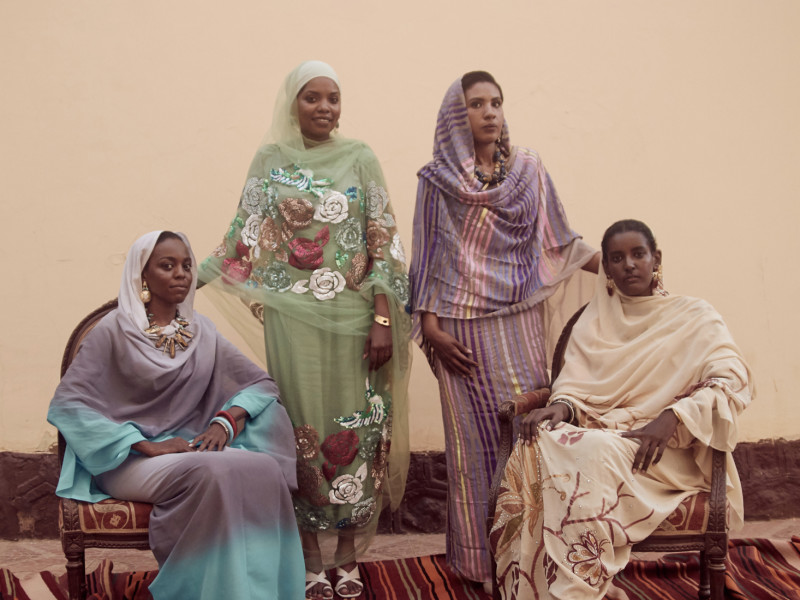 Discussing protest, change and ambition with the women of Sudan 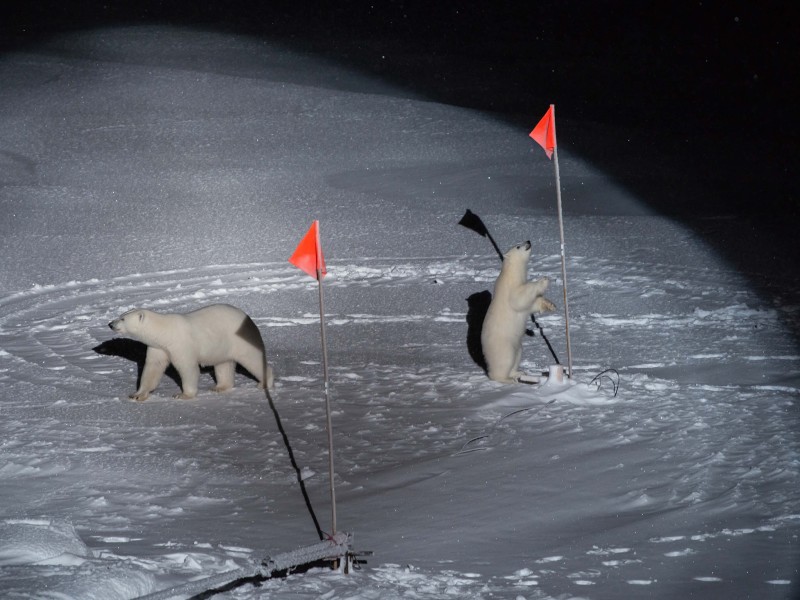 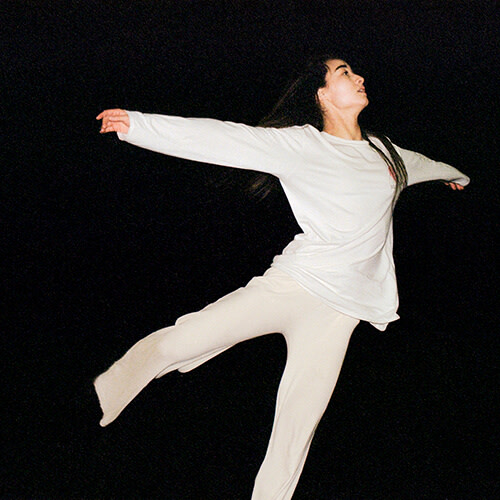 I didn't know that other women did this

Every protest sends a message of resistance